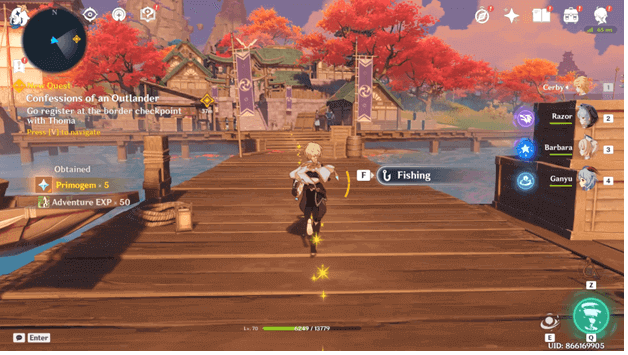 While you have just arrived in Inazuma, it looks like there is more to it than simply going to the region and you will need to make things more official.

Inazuma seems to have gone astray now and it looks like by helping some of the people, you might win their favor.

Thoma will stick around to guide you and will be able to help you out with most of the issues, which will make things a lot easier.

How To Get Confessions of an Outlander Quest?

The Confessions of an Outlander quest begins right after you have reached Inazuma and met Thoma for the first time.

Confessions of an Outlander Quest Objectives 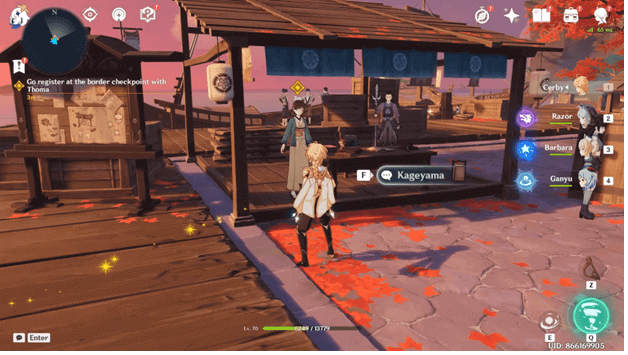 1) Go Register at the Border Checkpoint with Thoma

You will need to begin by registering at the border checkpoint, which is done by speaking to Kageyama, who can be found just a few steps away.

Speak with Kageyama to begin a cutscene where the group attempts to register and thankfully Thoma will already have something planned out.

Your next destination will be the Outlander Affairs Agency, which can be found up the nearby stairs and is marked by a waypoint.

At this point, you will be able to unlock one of the first Teleport Waypoints in Inazuma, which will be good for fast traveling around.

Speak to Yurika, who will charge you for applying for residency, which costs 1 million Mora each but once again Thoma can help sort things out.

Now that you have finished applying for residency, it’s time for you to head to the International Trade Association which is where things begin to get more complicated.

Kurisu will begin explaining the situation regarding Crystal Marrow and a vendor who is pushing the price higher. 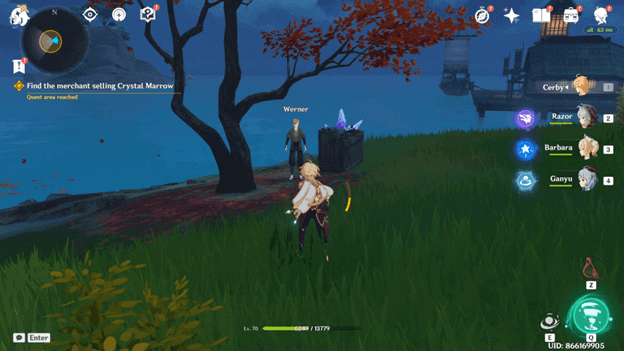 You will need to find the merchant, who is located under the tree near the location marked by a waypoint, and will have to speak with him.

Speak with the merchant, who is later known as Werner and a dialogue will begin which will later end with you needing to find Thoma.

Head over to Thoma’s location and speak with him and a dialogue will begin where he tells you more about the merchant.

Head back to Werner and speak to him again for dialogue and you will be given options to help remind him about Mondstadt.

You will need to choose objects and dialogue from your inventory that matches the regions, which will cause Werner to soften up.

The same will go for Liyue Harbor as you bring up more to remind him and after that, he won’t be able to take it anymore.

Werner will open up and tell you about his situation, revealing a scheme made by the tax-collection ashigaru.

Now that things are clearer, you will need to investigate further by searching for Keijirou and looking for traces to find him.

A waypoint will be marking where you need to go and once you reach it, a cutscene will show Keijirou appear on the scene. 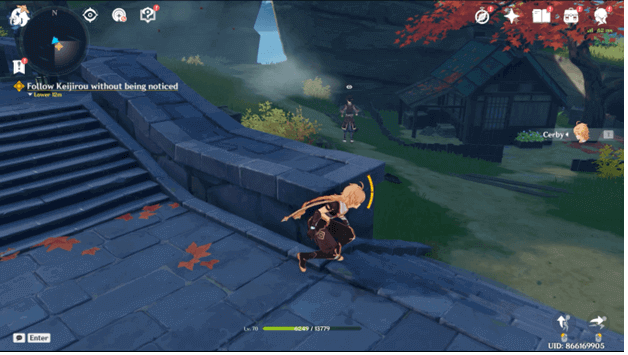 After the cutscene where you see Keijirou, you will enter stealth mode and will need to avoid being seen by him as you follow.

Continue following Keijirou without being noticed by keeping your distance and hiding behind objects to avoid his line of sight.

It looks like Keijirou buried something by the rocks and once he leaves, you will need to interact with the marked area to dig up what he has hidden.

Interacting with the area will reveal that there is a ledger, which has records of every transaction, which will prove Keijirou’s schemes. 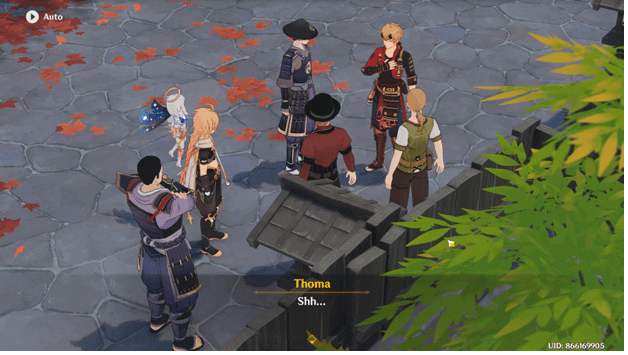 11) Tell the International Trade Association About What Really Happened

Now that you have the evidence you need, head back to the International Trade Association and a cutscene will begin.

Keijirou will be going about his plots once more and you will interrupt him with the evidence, which later starts making things complicated.

Katsuie the Chief Samurai of the Kanjou Commission arrives and begins to take Keijirou’s side but once again Thoma steps in to help.

Once the commotion is over, head over to where Thoma is marked by a waypoint and speak to him which later completes the quest.

Confessions of an Outlander Rewards

After you have completed The Confessions of an Outlander quest, you will receive Adventure EXP, and Mora as well as additional rewards.

You will also unlock the achievement “Ready, Fight!”. 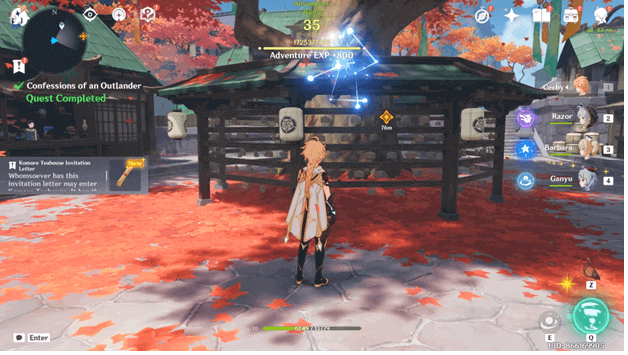 Inazuma seems to have a lot going on and just upon arriving, you were able to help sort a few things out and help people in the process.

Now that some of the issues have been settled and you have gained a bit of favor, it looks like you will be slightly more welcomed in the region.

Although your stay is not yet official, it looks like Thoma has found a way to get you to meet someone that can help and has given you an Invitation Letter to meet them.