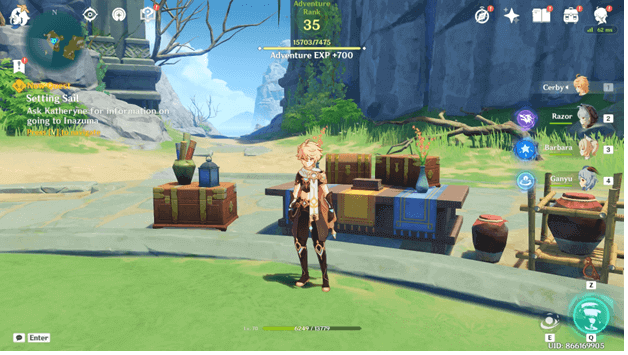 After you have previously helped Kazuha retrieve a stolen Masterless Vision, he has declared you a champion of the Crux Clash tournament.

You initially joined as a deal for Beidou to bring you to Inazuma and can now make your way to a new land across the sea.

While this part of your journey may seem like an easy one, not everything goes as smoothly as you expect once you arrive at the new land.

How To Get Setting Sail Quest?

Setting Sail is the first quest in Chapter II Act 1 – The Immovable God and the Eternal Euthymia and begins your journey into Inazuma. The main requirements to activate this quest are you must Reach Adventure 30 and complete the Chapter II Prologue. 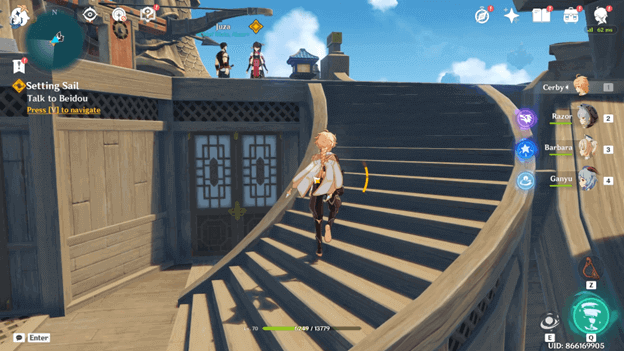 1) Ask Katheryne for Information on Going to Inazuma

Katheryne’s location will be marked by a waypoint, and you will need to head over to Liyue Harbor to speak with her.

You will need to select the “About Traveling to Inazuma” option and Sea Drake will appear and notify you that preparations are being made to set sail.

2) Board the Alcor and Find Beidou

During the cutscene, you will see the Alcor being prepared and setting sail afterward, which gives a glimpse of Inazuma’s scenic locations.

As the Alcor docks, you will be introduced to a man named Thoma, who later has a big part to play in your adventures in Inazuma.

Once the cutscene has finished, the quest will be finished and you will now find yourself in Inazuma, now in the hands of Thoma.

After you have completed the Setting Sail quest, you will receive Adventure EXP, and Mora as well as additional rewards.

You will also unlock the achievement “Through the Storm”. 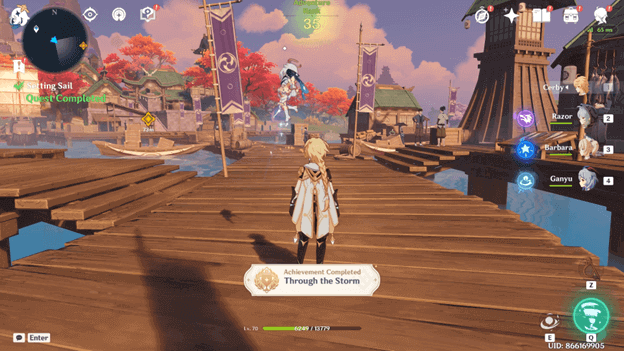 It looks like you have finally gotten to Inazuma after going through a slight detour but in the end, you were finally able to make it.

While this quest was a simple and quick one, it now sets you off on a new adventure where you will now encounter more characters, enemies, and beautiful land to explore.

It appears things will not be so easy though because Inazuma is a strict region, and you may have some things to do before you can go about your own business.