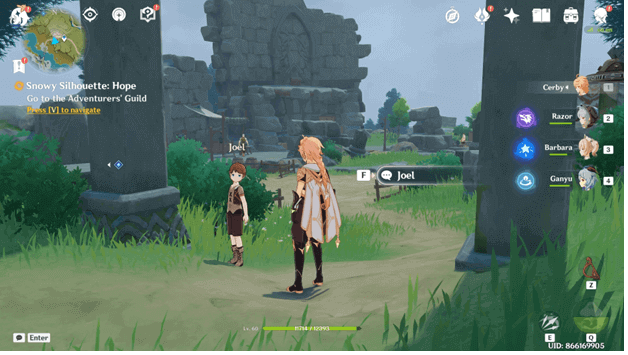 Back during the Lost in Snow world quest, you recently met a boy named Joel who had been searching for his father.

Although you attempted to find the boy’s father, there was no luck but this time around it seems that there are now clues.

Joel has heard that his Uncle Cyrus, who is in Mondstadt City may have leads that may be promising enough to find his father.

How To Get Snowy Silhouette Hope?

The Snowy Silhouette Hope world quest will become available after you have completed the Lost in Snow world quest. It will not become active right away and will instead appear once you have waited for the next daily reset to occur. 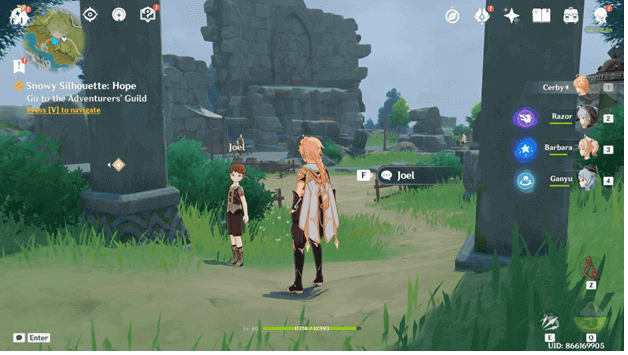 The quest begins with you returning to Joel and he will be at the same location you found him at during the Lost in Snow world quest.

Head towards the waypoint marking Joel’s location on your map and speak with him, which will reveal that his Uncle Cyrus may have a lead on the location of Joel’s father.

2) Go to the Adventurers’ Guild

Joel will ask you to head over to Cyrus who is located in Mondstadt City and you will need to speak with him to learn more.

You can teleport to Mondstadt City to get there quickly and once you arrive Cyrus will be speaking with Reckless Pallad.

It appears that Reckless Pallad saw a figure at Dragonspine but was unable to investigate further due to fearing a group of monsters.

3) Go to Dragonspine and Look for Clues

Everyone sets out to check Dragonspine and you will need to head over to the marked location, which is where Reckless Pallad will have gone off to.

Upon arriving at the marked location, a group of Hilichurls will be present, which are most likely the ones that scared off Reckless Pallad. 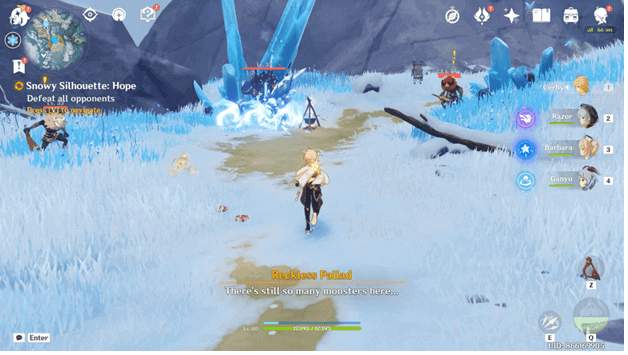 You will need to defeat all the Hilichurls in the area and afterward, Reckless Pallad will be nearby, and you can speak to him.

Head over to Reckless Pallad to speak with him and he will tell you that he will continue to search for Joel’s father.

Reckless Pallad will ask you to return to Cyrus to report what has happened so that he can begin his search without waiting.

Once you have finished speaking with Reckless Pallad, head back to Mondstadt City and report to Cyrus, who will ask you to go back to update Joel.

7) Report Back to Joel

Go back to the Dragonspine Adventurer’s Camp and head over to where Joel is (marked on the map) and speak with him to give the details on what happened. 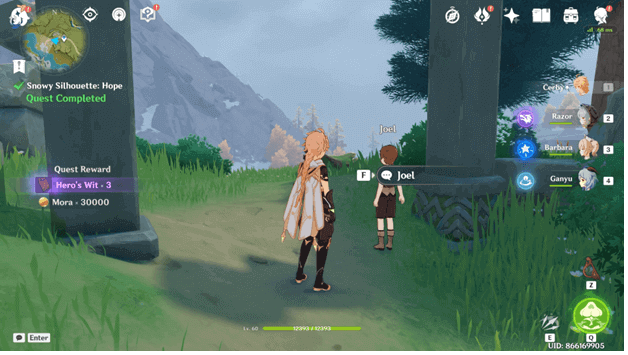 After you had spoken with Cyrus and Reckless Pallad, it turns out that there was indeed someone in the mountains, but they are still missing.

Now that you have cleared out the monsters at Dragonspine, Reckless Pallad will be able to continue his search for Joel’s father.

Cyrus plans to join Reckless Pallad to help find Joel’s father faster and Joel has his hopes up that he will see his father soon.