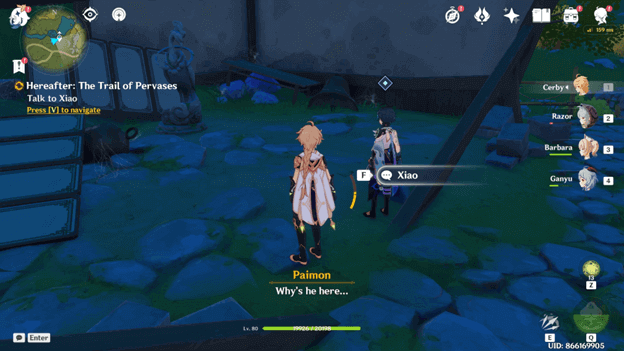 During the Alatus Chapter Act I – Butterfly’s Dream, you encountered a man who had been an imposter, posing as an Adepti.

As you were able to foil his plot and put an end to his schemes, the man promised to change for the better and later disappeared.

Remembering that Pervases had a favorite dish, you decide to have it cooked by the chef in Wanmin Restaurant to pay your respects to him.

How To Get Hereafter The Trail of Pervases?

If you are wondering how to unlock Hereafter The Trail of Pervases, you simply need to head to Wanmin Restaurant and the quest should appear.

Hereafter The Trail of Pervases quest becomes available only if you have completed the Alatus Chapter Act I – Butterfly’s Dream story quest. 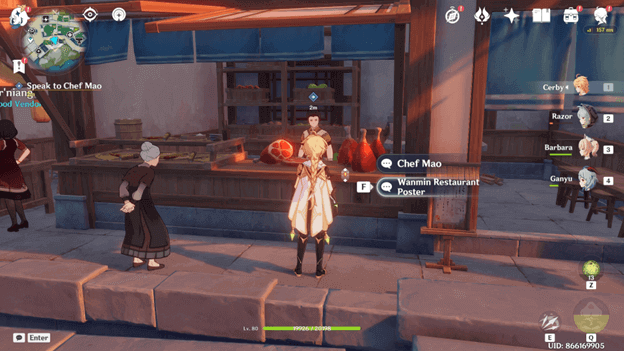 Once the quest begins, you will need to head over to Chef Mao at the Wanmin Restaurant and you will then order some Grilled Tiger Fish.

After the dialogue finishes, he will have given you the Grilled Tiger Fish which you will bring to pay your respects to Pervases.

A waypoint will mark the location of the run-down temple and you can use a Teleport Waypoint to get there and simply glide down.

As you reach the temple you will see that Xiao, who you previously encountered during some quests will be standing at the temple.

Approach Xiao and speak with him, which causes a dialogue to begin where you talk about the temple and its poor condition.

Just as you are talking, a mysterious voice calls out from afar, shouting for help which causes you and Xiao to rush to their aid. 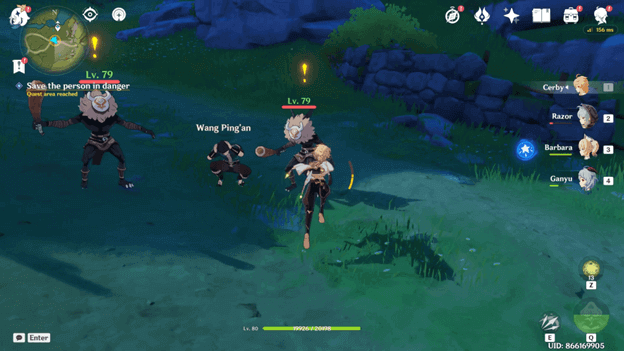 4) Save the Person in Danger

A man named Wang Ping’an will be under attack by Hilichurls and you will need to defeat the attackers to save him.

Once you have defeated the Hilichurls that are attacking Wang Ping’an, you will be able to speak with him afterward.

Wang Ping’an will be familiar with who you are, and it will turn out that he was the imposter who was pretending to be an Adepti during a previous quest.

It appears that Wang Ping’an had changed and decided to head back to the temple to make its repairs until he was attacked.

6) Go Back to the Pervases Statue

Wang Ping’an suggests that you head back to the temple to continue your conversation there and you will need to follow him.

A waypoint will mark the location once more to the temple nearby and you will need to head over there to speak with him.

Wang Ping’an will talk about his change of heart and that he decided to fix the temple and after the dialogue, the quest will come to an end.

Hereafter The Trail of Pervases Rewards

Completing Hereafter The Trail of Pervases quest ends up only rewarding you with 20 Liyue Reputation EXP but also unlocks the next part of its quest series.

Upon the next daily reset, you will be able to begin the Hereafter: All is Well quest, which is its continuation. 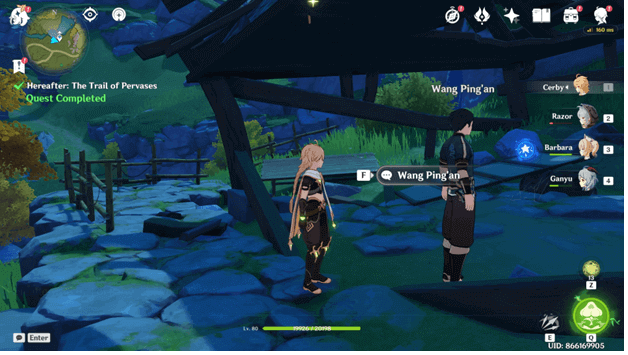 As you had intended on simply paying your respects to Pervases after having met him in the past, it looks like there was more going on.

The man who had once been an imposter going by the name of Starsnatcher seems to have had a change of heart and wants to do something good.

At this point, even Paimon is unsure if the man is serious about his plans, but he did mention that he wishes to restore the temple to its former glory.