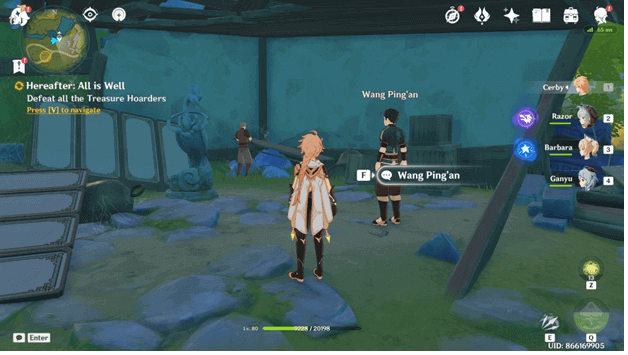 After previously saving a man named Wang Ping’an from some Hilichurls, it turns out the man who was an imposter known as Starsnatcher back then is now trying to fix the temple.

Out of curiosity, you head back to the temple to see if he did mean every word he said and it looks like he was truthful.

Although construction has begun, it seems that things may not be that easy as it turns out that Treasure Hoarders are nearby.

How To Get Hereafter All is Well Quest?

This quest begins after you have completed the Hereafter The Trail of Pervases quest and have already waited for a daily reset to happen.

Hereafter All is Well Quest Objectives 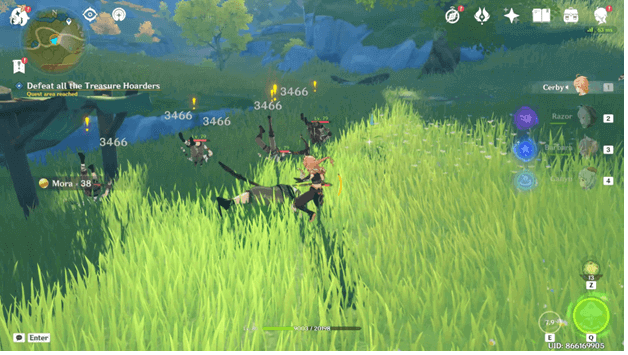 The quest begins with you needing to talk to Wang Ping’an who will be back at the temple, and you can head over by using a Teleport Waypoint.

A waypoint will mark the location of Wang Ping’an at the temple and you will need to head over to him and begin a dialogue.

Wang Ping’an will have already started the process of rebuilding the temple, but some Treasure Hoarders appear to be lurking nearby.

2) Defeat All the Treasure Hoarders

To ensure that they do not interrupt the construction, you have been asked by Wang Ping’an to take care of the Treasure Hoarders.

There will be a location on your map which shows where they are camped, and you will need to head over and defeat all of them. 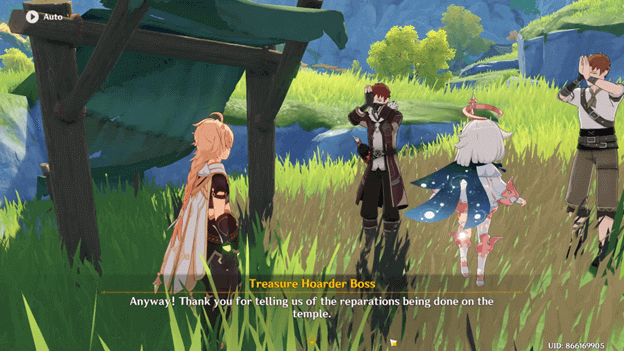 3) Talk to the Treasure Hoarders

After you have defeated the Treasure Hoarders, a dialogue will begin, and they will be curious about why you attacked them.

Once you have explained about the temple’s reconstruction, they will ask for forgiveness and make sure that none of their other members remain in the area.

4) Report Back to Wang Ping’an

After taking care of the Treasure Hoarders, you will need to head back to Wang Ping’an and he will be thankful for your help.

Aside from the help you have already given, Wing Ping’an will ask you for 12 pieces of Sandbearer Wood, which may be considered your contribution to the temple.

Once you have obtained 12 Sandbearer Wood, head back to Wang Ping’an and he will accept it from you and the quest will be complete after a bit of dialogue.

Hereafter All is Well Rewards

Completing the Hereafter All is Well quest ends up only rewarding you with 20 Liyue Reputation EXP but also unlocks the next part of its quest series.

Upon the next daily reset, you will be able to begin the Hereafter: Return to the Mountains quest, which concludes the quest series. 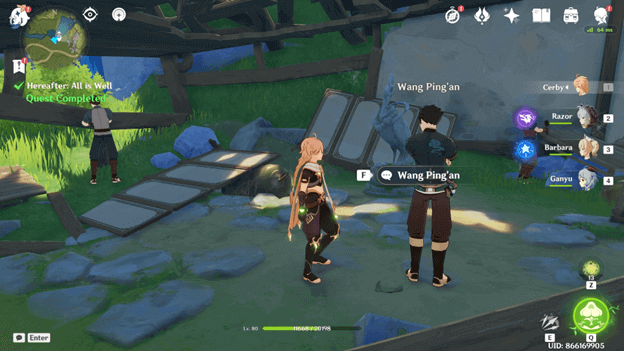 It turns out that Wang Ping’an was sincere about repairing the temple and he even got the help of the Millelith to back him up.

While the Treasure Hoarders in the area were not exactly after the temple, it seems you were able to get rid of them to be sure.

Now that everything is prepared, the temple should be back to its former glory and this will be more than enough to have paid your respects to Pervases.