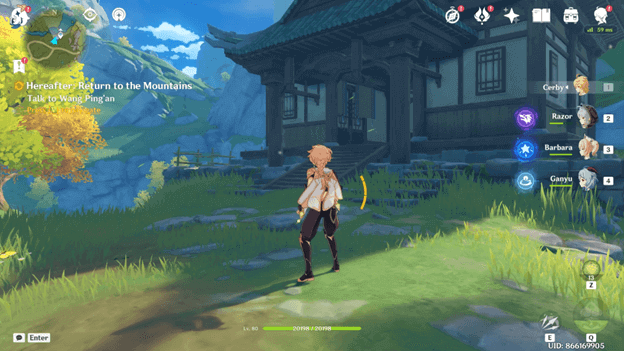 Returning once more to the Temple of Pervases, you will realize that it has now been fully rebuilt and that Wang Ping’an had followed through with his plans.

Now that the temple has been rebuilt, you decide to look and Wang Ping’an will be inside, happy about what he has accomplished.

It looks like this time you can properly pay your respects to Pervases now that the temple has been restored to its new condition.

How To Get Hereafter Return to the Mountains Quest?

This quest begins after you have completed the Hereafter All is Well quest and have already waited for a daily reset to happen. 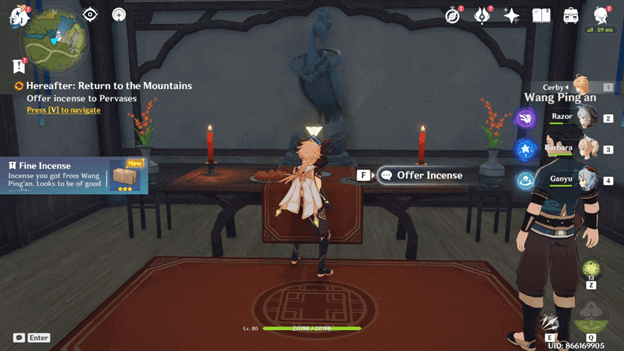 1) Go Back to the Pervases Statue

The quest begins with you needing to head back to the temple, which can be done by teleporting to the Teleport Waypoint near the marked location.

You will notice that the temple is now fully rebuilt and that it has been restored to its former glory, which is where Wang Ping’an will be.

Go inside the temple and speak to Wang Ping’an and he will give you Fine Incense which you can use to offer to Pervases.

Once you have obtained the Fine Incense from Wang Ping’an, approach the statue in the temple and interact with it to offer the incense.

After offering incense, you will see it appear visually and this will now have been your way to pay your respects to Pervases. 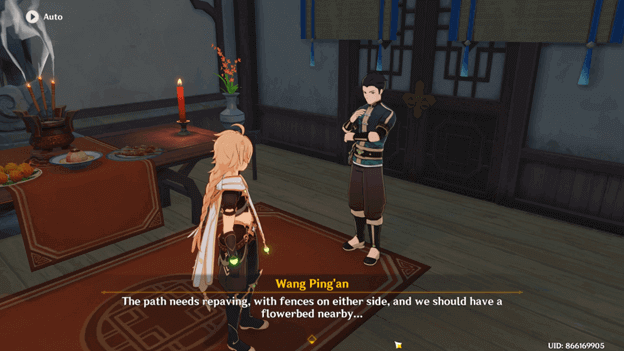 After offering the incense, speak with Wang Ping’an and he will talk more about the temple, and afterward, the quest will come to an end.

Wang Ping’an seems to be concerned about the temple and it looks like he has further planned in the future to make improvements to the temple and be devoted to it.

Hereafter Return to the Mountains Rewards

After you have completed the Hereafter Return to the Mountains quest, you will receive Adventure EXP, Liyue Reputation EXP, and Mora as well as additional rewards. 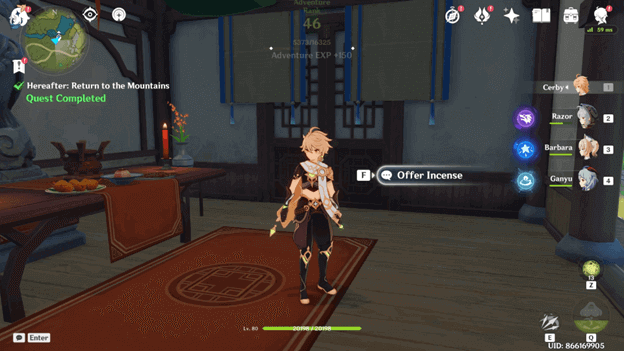 What was then a broken-down temple is now a fully restored and elegant place thanks to Wang Ping’an and your help.

Now that the temple has been restored to its former glory, there are hopes for others to visit and pay their respects.

Wang Ping’an has become a whole new person thanks to your help, and it looks like he has decided to take care of the temple from now on.