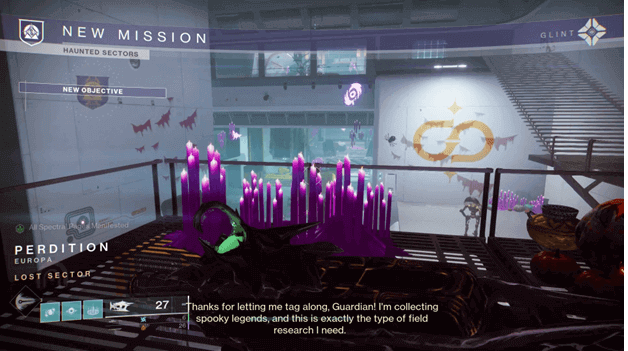 Destiny 2 features a lot of ways for you to grind to get a lot of gear and with the arrival of this year’s Festival of the Lost, a lot more goodies have become available.

With the Haunted Sector activity, players can easily obtain one of the Festival of the Lost’s main currencies as well as farm for weapons.

The Haunted Sector is a great way to grind and is not that hard, especially when you are playing with other players.

What Are Haunted Sectors?

Haunted Sectors are variants of some of the Sectors that you may have been through across different destinations.

These are altered and now have a Halloween theme amongst them, following a story about the Headless Ones and more.

As these are different from the Sectors in other ways, players will find that these are much easier to complete at certain points.

How To Unlock Haunted Sectors?

To unlock Haunted Sectors, you will first need to begin the Gone But Not Forgotten quest, which is pretty much a tutorial of everything in Festival of the Lost.

During the quest, you will get to experience how everything works and should have some idea of how Haunted Sectors work.

After completing the Gone But Not Forgotten quest, you will be able to freely grind away on the different Haunted Sectors. 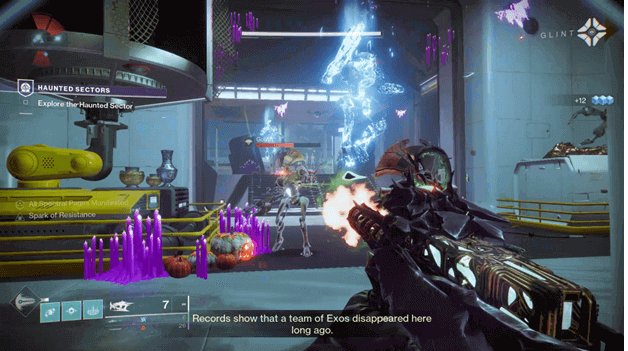 Haunted Sectors are very straightforward, and you can simply skip most of the early parts of the area, but this would cause you to miss out on Candy if you don’t kill some enemies.

Any enemies killed along the way who drop Candy are still good as the stuff you did not pick up will eventually be available at the Postmaster.

Once you have started the Haunted Sector, you will need to explore it, which is pretty much just getting to the end where you would fight the boss.

2) Getting Ahead (Defeat Headless Ones) 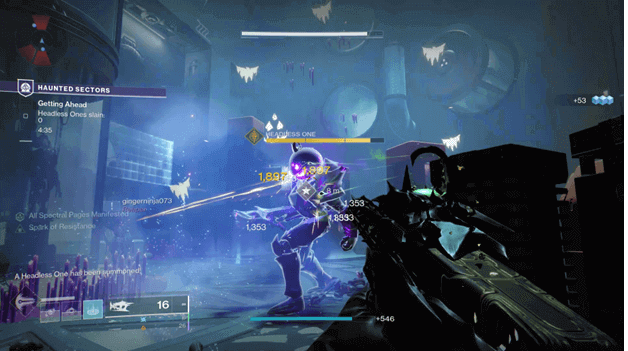 Once you have advanced deeper into the Haunted Sector, you will need to start doing rituals and defeating Headless Ones.

To do a ritual, you will need to stand in the areas marked with a green circle that has candles surrounding a pumpkin. (These are all colored green)

After staying in the area, there will be some progression which needs to reach 100% and once this happens, a Headless One will appear.

You will need to continue doing this until the timer runs out or until you have defeated 10 Headless Ones. 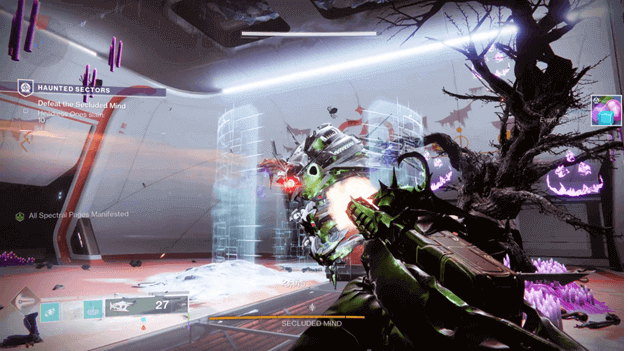 Depending on which Haunted Sector you find yourself in, there will be a boss as usual but things will go about differently.

The boss will have 3 health bars and each time one is reduced, it will become invulnerable, and you will need to perform rituals to summon a Headless One.

Defeating the summoned Headless One will cause it to drop Pumpkin Charges, which are needed to take down the shield making the boss invulnerable.

After the shield is down, you can continue to damage it but this needs to be repeated twice to defeat it for good. 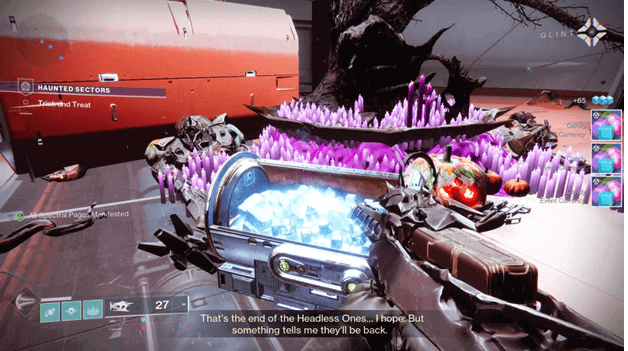 Once the boss has been defeated, you can head over to a chest that appears and this will give you regards such as Candy, Glimmer, and possibly Legendary Weapons.

The weapons dropped from the chest will be from Festival of the Lost, which makes this the best way to obtain such weapons.

After the chest has been around for a small period, the Haunted Sector will be complete, and you may head back to orbit.

The rewards from the chest are often Candy, Glimmer, and some pieces of Legendary Gear depending on how lucky you are.

If you have Spectral Pages with you that have been turned into Manifested Pages, this increases the chance for Festival of the Lost weapons to drop.

The Haunted Sectors are easy and fun to do, especially because you can get a lot of Candy and other rewards from Festival of the Lost.

With an experienced team, a Haunted Sector can be completed within minutes and farming for Festival of the Lost gear becomes super easy.

There is a bit of lore to the Haunted Sectors as well, so if you are into that stuff then you would love to be able to do all of them.

The Haunted Sectors currently have 4 variants, which are from Nessus, The Moon, Europa, and EDZ, all being remakes of existing Sectors.