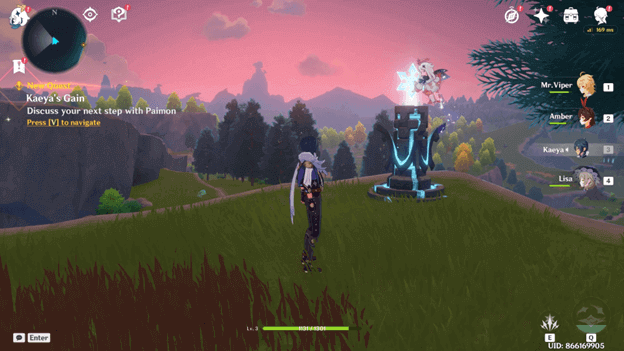 During this quest, you will meet the treasure hoarder who is called Izzard and sadly you’ll find out about Kaeya’s tactics.

The mission takes you deep within the Arcadian Ruins where you are supposed to locate a buried treasure that Kaeya has told you about.

How To Get Kaeya’s Gain Quest?

The Kaeya’s Gain quest begins right away once you’ve completed the Mystery of the Arcadian Ruins quest. 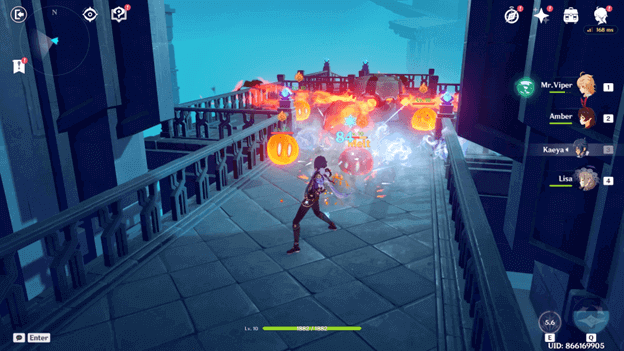 1) Discuss Your Next Step with Paimon

After a cutscene, you will have already obtained the map which leads to the location of the treasure and will be heading towards it.

This objective is completed right after the cutscene, where either decision you choose will set you towards going straight to the treasure location.

2) Use the Map to Find the Buried Treasure

Basically, you can use the teleport waypoint of the Temple of the Lion and from there, you can glide down a cliff.

Once you reach the waypoint, a cutscene will play and shortly after, you may enter the Arcadian Ruins.

3) Enter the Depths of the Ruin

Once you enter the domain, you will need to fight your way past some Hilichurls and get past a fire trap, which can be done by freezing it with Cryo or timing your movement.

You must complete a challenge where there are two Hilichurls and six Slimes where you need to defeat them within 60 seconds.

A door will open and afterward, a cutscene play where you meet Izzard the Treasure Hoarder, who has already found his way inside. 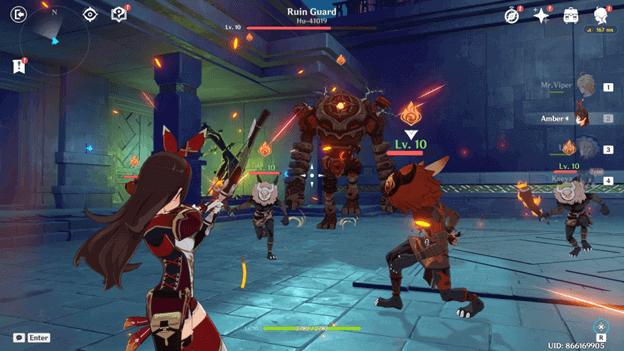 During the cutscene where Kaeya arrives to apprehend Izzard, he opens a door, and a Ruin Guard comes out.

Unfortunately, you’ll have to defeat the Ruin Guard all by yourself, which is best done with the combined elements of your characters.

After defeating the Ruin Guard, a cutscene will begin to play and then you’ll be receiving a reward from Kaeya which is Harbinger of Dawn.

After you have completed the Kaeya’s Gain quest, you will receive Adventure EXP, Mora and other rewards. 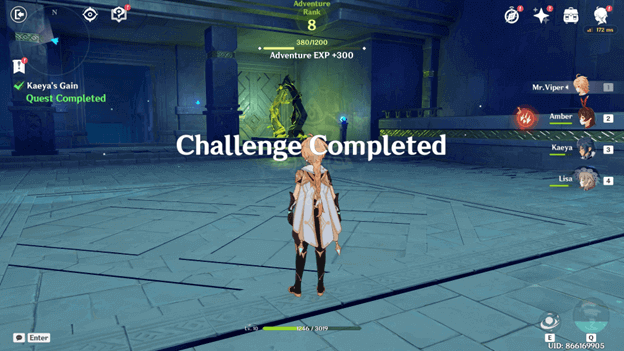 After you have finished the Kaeya’s Gain quest, you find out that Kaeya lied about there being a treasure in the first place.

Although Paimon is upset about this, you are still rewarded by Kaeya for your hard efforts.

After you have completed this quest, it will conclude the Pavo Ocellus Chapter: Act I Secret Pirate Treasure, Kaeya’s Story Quest.