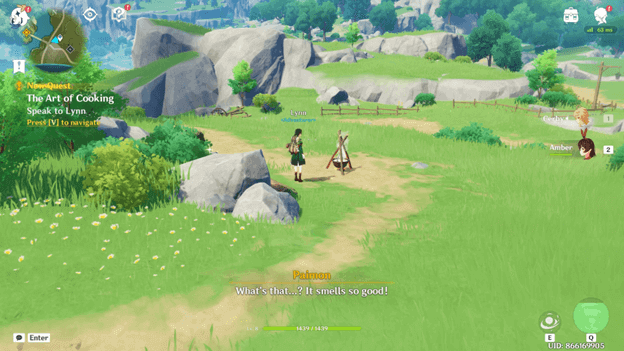 The Art of Cooking quest is an introduction to the cooking mechanics in Genshin Impact, which allows you to cook certain items to benefit your characters.

You will be interacting with Lynn, an adventurer who is found later near Mondstadt, and attracts Paimon with the smell of her cooking.

During this quest, you will learn the basics of how to cook, which will be useful later in your future journey up ahead.

How To Get The Art of Cooking Quest?

The Art of Cooking quest becomes available once you are nearby Lynn, who you should be able to run into on your way to Mondstadt. She will usually be first seen during the Going Upon the Breeze quest, which is along the path you take going to Mondstadt City.

The Art of Cooking Quest Objectives 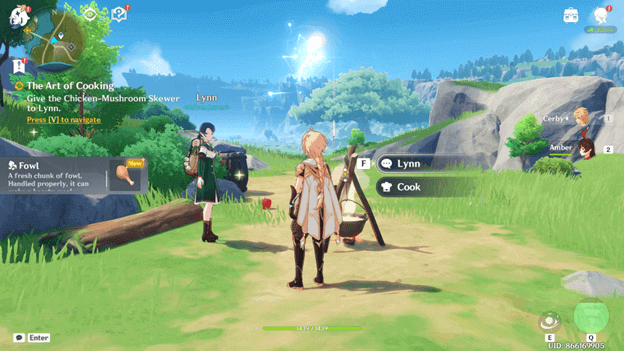 Once this quest has appeared, you will be prompted to talk to Lynn, who can be found by a nearby Cooking Pot.

2) Give the Chicken-Mushroom Skewer to Lynn

After a bit of dialogue, Lynn will tell you that there are some ingredients in a nearby barrel, which you will need to destroy.

Once you destroy the barrel, you can get the ingredients needed for making the Chicken-Mushroom Skewer.

Head over to the Cooking Pot and interact with it to start cooking, selecting the Chicken-Mushroom Skewer and cooking it.

It is here that you will learn the basics of cooking and will be able to make the Chicken-Mushroom Skewer once finished, you will need to bring it to Lynn.

After Lynn tastes the food that you have cooked, the quest will end after a bit of dialogue.

The Art of Cooking Rewards

After you have completed The Art of Cooking quest, you will receive Adventure EXP, Mora, and other rewards. 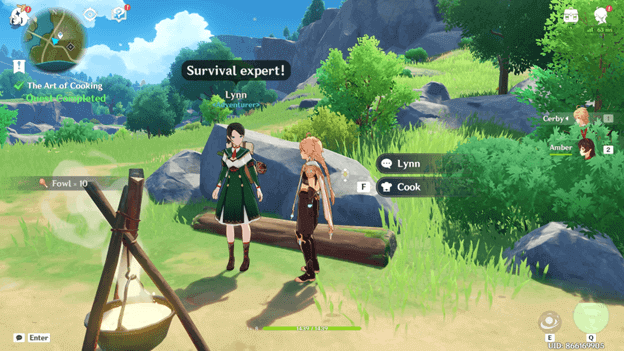 You were able to prove how good you are at cooking to Lynn and in return for the meal, she has given you a good amount of starting ingredients.

Now that you know how to cook, you should be prepared for the long journey ahead and be able to cook up some tasty dishes.

While you only have a few recipes at the moment, cooking can play a big part in keeping your characters alive as well as providing them with some useful buffs.