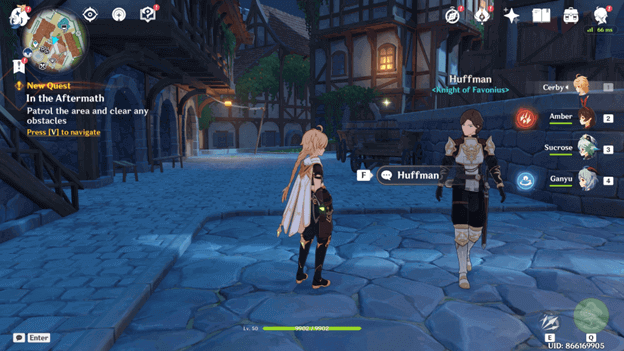 Following the Stormterror incident, it seems that Huffman is having quite the dilemma as there is still a problem that is present during the aftermath.

It seems that they have been able to fight off the attacking monsters during the events but the structures they left behind remain.

Huffman, a Knight of Favonius, has asked for your help regarding clearing out what remains from the monsters’ assaults.

How To Get In The Aftermath Quest?

You can obtain In The Aftermath quest by speaking to Huffman after you have completed Prologue Act 3 – Song of the Dragon and Freedom.

Huffman can be seen roaming around Mondstadt and will have a World Quest marker, providing you with the quest after speaking to him.

In The Aftermath Quest Objectives 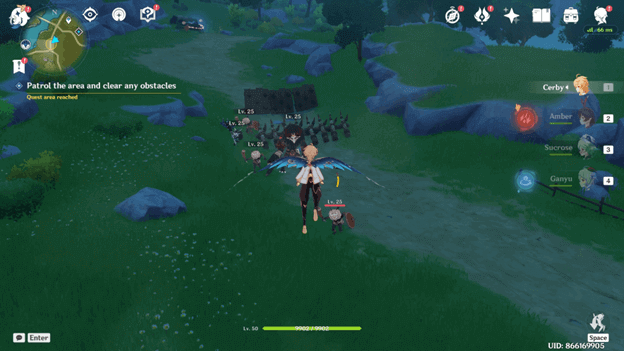 Patrol the Area and Clear Any Obstacles

After speaking with Huffman, who gives you the details on the quest, you will need to head to the marked location on your map.

This will be just outside of Mondstadt City but you can still save time by teleporting near the location from where you currently are.

Make your way toward the waypoint and you will see some Hilichurls near a barricade that has been placed along the road.

You will need to defeat the Hilichurls and destroy the barricades that they have placed before you can continue going to the next location.

Another area will be marked on your map and you can head there on foot or use a Teleport Waypoint to save time. 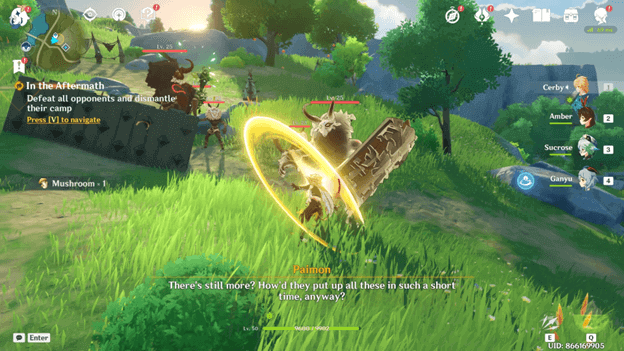 Once you reach the area, there will be more Hillichurls in this area with stronger enemies present which you will have to deal with.

You will need to clear out all the enemies and destroy more of the barricades that have been placed in the area to proceed.

It is ideal to use a character with Pyro attacks or one wielding a Claymore to easily destroy the Hilichurl’s wooden shields. 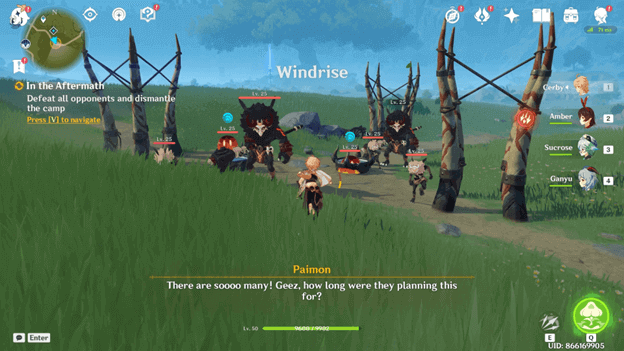 After clearing out the batch of enemies and destroying their barricades, head over to the next location and you will find a small Hilichurl camp.

You will need to defeat the Hilichurls and there will also be Slimes in the area as well that attack you to clear out the area.

Take note that after defeating the enemies in the area, you will need to destroy the Hilichurl structures as well.

After you have taken care of all three areas, you may head back and speak to Huffman to complete the quest.

In The Aftermath Rewards

After you have completed In The Aftermath quest, you will receive Adventure EXP and Mora as well as additional rewards. 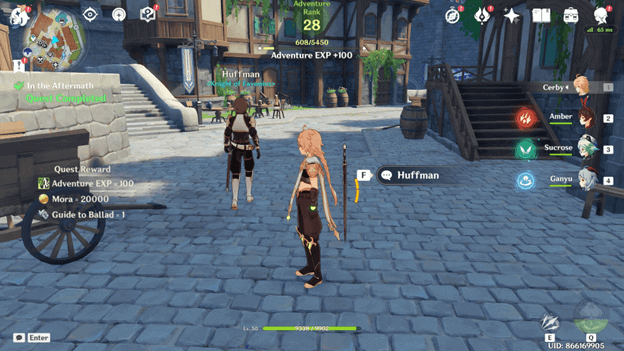 Since the Knights of Favonius have been busy lately, it’s a good thing that you were around to help Huffman out.

You have successfully taken care of the routes where enemy structures have been placed and managed to defeat some monsters in the process.

Mondstadt should be safer now and the trade routes should now be open up for other people to safely travel to the city.