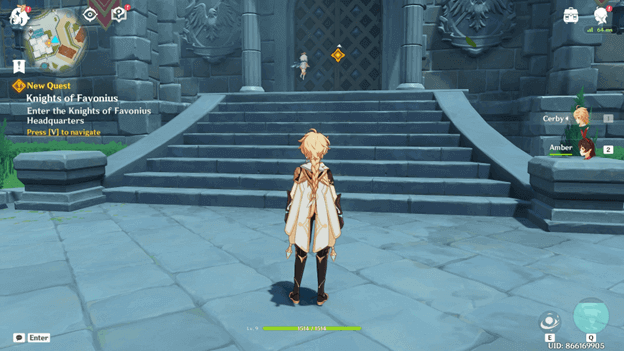 During this quest you will be introduced to the Acting Grandmaster and the Resident Librarian of Knights of Favonius.

It I here that you will learn that Lisa has revealed the power of Stormterror using her detection magic, which requires that the Knights of Favonius take action.

This quest also unlocks new features which you may later on use throughout the game such as the Shop and Wish features.

How To Get Knights of Favonius Quest?

The Knights of Favonius quest begins after you have met the Cavalry Captain named Kaeya after completing the Dragon Storm quest. 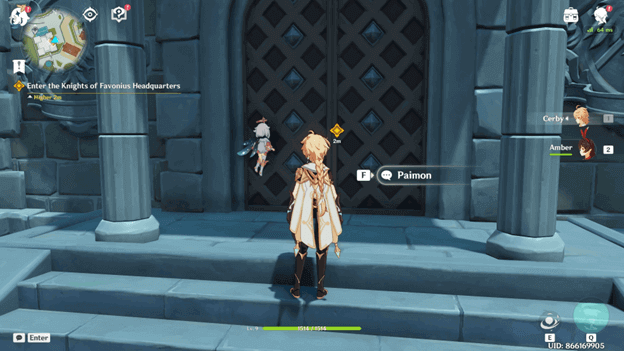 Enter the Knights of Favonius

Following the completion of the cutscene after the Dragon Storm quest, you will need to enter the headquarters of Knights of Favonius.

cutscene will begin to play after you where you will meet the Acting Grandmaster, also known as Jean, and Lisa the Resident Librarian.

You will be talking about Stormterror attacking Mondstadt and find ways to cut off the problem source.

After completing Knights of Favonius quest, you will receive the Character EXP, Adventure EXP and Mora in the following amounts:

Completing this quest also unlocks the Shop and Wish features in the game. 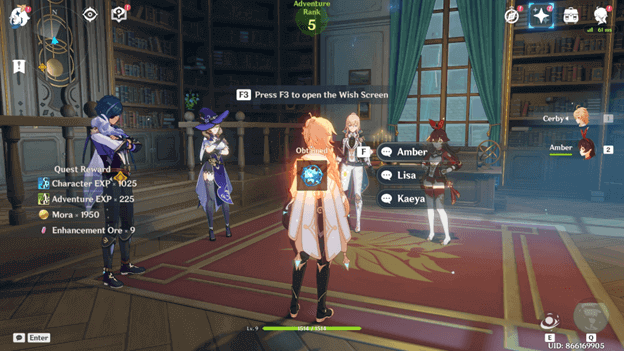 Finally you were able to meet the well-spoken Knights of the Favonius and learned more about the issue hovering around the city.

With the help of Lisa’ detection magic power, the source of Stormeterrors power has been found and a solution may be in order.

This sets you on to a new journey where you will need to venture off to three abandoned wind temples to address the problem.