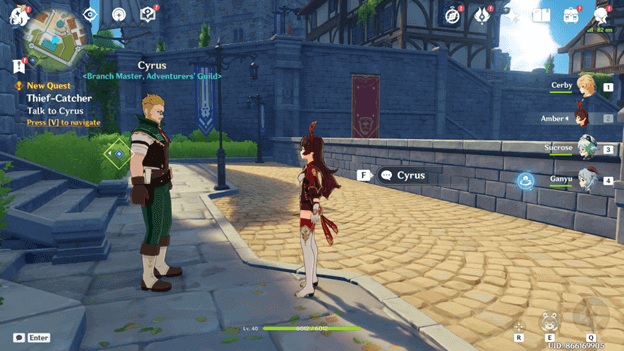 After some time following the Stormterror dilemma, the Knights of the Favonius have been preoccupied and this has left some parts of Mondstadt vulnerable.

While the Knights of Favonius have been busy, Treasure Hoarders have snuck into the land and started to cause problems for the locals.

Cyrus asks you to deal with the Treasure Hoarders before they can cause more problems as they have been stealing from several locations.

How To Get Thief Catcher Quest?

The Thief-Catcher world quest will usually be available once you have finished Prologue Act 3 Song of the Dragon and Freedom. You will be able to start this world quest by speaking to Cyrus in Mondstadt City, who will be marked on a map by the world quest marker. 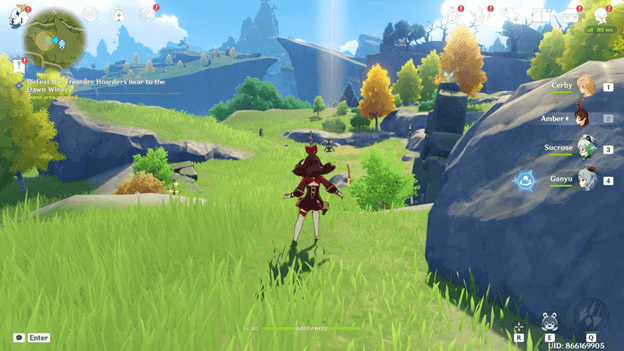 This objective appears briefly and will be completed immediately after you finish your conversation with Cyrus.

While speaking to Cyrus previously, he will have mentioned some areas which you will need to head over to stop the Treasure Hoarders.

2) Defeat the Treasure Hoarders Near to the Dawn Winery

The first area you will need to find is the spot located near Dawn Winery which will have a small camp of Treasure Hoarder set up.

If you have unlocked a Teleport Waypoint near the location, this can save you the time of having to run towards the spot.

You will need to defeat all the Treasure Hoarders in the area and afterward, the next location will be marked on your map.

Proceed heading towards the next marked location by running over to it or using a Teleport Waypoint to save time.

Once you reach the next camp, clear out all of the Treasure Hoarders who are in the area once more and this time, there will be reinforcements.

You will need to defeat all of the remaining enemies in the area and afterward, you can head back to report to Cyrus.

After you have cleared out all of the camps, head back to Cyrus and he will thank you for your help, rewarding you afterward.

After you have completed the Thief-Catcher quest, you will receive Adventure EXP and Mora as well as additional rewards. 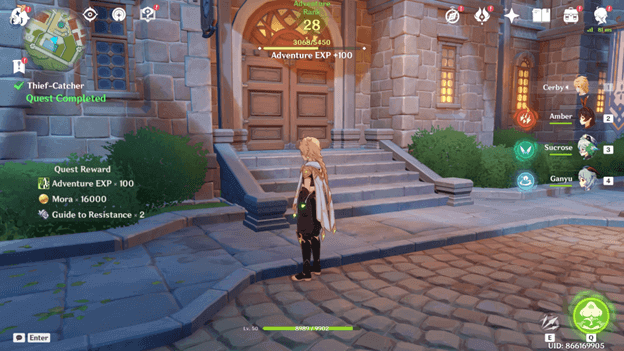 While the Knights of Favonius have been occupied, it seems the Treasure Hoarders have taken the opportunity and started stealing from certain locations.

Thankfully for Cyrus, you were around to help Mondstadt out yet again as you had done so many tames already in the past.

Now that the Treasure Hoarders have been dealt with, things should be a little less troublesome for those within the city.