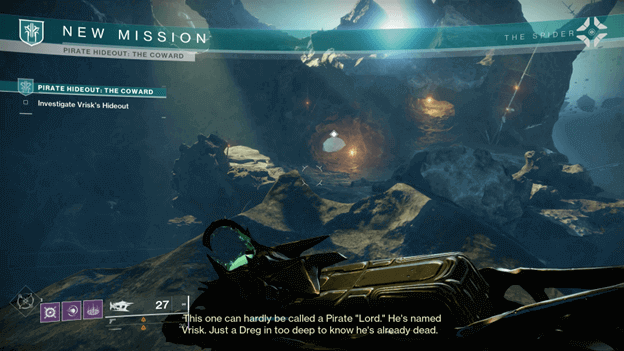 Another Pirate Hideout has been found after a previous Expedition and this time it’s the lair of who The Spider does not even consider to be a Pirate Lord.

In this Pirate Hideout, you will be facing Vrisk the Coward and later will be able to find out who are the other pirates searching for Relics as well.

You will need to infiltrate The Coward’s Pirate Hideout and take him and his crew out to obtain the Relic that they have found.

How To Get Pirate Hideout The Coward Mission?

Pirate Hideout The Coward is available once you reach quest step 44 in the Season of the Plunder Seasonal Quest, Sails of the Shipstealer. In order to progress with the seasonal quest, you will need to complete this mission. 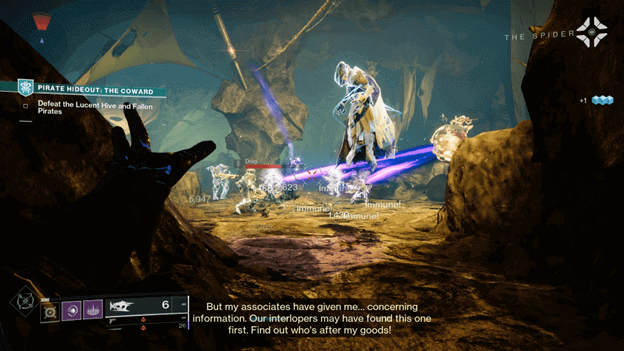 You will arrive at 43193 Secinaro and find that the entrance to the Pirate Hideout has already been opened.

Proceed to make your way into the hideout and investigate what is going on and you will then encounter the Fallen Pirates fighting against the Lucent Hive.

The first room you enter will have an ongoing battle where both forces are going head to toe with each other, and you will join in.

You will need to defeat all the enemies from both sides and leave none remaining before you can proceed towards the next area.

3) Proceed Through the Hideout

Once you have cleared out all the enemies, you will need to continue following the marker shown on your radar and head further into the Pirate Hideout.

There will be Lucent Hive enemies that spawn in the area, and you will need to clear them out before proceeding.

4) Proceed Through the Hideout

After clearing out all of the Lucent Hive enemies, the area will become a no respawn zone and in the next room will be Ei Arat, Trespasser. 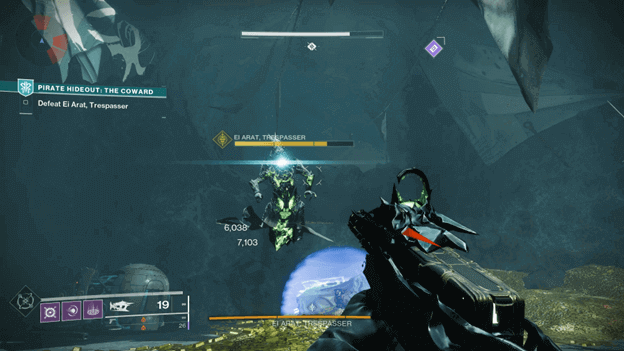 The Coward will have been defeated by now and instead, you will be facing off against Ei Arat and will need to defeat them.

Ei Arat will become immune to damage once you damage a portion of its health and you will need to clear out enemies that spawn, including Cursed Thralls.

Once you have defeated the enemies that have arrived, you will be able to continue dealing damage to Ei Arat.

After another portion of Ei Arat’s health has been depleted, it will become immune for a moment but will become invulnerable again.

Enemies will spawn once more but you can already continue attacking Ei Arat and defeat him during this phase.

6) Take Down the Lucent Hive

Once Ei Arat has been defeated, you will need to clear out any Lucent Hive if there are still some that remain in the area.

7) Claim the Relic of Nezarec

When all enemies in the area are defeated, the barrier protecting the Relic of Nezarec will disperse and you will need to collect it, ending the mission afterward.

Completing the Pirate Hideout The Coward will reward you with Glimmer as well as a legendary piece of equipment from Season of the Plunder. 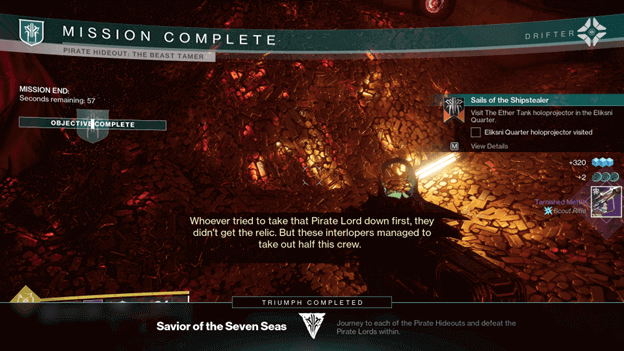 Things have come to a twist as you were aiming to find The Coward but ran into a Lucent Hive trespasser instead.

It looks like the other party seems to be the Lucent Hive but their intentions towards the Relics are still unknown at this point.

There is no doubt that the other party will have further attempts toward the other Relics and you will encounter them sooner or later.