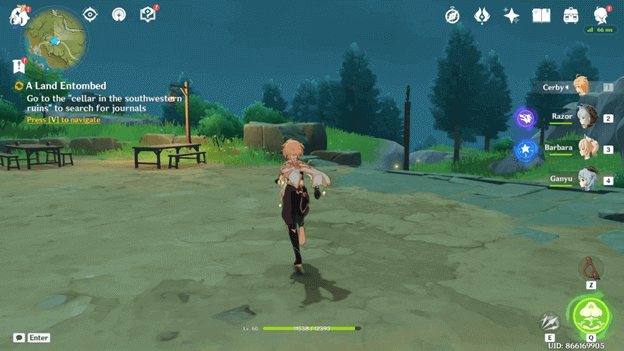 A Land Entombed is a World Quest in Genshin Impact that occurs in Dragonspine, which involves the lost Ancient Investigation Journals.

Stevens is a researcher who takes interest in the Ancient Investigation Journals and has asked you to obtain the rest of them.

During this quest, you will need to locate all the Ancient Investigation Journals and bring them back to Stevens.

How To Get A Land Entombed Quest?

You may obtain A Land Entombed after you have picked up one of the Ancient Investigation Journals throughout your travels in Dragonspine.

Once a book has been obtained, you will be able to speak with Stevens about it and the quest may be started. 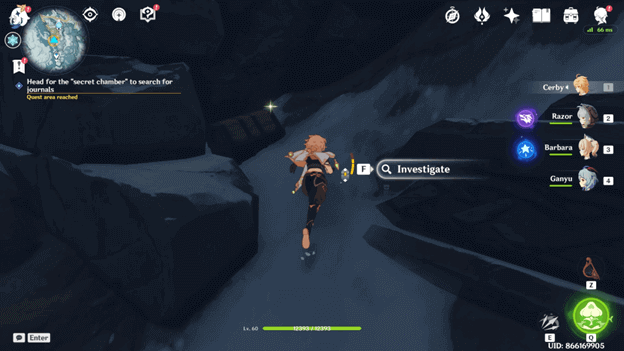 After obtaining one of the books and starting this quest, you will be able to speak with Stevens and select the “I Found This” option in the dialogue.

Once you open the topic, Stevens will tell you about the Ancient Investigation Journals that were kept by a research team a long time ago.

He then asks if you are willing to head back into the mountains to find more, which will later on send you searching for 2 more books.

Depending on which book you have obtained first and used to start the conversation with Stevens, there will be 2 more that need to be found.

The following are the locations of the books which will be marked on your map to show where they can be found.

You will only receive 2 of these quests since one of the books has already been used to start the quest, which leaves the other remaining books left to be found.

Once you arrive at each location, you will be able to find a hint of where the book is by a shiny mark that you can investigate.

3) Give the Gathered Journals to Stevens

After obtaining all the books, you may then head back to Stevens to turn them the quest will be completed, with him rewarding you.

After you have completed the A Land Entombed quest, you will receive Adventure EXP and Mora as well as additional rewards.

Completing A Land Entombed will also reward you with the Snow-Stored History achievement. 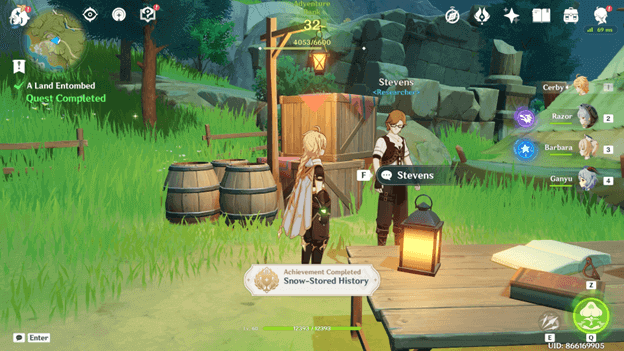 After uncovering a mysterious book from Dragonspine, you were able to learn more about it and help Stevens find the other ones.

These serve as important records in history which will tell them what happened to the research team and their expeditions.

It appears that there is a trace of one person named Eberhart, who seems to have returned to Mondstadt but it remains a mystery where the person is now.