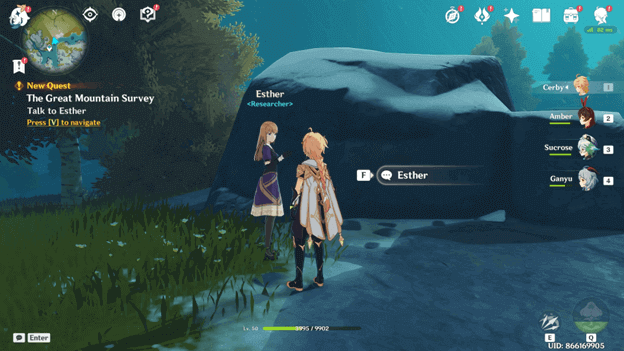 While you venture into Dragonspine, you stumble upon a researcher named Esther, who appears to be troubled and needs your help.

It seems that she has left her beacons in the mountains and has no means of retrieving them and will be unable to continue her research without them.

Esther will ask you to grab her beacons for her before the monsters in the mountains end up destroying them.

How To Get The Great Mountain Survey Quest?

The Great Mountain Survey can be started by speaking with Esther who is located near the Teleport Waypoint just north of Wyrmrest Valley. 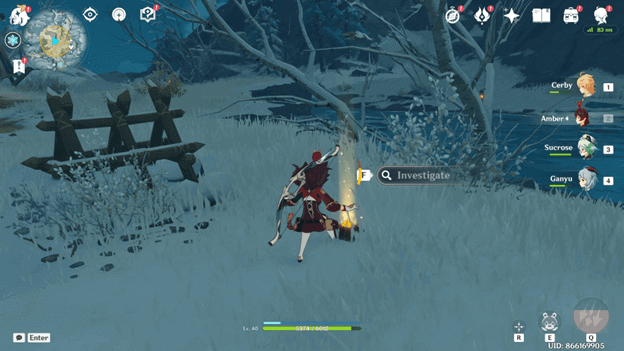 Once the quest starts, you will need to search for 4 of the beacons which have been left behind by Esther and are scattered in a marked location.

There will be a large area marked and you will need to find the beacons by interacting with the markers showing their locations.

The beacons will appear as a small box with a bright yellow light flowing from within and you can obtain these by investigating them when you are nearby.

You will need to gather all 4 of the beacons before you can head back to return them to Esther.

Once you have collected all 4 beacons, you can use the Teleport Waypoint to quickly get back to Esther who will have yet another favor to ask of you.

It appears the beacons are in terrible condition, but she says that she has a few more left and needs your help again.

Esther will ask if you can help by setting them up in the nearby mountains for her and she will mark the spots on your map after you accept to do this. 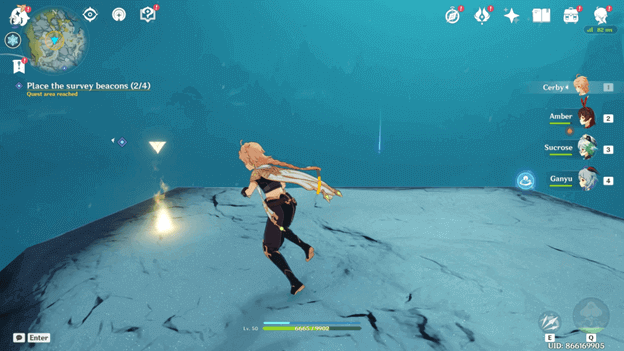 This time, there will be 4 locations marked on your map and you will need to head to each of them and locate the spots where the beacons need to be placed.

This will require that you do some climbing and maintain your temperature at times to avoid getting your characters killed by the cold.

Once you reach each spot, you will simply need to investigate the spot and this will place the beacon, allowing you to proceed to the next one.

Most of the areas will have nearby torches that can be lit with Pyro abilities or charged attacks to provide you with warmth.

4) Report back to Esther

After all the beacons have been set up, you can now head back to Esther who will thank you for your help and reward you.

After you have completed The Great Mountain Survey quest, you will receive Adventure EXP and Mora as well as additional rewards. 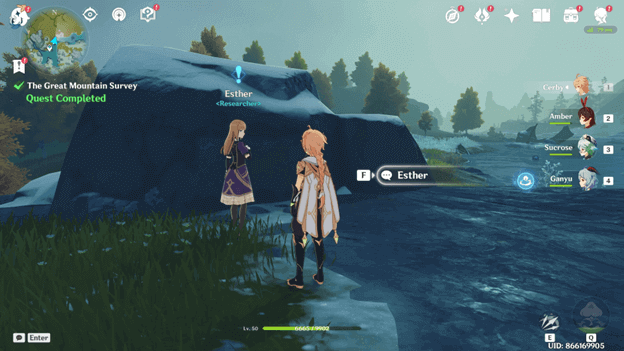 You were able to help Esther recover the beacons which she had left behind after she and a team escaped a group of monsters.

Although you were able to retrieve them all, they were not in good condition anymore but luckily, she had more to spare.

While it may seem that setting up the beacons was successful, Esther may still need your help in the future regarding her mountain surveying.