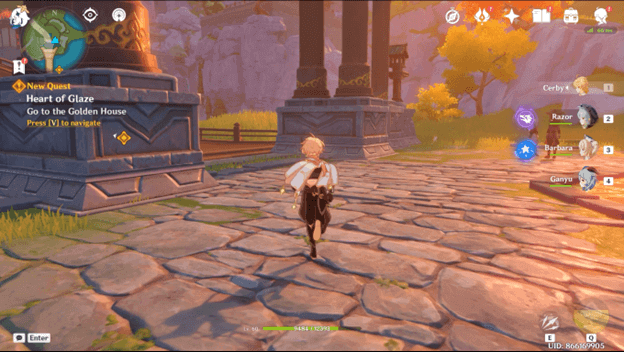 After you have investigated Fatui’s research, it seems the Traveler and Zhongli know the man behind this problem. Childe has gone missing, and it turns out he may have used all the squabble in Liyue Harbor to make a distraction.

During this quest, you will now be heading to the Golden house to search for Childe as he may have headed there.

How To Get Heart of Glaze Quest?

Following the Solitary Fragrance quest, you will obtain the Heart of Glaze quest as you continue your search for Childe. 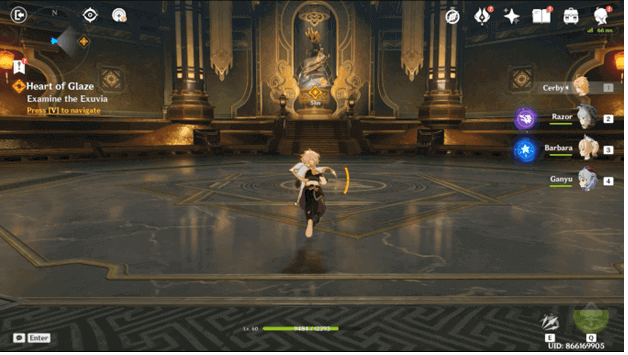 1) Go to the Golden House

Now that you are on the look for Childe, the first location that comes to mind is the Golden House and you will need to head over to it.

You will find the Golden House to the south of Liyue Harbor and can teleport to one of the Teleport Waypoints nearby to get there faster.

Once you reach the Golden House, you will need to enter The Golden Shadow domain as you continue pursuing Childe.

After entering the domain, a cutscene will begin where you notice that the Millelith guards have been knocked out, which leads you to check on the Exuvia.

When the cutscene ends, head straight forward and interact with the Exuvia and it will play another scene where you’ll meet Childe. 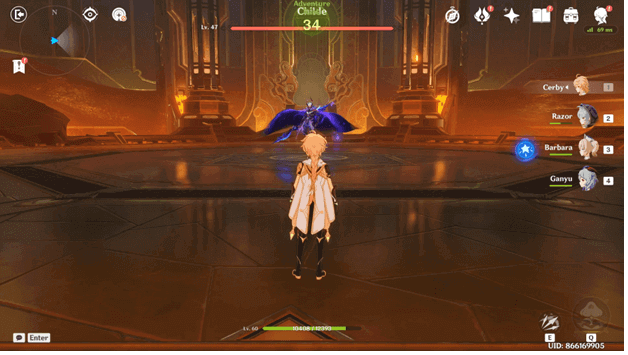 It turns out Childe had been planning everything from the start and he indeed created the situation in Liyue Harbor as a distraction.

Childe is attempting to take the Exuvia and it is up to you to put a stop to this, which results in you having to fight him.

Childe may seem easy at first, but defeating him will cause a cutscene where he transforms, causing him to wear his mask and become glowing with an aura, known as the Delusion Unleashed.

Defeating him in this form begins a cutscene where he attempts to take the Exuvia but it turns out it was just bait and he fell for it.

This angers Childe and he begins another transformation, turning into Tartaglia, a much stronger form that you will now have to defeat.

Once defeated, Childe will return to his natural form and will be weakened, which leads to his leaving to find out what happened to the Exuvia. 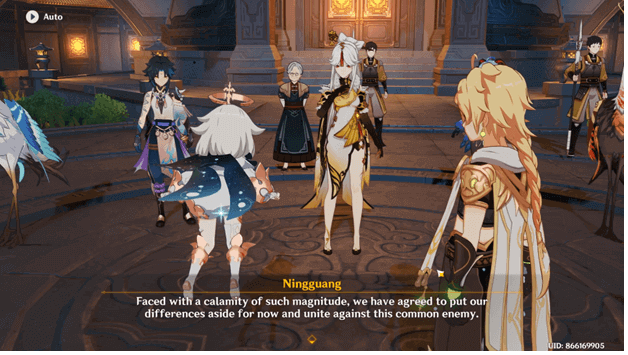 After witnessing Osial being unleashed, the scene will change and you will be in the Jade Chamber where the Adepti find you.

It appears that the Qixing, Millelith, and the Adepti have gathered to fight off a common enemy with the use of upgraded Guizhong Ballistas.

The preparations for the battle are shown and just as the cutscene ends, the quest will come to an end, which immediately begins the Turning Point Archon Quest.

After you have completed the Heart of Glaze quest, you will receive Adventure EXP, and Mora as well as additional rewards.

You will also unlock the achievement “I’ll Let You Off… This Time.” 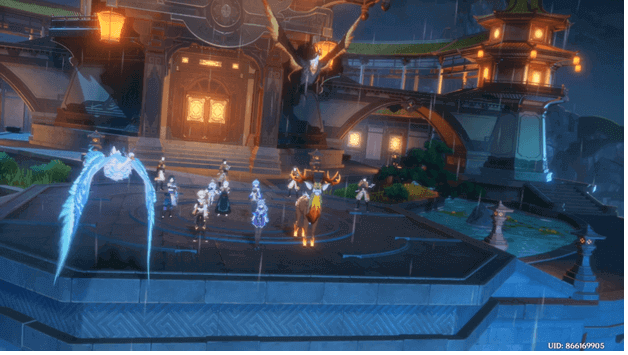 With everything that has happened, it seems that in the end, Childe had to unleash Osial, the Overlord of the Vortex, which causes it to attack Liyue Harbor.

The Qixing, Millelith, and Adepti were one step ahead and had already begun preparations and now that you are in the Jade Chamber, you join the battle.

Now that everyone is working together to fight a common enemy, a huge battle is about to begin which holds the fate of Liyue Harbor and all the innocents in it.