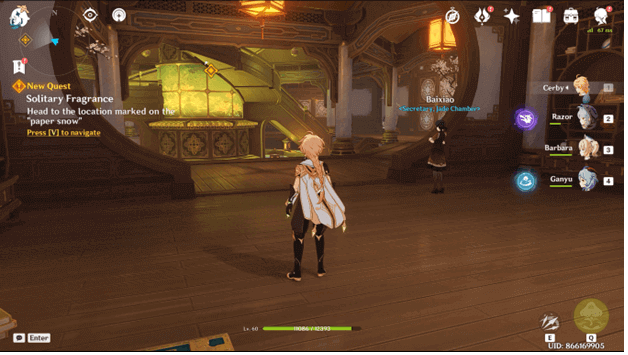 After you have previously ascended to the Jade Chamber and met Ningguang who tells you about the Archon War, you were allowed to pick a reward from the room.

You decided to take a piece of Paper Snow which had information that led you to investigate a location where the Fatui might be up to no good.

The location leads to some ruins, and you will need to head over there to check on the Fatui to find out what they are up to.

How To Get Solitary Fragrance Quest?

The Solitary Fragrance quest becomes available and will begin right after you have completed the Equilibrium quest. 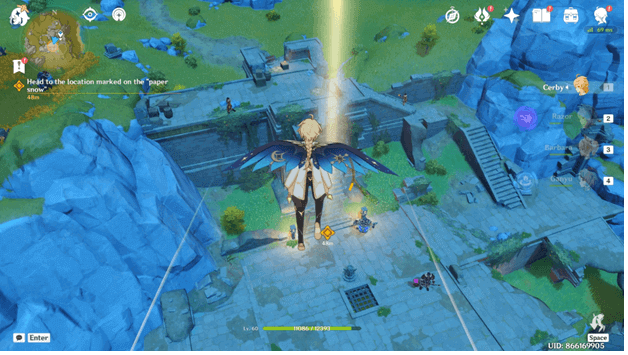 1) Head to the Location Marked on the “Paper Snow”

The location of the ruins will be marked on your map and you will need to head to the Guili Plains, which is where you will find a group Fatui outside.

Once you have reached the ruins, you will be attacked by the group of Fatui Skirmishers whom you will need to defeat.

After defeating the group, climb the nearby structure and examine the Fatui Research that can be found on top of a crate.

It appears that the Fatui have been trying to replicate the Sigil of Permission in order to use them for some sort of plot.

Continuing with your participation in the Rite of Parting, you set this matter aside and will need to meet up with Zhongli for the final step.

Teleport to the Luhua Pool via the Teleport Waypoint and head over to the marked location along the riverbank to find Zhongli waiting beside a tree.

When you approach him, a cutscene will begin where he tells you that he’s looking for a particular type of Glaze Lily for the Rite of Parting.

Head to the south of the riverbank and you will eventually find a bunch of Glaze Lily in the area and another cutscene will begin.

Zhongli previously mentioned that you will need to sing to the Glaze Lilies to make them more fragrant and this will happen during the cutscene.

As when you sing to the Glaze Lilies, they turn into Cryo Whopperflowers instead which you will need to defeat.

Once you defeat them, another scene will begin where you will see Ganyu who will have already picked some wild Glaze Lilies and gives them to you.

5) Head Back Towards Liyue Harbor

Now that you have the Glaze Lilies, you will need to head back to Liyue Harbor and can do this quickly by teleporting near the next waypoint.

6) Ask Around for News

Once you arrive, you will find that the area is swarming with Millelith and will need to speak to Felix, which begins another cutscene.

Felix will explain what has been going on and that the Wangsheng Funeral Parlor has also been caught up in the situation, which leads Zhongli to leave to handle things.

After the cutscene with Felix, the quest will be complete.

After you have completed the Solitary Fragrance quest, you will receive Adventure EXP, and Mora as well as additional rewards.

You will also unlock the achievement “Lily Loves Music”. 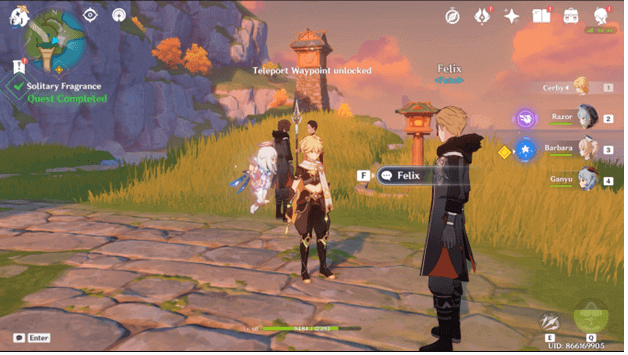 Your participation in the Rite of Parting was temporarily halted as you investigated the ruins where Fatui activity was present.

The Glaze Lily needed for the Rite of Parting was successfully obtained thanks to Ganyu being generous enough to give you the ones that she picked.

It appears that during the situation at Liyue Harbor, Childe has gone missing and it looks like there is only one place he could be as this was the perfect distraction.