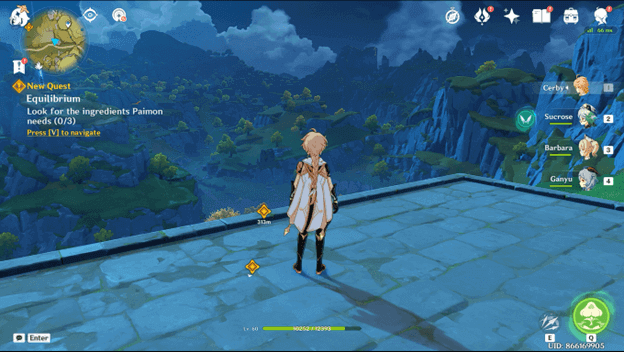 During your previous attempt to head to the Jade chamber, you were unable to reach it and ended up quarreling with the Millelith.

Thankfully Keqing was around and was able to clear things up, while also pointing you the right way to get to the Jade Chamber.

Although going there is now easy, you and Paimon decide to get a greeting gift to present to Ningguang upon your arrival.

How To Get Equilibrium Quest?

Following shortly after you have completed The Floating Palace quest, the quest called Equilibrium will be obtained. 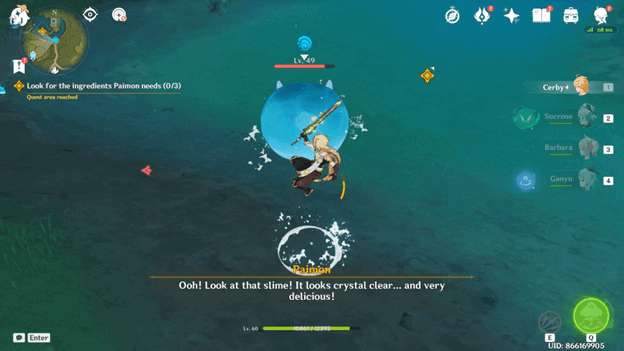 1) Look for the Ingredients Paimon Needs

Paimon has come up with a great idea for a gift to Ningguang, a Sugar-Frosted Slime and this needs more specific ingredients.

These can be found at Dunyu Ruins and you will need to make your way to the marked area on the map, which can easily be done by teleporting near it.

The closest waypoint points you toward a Hydro Slime which you need to defeat to get Tasty Slime Condensate.

Another waypoint will be nearby which is where someone is trapped in a cage and shouting for help, whom you must help.

2) Rescue the Person in the Cage

When you have reached the objective, you will see a man in a cage who got caught by the Treasure Hoarders.

You must defeat the Treasure Hoarders to get the key so that you can free the man whom they have locked inside of it.

3) Talk to the Person in the Cage

Once you have defeated the Treasure Hoarders, approach the cage, and interact with it to begin a dialogue with the person trapped in the cage.

He is later known as Meng Dan, who introduces himself as a supplier for Mingxing Jewelry in Liyue Harbor and Paimon asks him for a box that can store presents.

Meng Dan tells you he will let his boss know, which will be where you need to go later once you have the other ingredients. 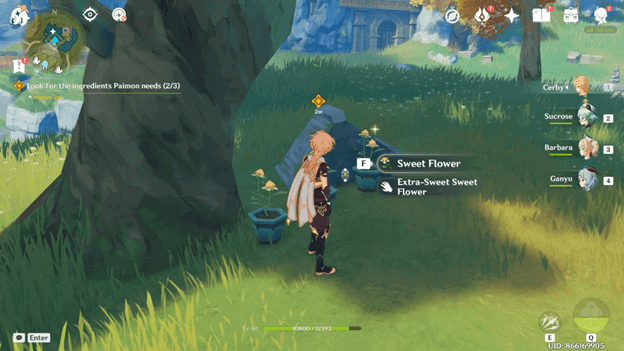 4) Look for the Ingredients Paimon Needs

Continuing your search for the ingredients that Paimon needs, you will need to grab the Extra-Sweet Sweet Flower in one of the pots nearby.

Once you have grabbed the Extra-Sweet Sweet Flower, you will now need to head back to Liyue Harbor to get a box for your gift.

Now you will need to head back to Liyue Harbor and make your way to Mignxing Jewelry to find more of the things you need for the gift.

The location of Mingxing Jewelry will be marked by a waypoint and you will need to speak with the owner to begin a cutscene.

During the cutscene, everything else required for your gift will already be at Mingxing Jewelry and you finally finish making your gift. 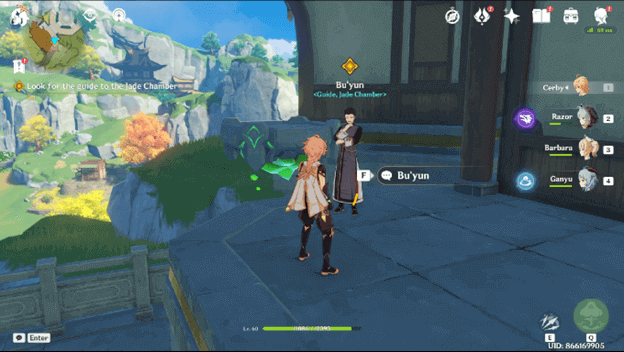 6) Look for the Guide to the Jade Chamber

After speaking with Bu’yun, you will be brought to the Jade Chamber and a cutscene will begin where Ningguang greets you.

Approach Ningguang after the cutscene speak to her where she will tell you about the Archon War, and it seems that she had a hint of who is the true enemy behind this problem in Liyue.

Head straight inside the Chamber and talk to Ningguang once again and a cutscene will play instantly, ending with Ningguang allowing you to pick a gift from the room.

Paimon decides to take one of the sheets on the way since she was thinking about how much Mora it would make.

Head over to the marked object and interact with it and a cutscene will begin, completing the quest afterward.

After you have completed the Equilibrium quest, you will receive Adventure EXP, and Mora as well as additional rewards.

If you complete the Equilibrium quest you will also unlock the achievement “Icing on the Slime” and “Sky’s the Limit”. 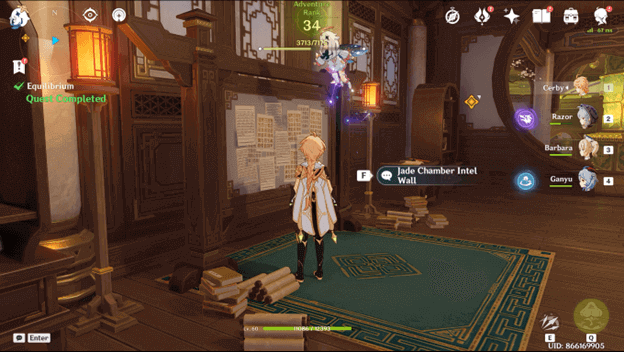 You were successfully able to get all the ingredients that you needed to make Ningguang’s gift, and she accepted it gladly.

Later, you were given the option to choose what to take as a reward from the room, which Paimon had already decided for you.

It appears that the Jade Palace had spies looking around who had gotten intel on not only the activity in Liyue but also about what you have been up to as well.