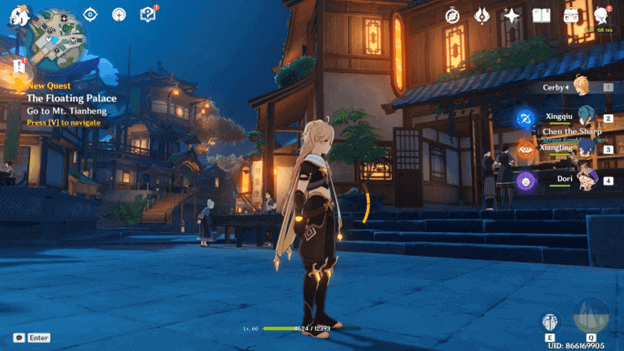 After previously being treated to dinner by Zhongli, you met a mysterious woman known as Ganyu who had given you an invitation to the Jade Palace.

The Jade Palace can be seen floating in the sky, which now puts the task to simply getting to it, but as of now, you don’t know how to get there.

It appears that Ganyu didn’t explain how to get there, and it seems is not easy to get through the Palace in the Sky so Paimon and the Traveler must find a way.

How To Get The Floating Palace?

The Floating Palace quest is the first quest in Chapter I Act III A New Star Approaches and it will be activated once you have completed Chapter I Act II Farewell Archaic Lord.

To begin the quest, you will need to have reached Adventure Rank 28 or higher before you can make your way to the Jade Palace. 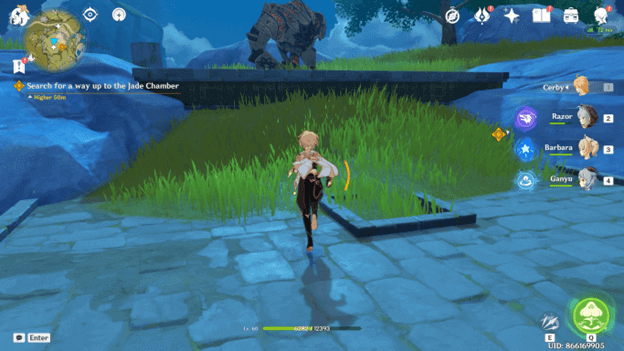 As the new quest begins, you will need to head to Mt. Tianheng by using the Teleport Waypoint, which will save you the time of walking all the way there.

When you have reached the summit, it will trigger a cutscene immediately and Paimon suggests that you look around to find a way to the Jade Palace

2) Search for a Way Up to the Jade Chamber

A waypoint will mark the location of a strange mechanism, which is powered by Anemo power and Paimon suggests you try using it.

If you look at the area, it seems there are platforms and these can, later on, be reached when you activate the mechanism.

You will need to activate the mechanism using an Anemo character or the Traveler that has the Anemo element active.

If you do not have any Anemo characters, you can change the Traveler back to Anemo if you currently are using a different element.

To change to Anemo, you will need to head to one of the Statues of the Seven in Mondstadt so you can activate the mechanism.

Use an Anemo attack or ability on the mechanism and it will be activated, which creates a wind current that you can use to get to the platform.

4) Head Over to the Guizhong Ballista

After reaching the platform, a cutscene will begin and it appears that the path stops there, which ends with Paimon suggesting heading to the Ghuizong Ballista.

The location of the Ghuizong Ballista will be marked on your map, and you can easily get there by gliding down to the marked area.

A group of Millelith will be in the area and once you approach them a cutscene will begin and afterward you will have to fight them.

Defeat all the guards in the area and afterward, a cutscene will begin where it turns out the whole thing was a misunderstanding.

You meet Keqing who later tells you how to get to the Jade Chamber, which ends the quest after the cutscene.

After you have completed the Floating Palace quest, you will receive Adventure EXP, and Mora as well as additional rewards. 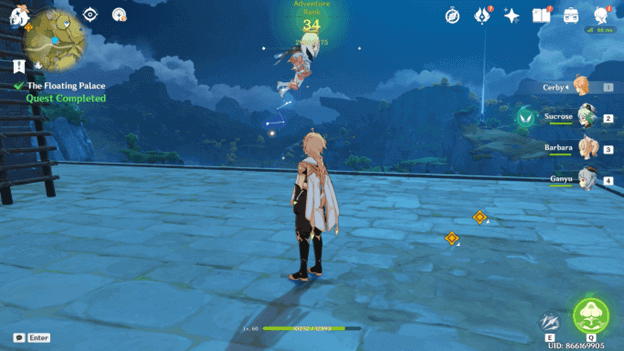 It turns out the Millelith were just there guarding the Ghuizong Ballista and everything was a simple misunderstanding.

Keqing was able to arrive and sort things out as well as explain to you what has been going on as well as more about Ningguang.

It looks like the way to the Jade Chamber is easy if you have an invitation, which points you back to Liyue Harbor to get there.