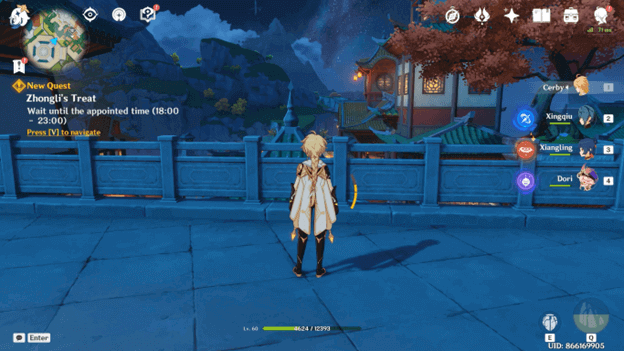 After previously helping with the preparation for the Rite of Passing, Zhongli has decided to treat you to a meal at a restaurant he picked out.

You will need to head over to meet him there and enjoy a decent meal after your previous efforts to do your part for the Rite of Passing.

Things may appear to be plain and simple but later a surprise awaits you as your activity in Liyue has not been unnoticed.

How To Get Zhongli’s Treat?

Zhongli’s Treat is the last quest in Chapter 1 Act 2 Farewell, Archaic Lord and it will be obtained once you have completed Guizhong quest. 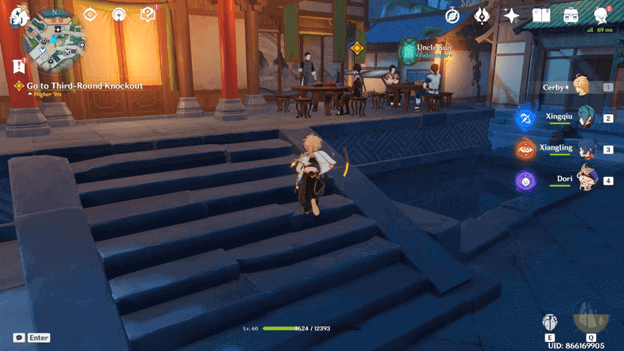 Zhilong wants to meet you at a specific time and you will have to head over to the Third-Wheel Knockout during the evening.

Once you have advanced the time, the objective will be available and you will be able to head to the Third-Wheel Knockout where Zhonglie will be waiting.

3) Sit Next to Zhongli

Take a seat in the chair next to Zhongliand a cutscene will play, where it seems he has already made the orders for everyone.

The owner of the restaurant named Iron Tongue Tian will tell you a story about the tale of Lady Ningguang as you are eating.

During the cutscene, it is revealed that she lives at the Palace in the Sky called Jade Chamber and while he is telling this tale, a mysterious girl suddenly appears.

She is later known as Ganyu, introducing herself as corporate secretary for the Qixing and serves as Lady Nigguang’s special emissary.

Ganyu gives you a letter from Lady Ningguang, which is an invitation to the Jade Chamber as you are expected to meet her.

Once the Zhongli’s Treat quest has been completed, you will receive Adventure EXP, and Mora as well as additional rewards.

You will also unlock the achievement “Farewell, Archaic Lord”. 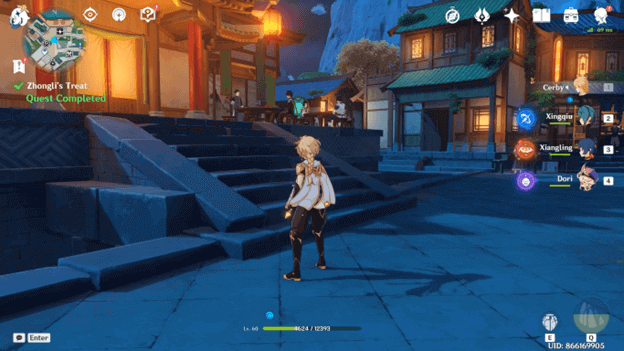 It looks like your hard efforts have paid off and Zhongli was sincere in showing his appreciation for your participation in the Rite of Passing’s preparation.

Although things may have seemed like a simple night, Ganyu brought about a surprise that further takes you down a new journey.

It looks like someone has been keeping an eye on you and your actions have gone unnoticed, which now leads you to the Jade Chamber to accept the invitation.