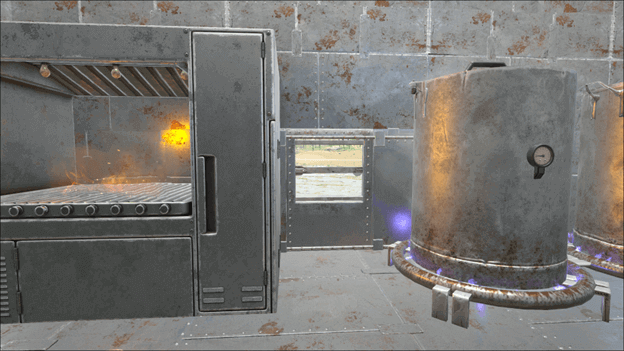 Ark Survival Evolved has many of the survival elements that you could expect in a survival game and to keep your character going, you will need nourishment.

The food system is not as complex as some may think and you simply need to get a good supply of resources to always have something on hand.

With the use of cooking, you can keep your character’s food level up and even give them buffs or heal them to increase your survivability. 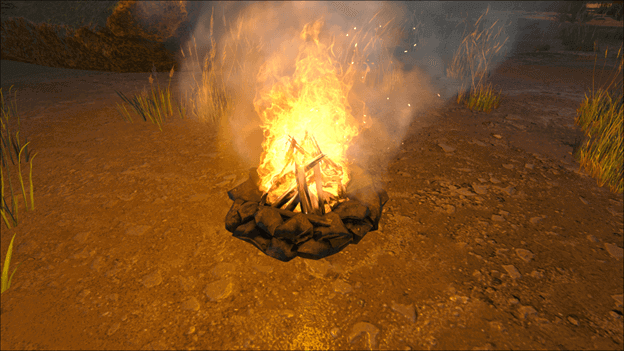 A Campfire is one of the most basic and earliest types of cooking stations there are in the game, and this will be a go-to for those who are just starting.

You can easily craft the Campfire with Flint, Stone, Thatch, and Wood, which are all easy to obtain with the simplest to almost no resources at all.

This is useful for those who need to cook small amounts of meat when they are first surviving in the wild and it also makes for a good heat source.

The following are used to fuel the campfire:

Using Wood as a source for fire will turn it into Charcoal over time, which is, later on, essential for Gunpowder. 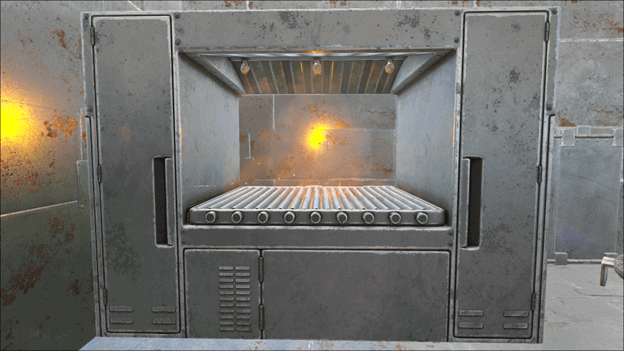 The Industrial Grill is the endgame meat cooker in the game, and this may take more resources to craft, but it pays up in the long run.

With the Industrial Cooker, you can cook more meat in stacks unlike with the Campfire which cooks them one by one and has more slots.

This is useful for cooking some of the higher quality meat such as prime meat and mutton as it cooks it much faster and allows you to stack them afterward.

The Industrial Grill can only be powered by Gasoline which lasts up to 40 minutes each. 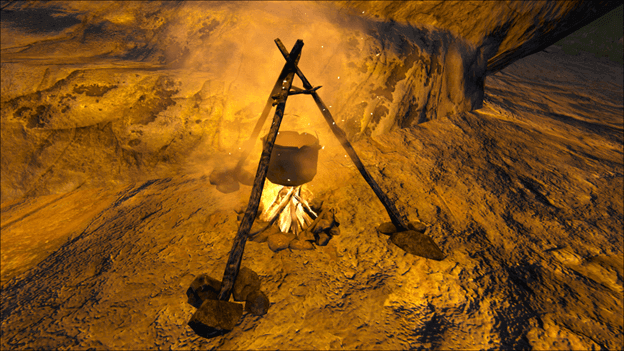 The Cooking Pot is used to cook Rockwell Recipes, but it also can be used to make Dyes if you want to add a little more color to the game.

Rockwell Recipes do not have to be obtained and you can simply place the items in them to cook the ones you want.

Being a primitive cooking station, the Cooking Pot is limited by its slots as well as the need for a source of water which can be a Waterskin, Water Jar, or Canteen.

Just like with the Campfire, cooking using Wood will turn it into Charcoal, which you can save for later to make Gunpowder. 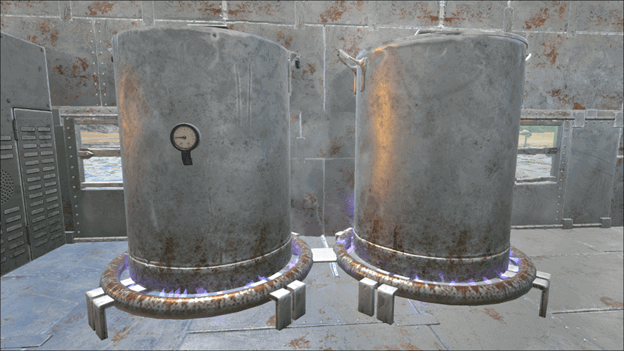 The Industrial Cooker is a more advanced way to cook Rockwell Recipes, and this has more slots and crafts much faster than its primitive predecessor.

It has a higher number of slots, allowing you to craft more consumables within a small amount of time, which is good for preventing spoilage.

Take note that since there are several slots, you may place multiple ingredients and if they share the same recipe, it will craft them all over time.

The Industrial Cooker can only be powered by Gasoline which lasts up to 40 minutes each.

There are different kinds of meat in Ark Survival Evolved and all of them can be cooked to provide you with better nutrition.

Cooked meat is better to eat for humans as this does not because you lose health instead, it helps you regenerate it over time.

The following are the cooked meats that can be made on the Campfire or Industrial Grill:

Many of the Rockwell Recipes will provide you with beneficial buffs that can help your character fight, survive, and more.

These are important in the late game if you wish to survive both out in the wild as well as in caves or even during fights against other players.

The following are Rockwell Recipes that may be cooked in the Cooking Pot or Industrial Cooker:

Cooking food is essential in the game, especially when you are on official or vanilla servers as they can improve your survivability greatly.

Depending on what you are doing or where you are located, different foods may help you survive harsh weather conditions as well as wildlife.

It is best to always have a good stock of consumables in the game, regardless of if you are out exploring or sampling living it up in your cozy base.