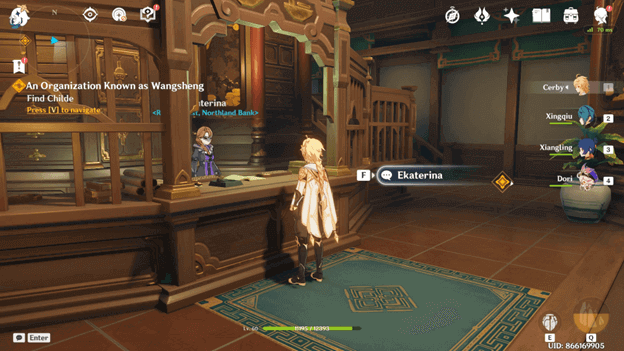 Starting off Chapter I Act II – Farewell, Archaic Lord, this quest brings you back to Liyue Harbor, where you will need to meet up with Childe.

He promised previously that he would find someone to help you out with your current situation regarding the assassination of Rex Lapis, the Exuvia, and more.

It is during this quest that you will meet someone new, who Childe has contacted to get things going in the right direction.

How To Get An Organization Known as Wangsheng?

An Organization Known as Wangsheng is the first quest that you get when you first start on Chapter I Act II Farewell, Archaic Lord. It is obtained once you have reached Adventure Rank 25 and have completed Chapter I Act I Of the Land Amidst Monoliths. 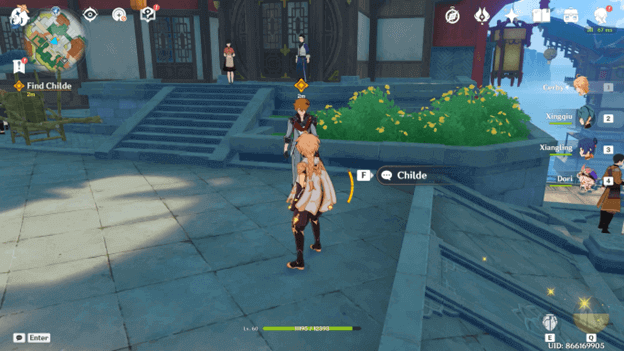 1) Talk to the Bank Staff

You will need to head over to Liyue Harbor and head towards the bank, where you will speak with Ekaterina inside.

She will inform you that Childe has upheld his end of your agreement, meaning that he was able to find someone to help you out.

You will learn that he is at Liuli Pavilion, which is where you will need to head over to next to meet the person he found.

Childe’s location will be marked on your map and will be just a jump and glide down from the bank, he will be waiting for you.

Speak to Childe and a cutscene will begin where you all head to the meeting location, which continues to a scene where Zhongli will be waiting.

The cutscene will go on where introductions are made and the matter at hand is discussed, including your participation in the Rite of Parting. 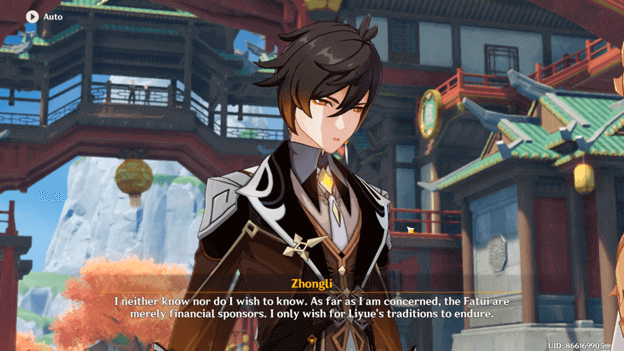 3) Talk to Zhongli Outside

Head outside the Liuli Pavillion and you will find Zhongli standing around, who you will need to go approach and speak with.

Speaking with Zhongli will begin a dialogue where he will talk to you about the Rite of Parting and afterward, the quest will come to an end.

An Organization Known as Wangsheng Rewards

After you have completed An Organization Known as Wangsheng quest, you will receive Adventure EXP, and Mora as well as additional rewards. 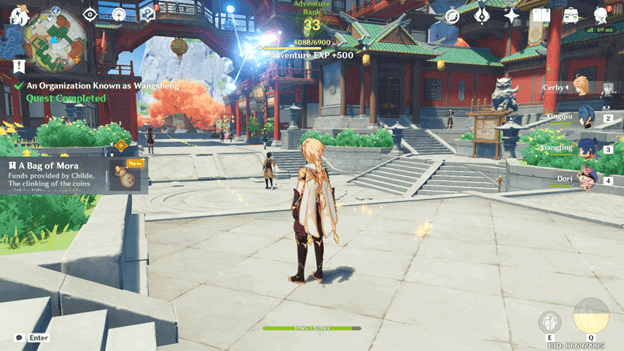 It looks like you have found a way to get around the situation thanks to the help of Childe finding someone for you.

Zhongli appears to play a big part in the Rite of Passing and has agreed to help you out and it seems that in return, you will need to do your part.

This sets you off to help out in preparing for the Rite of Passing, which is traditional for the parting of Rex Lapis after his assassination.