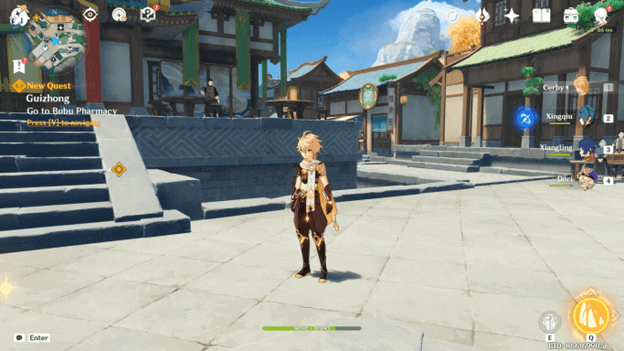 Previously you were helping in obtaining all the needed items that the Rite of Passing would need, following the assassination of Rex Lapis.

Zhongli has told you that the next item which needs to be obtained is some Everlasting Incense which points you to the Bubu Pharmacy.

Although things may appear to be quite easy, you later get set out to find something in return to obtain the Everlasting Incense.

This Guizhong quest begins after you have completed the Downtown quest, where you set out to hire workers to help in the Rite of Passing. 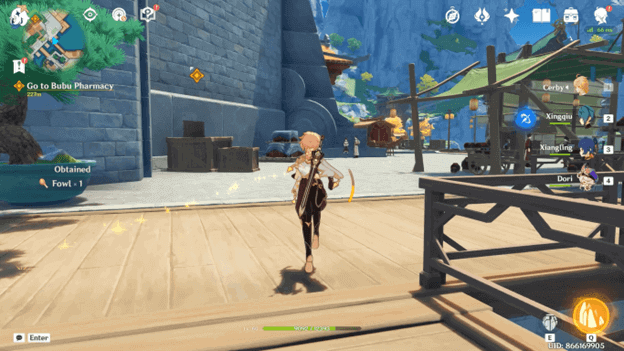 Your first step will be to go to Bubu Pharmacy to get Everlasting Incense so make your way to the north of Liyue Harbor to the marked location.

As when you get inside the pharmacy, you will hear a voice welcoming you but with nobody in sight, and when you approach the counter, you will meet Qiqi.

2) Look for the Guizhong Ballista

It turns out that you don’t have a prescription for the Everlasting Incense but later you strike a deal with Qiqi, who asks you to search for an Adepti beast known as a Cocogoat.

Qiqi instructs you to head to Mt. Tianhen and find the Guizhong Ballista to hunt down a Cocogoat as she wants its milk.

Make your way to Mt. Tianheng and head towards the location marked on your map where the Guizhong Ballista will be.

If you have a Teleport Waypoint, you can reach it much faster as there is one above it that simply allows you to glide down to the ballista.

Approach the Guizhong Ballista and interact with it, which will begin a cutscene where you discuss what is needed to repair it. 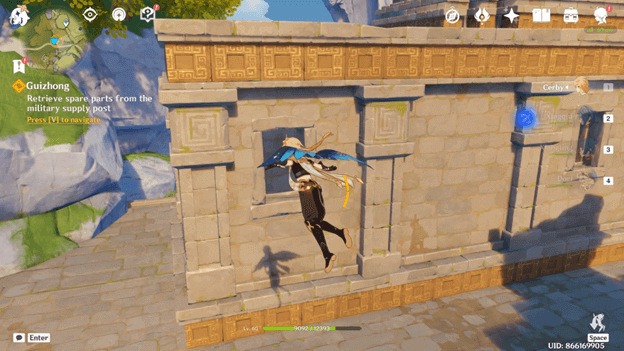 Zhongli believes he can perform the necessary repairs if he has the right materials, and you will need to head into the nearby building to obtain the materials for it.

Head inside the locked building by going through the window and loot the area for the parts that Zhilong will require to fix the Ghuizong Ballista.

Some of the chests are enclosed in stone and you can destroy them faster if you use a character that uses a Claymore weapon.

Once you’re done picking the parts needed, return to Zhongli to hand over the materials so that he can repair the Guizhong Ballista.

To begin the repairs, you will need to interact with the Ghuizong Ballista, which will begin a cutscene where Zhongli makes his attempt to repair it.

Once the Ballista was already fixed, you will be searching for the Cocogoat that Qiqi mentioned but suddenly, Treasure Hoarders appear and interrupt you.

You will need to defeat all of the Treasure Hoarders that are attacking and afterward another cutscene will begin where the group gives up on the hunt.

7) Find Qiqi back at the Bubu Pharmacy

Teleport back to the Liyue Harbor and return to the Pharmacy to speak to Qiqi for another cutscene which ends up with you getting the Everlasting Incense.

After you have taken the Everlasting Incense, head to Yujing Terrace and place it in the marked location and a cutscene will begin, completing the quest afterward.

After you have completed the Guizhong quest, you will receive Adventure EXP, and Mora as well as additional rewards.

Completing the Guizhong quest will also unlock the achievement “The Long Goodbye”. 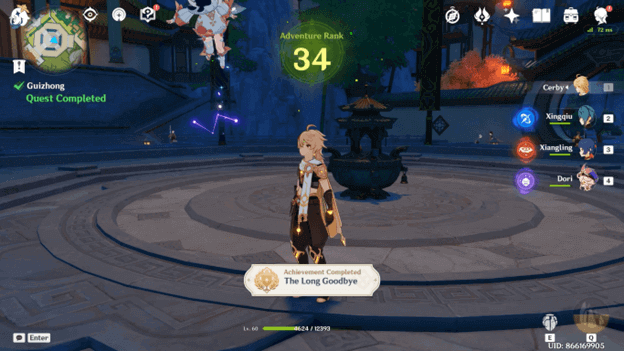 In your attempts to obtain Cocogoat milk from what Qiqi believed to be an Adepti beast, it was just a story she learned as a child.

While it may seem that you were led on a wild goose chase, you were able to repair the Ghuizong Ballista which is essential for the defenses in Liyue.

Qiqi still gave you the Everlasting Incense and you were able to explain to her the real origin of the milk that she wanted, which was simply from a coconut tree.