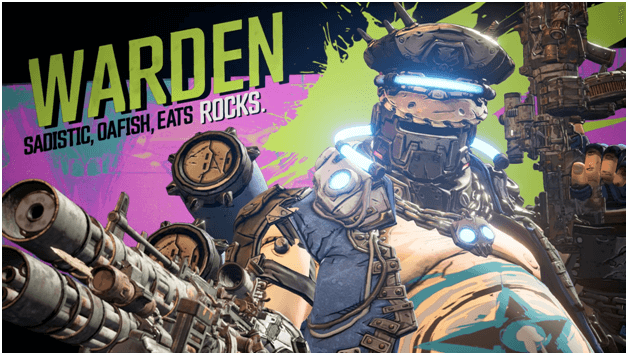 Warden is a boss that you encounter during the Hammerlocked mission who guards Hammerlock until you can free him.

He appears as a police officer who later turns later turns out to be a goliath and may be the first you encounter before other missions. 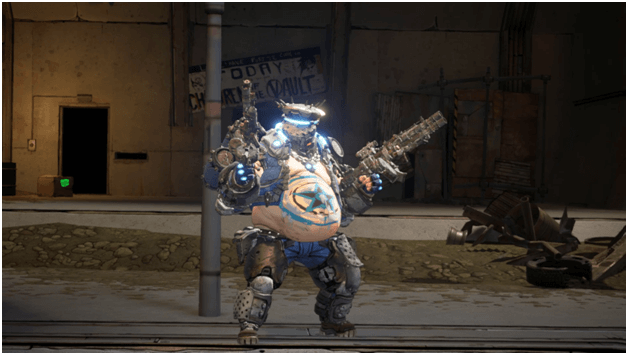 You will face the Warden during the Hammerlocked mission who you need to defeat before you can free Hammerlock who has been kidnapped on Eded-6. 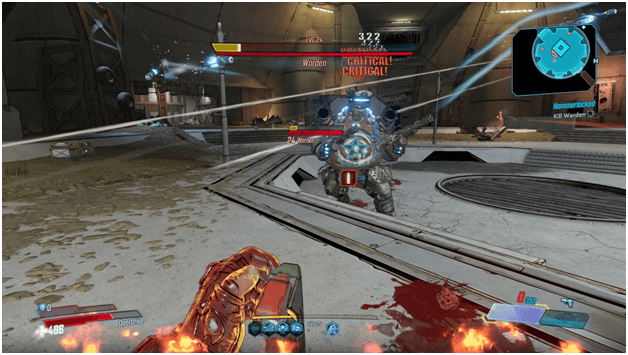 Warden may be more durable than most enemies but still retains weaknesses such as headshots and can be killed by simple kiting and heavy weapon damage.

The Warden will chase after you and attempt to deal melee blows when not firing at you from a distance with his explosive attacks. 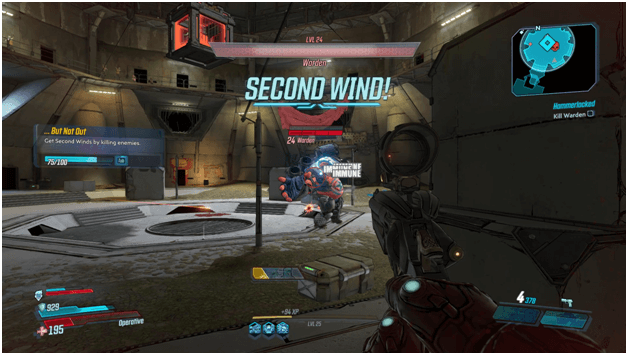 Taking cover during most of his attacks makes him pretty much useless but beware as there will also be bandits around attacking you. 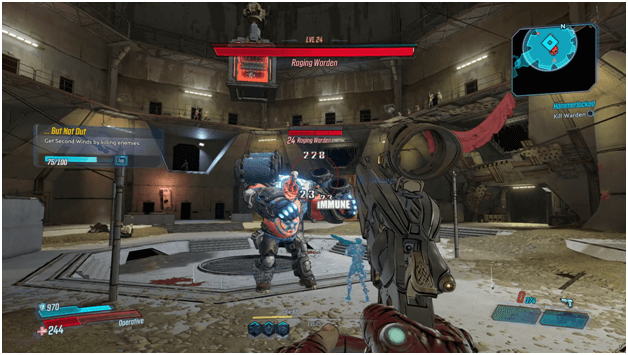 The Warden will change his appearance by means of transforming such as how goliaths do which will regenerate his health as well as require you to be more accurate. 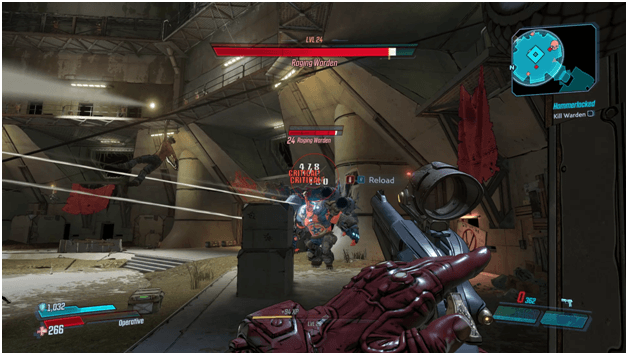 Much like other humanoid enemies, the Warden will receive more damage when you target his head, resulting in critical hits.

During the time that he also transforms and gains a smaller head, shooting the head will deal critical hits to him. 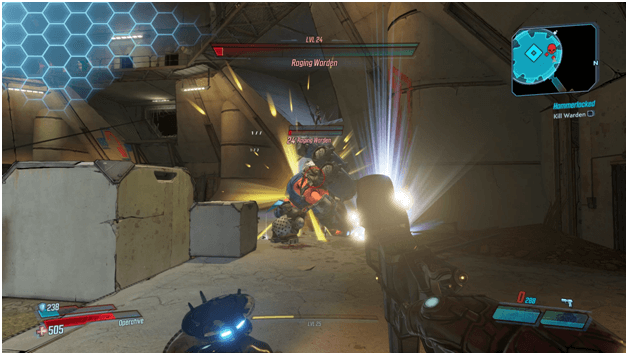 There will be a times when the Warden will attempt to heal himself, shown by him emitting a bright light while slamming the ground.

Once he does this, proceed by attacking him until he runs out of health. 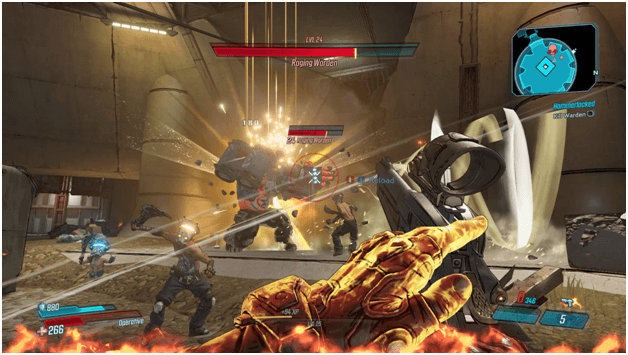 The Warden will attempt to move up close to you and clap his hands, releasing a shockwave that deals damage going forward.

This can easily be evaded by keeping a good distance between you and the warden and moving out of the way when he attempts to approach you. 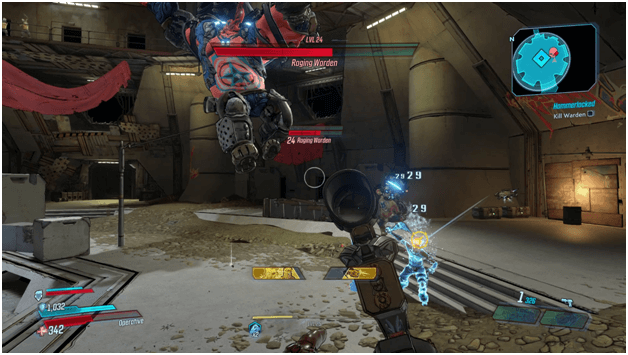 The Warden will attempt to jump towards your direction and deal a large area of effect damage where he lands.

Once again, keeping distance from him can help you evade this attack, especially when you move to the side.

Moving around the Warden can help you evade this, and doing circles around him can make this attack become useless. 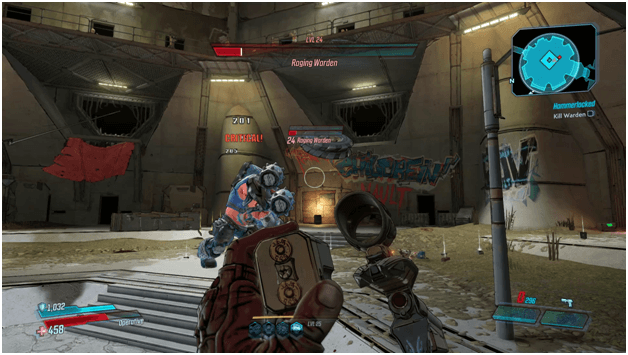 The Warden will attempt to throw a tire at you every now and them which is easily evaded since he takes time to grab the object.

Its best to avoid getting hit to reduce the overall amount of damage that he can deal to you. 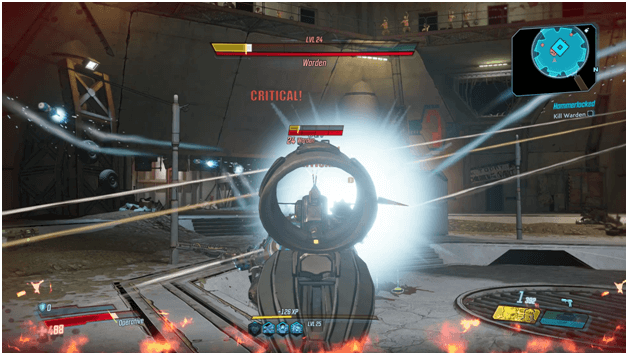 The Warden will attempt to unleash a barrage of rockets which will home in on you which can end up dealing a large amount of damage if not avoided.

You can simply hide behind other objects so the rockets will explode before even getting near you. 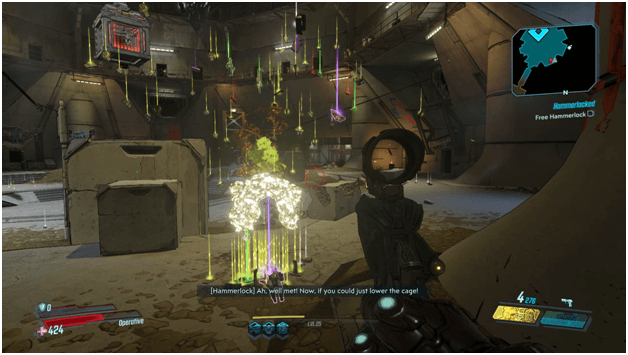 The Warden will drop uncommon to epic equipment with a good chance of dropping the “Annexed Jericho” legendary rocket launcher. 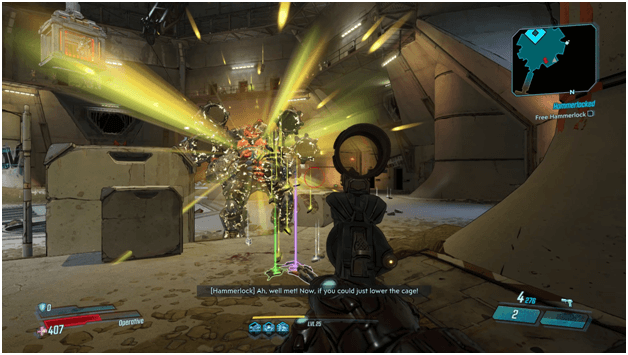