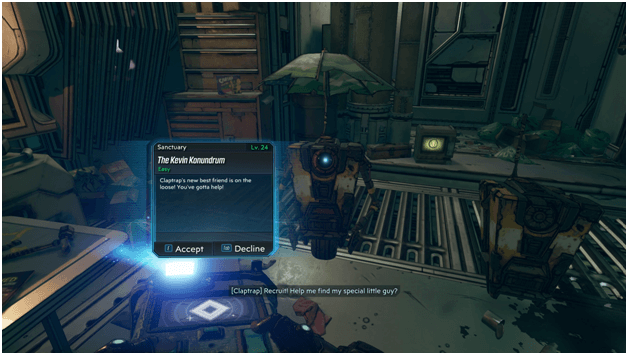 Claptrap has brought a strange critter onboard the Sanctuary and now it is reproducing so fast that it may have a higher population than the humans onboard in a week.

Your task will be to capture all of the “Kevin’s” on the Sanctuary and get rid of them before problems begin to escalate. 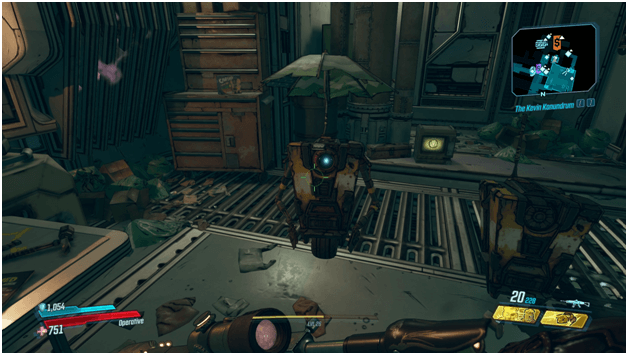 After having a word with Claptrap, he tells you that Kevin is missing and but there is no need to worry since he doesn’t really bite people’s faces off.

Soon after Claptrap says this, Ellie screams in panic which gives Claptrap a hint that Ellie has seen Kevin. 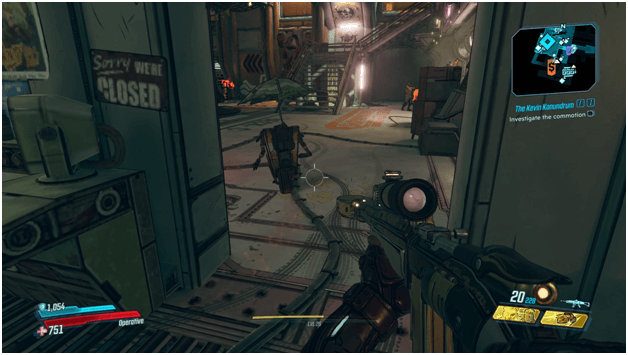 Claptrap will tell you to follow him so the both of you can check if it really is Kevin that made Ellie scream in shock. 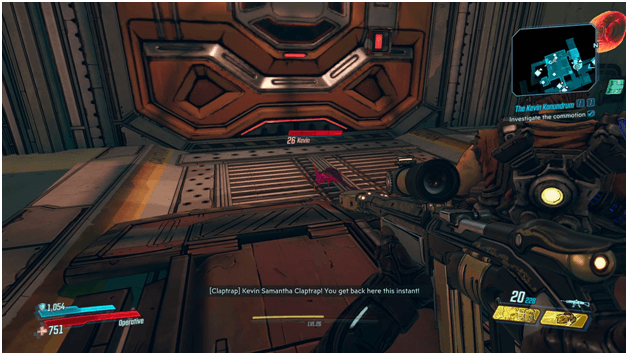 After the encounter with Kevin, Tannis will tell you that you need to get rid of it because of its reproductive rate which gives you no choice but to catch Kevin. 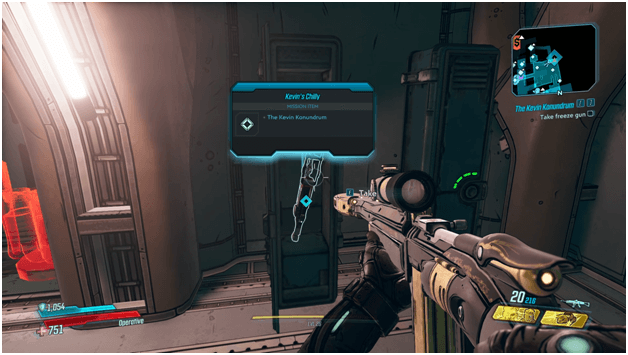 Since Kevin moves fast, you will need a cryo weapon that can freeze it to allow you to capture it which luckily Ellie has stored in a locker.

Grab the cryo weapon from the locker and go to Kevin so that you can capture it. 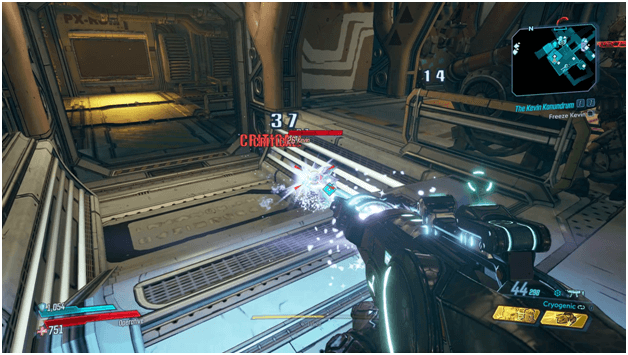 To catch Kevin, simply freeze it first by firing your cryo weapon which will release a beam that you need only to come in contact with Kevin for time shorter than a second.

Once Kevin is frozen, move up to him and interact to pick him up so you can deal with it later on. 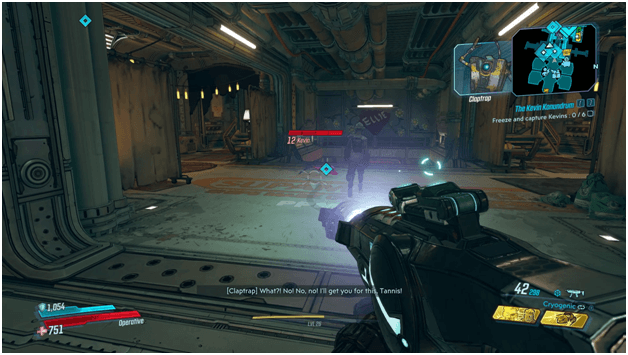 Tannis will reveal that there are more of Kevin onboard and that you must hunt down, freeze and collect each one to make sure they do not reproduce.

Head over to each one which will be marked by a waypoint and capture them.

Disposing of The Kevins 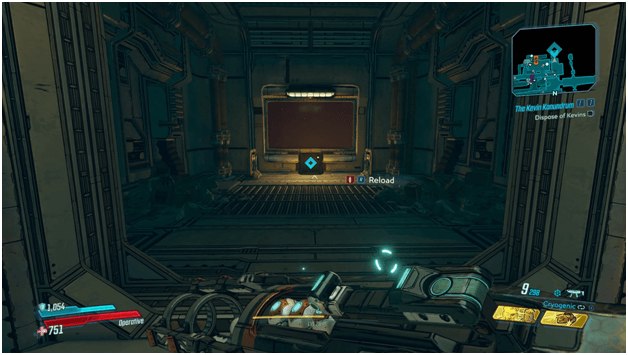 After collecting all of the “Kevins“onboard the sanctuary, you are to head over to the disposing chute at the side of the ship where you will get rid of them. 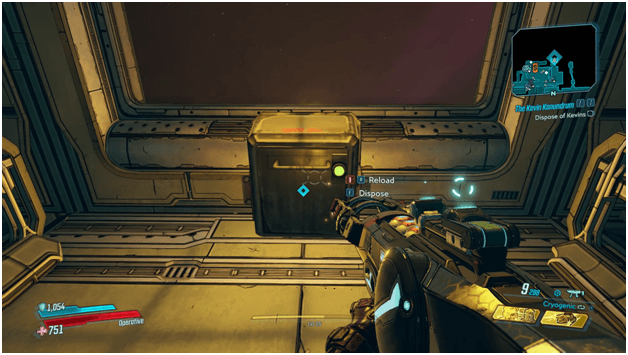 Interact with the chute once you arrive which will cause your character to open up the chute and place the “Kevins” inside. 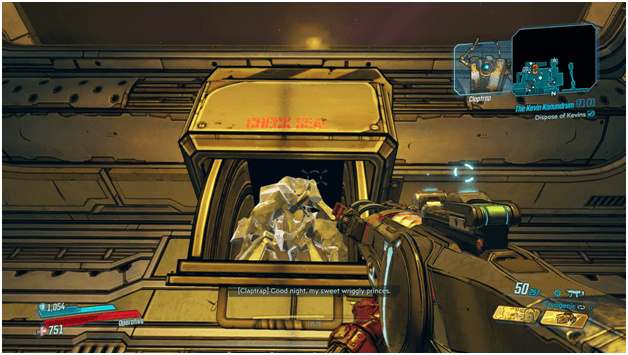 The “Kevins” will remain frozen and after they are placed inside the chute, it will close and they will be sent out of the Sanctuary. 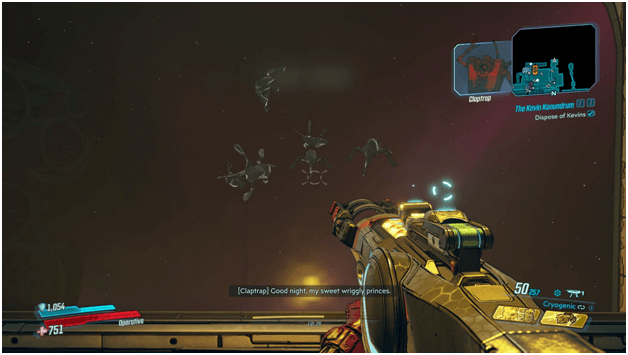 The “Kevins” will helplessly float away in space, leaving Claptrap sad but the ship would then be safe from infestation. 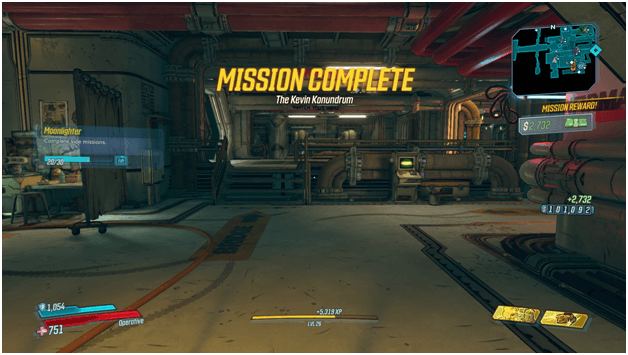 After you complete The Kevin Konundrum mission, you will receive 2,732 cash as a reward. 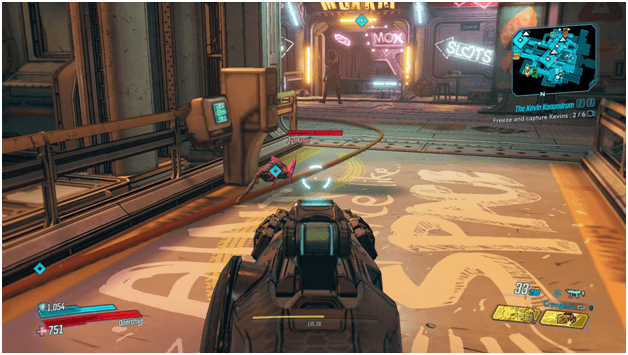