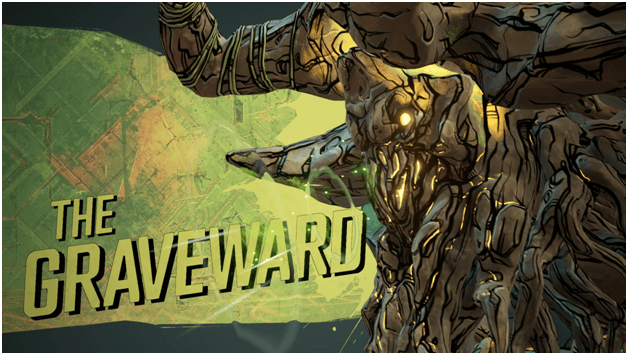 The Graveward is a boss that you face during the Cold As The Grave Mission who is also the vault guardian that you need to face in order to enter to unlock to explore its secrets.

After defeating 2 lesser vault guardians, they release energy which brings the Graveward to life which you will then fight. 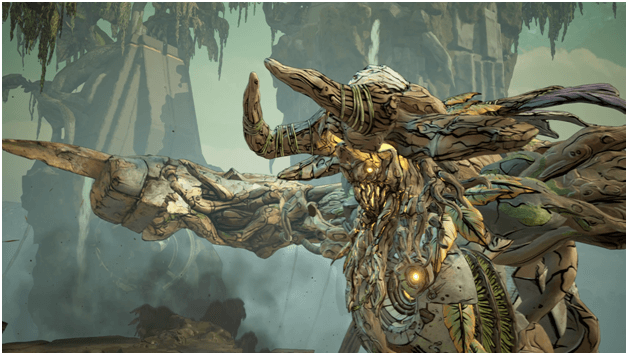 During the Cold As The Grave mission, you will encounter the Graveward in The Floating Tomb after obtaining the fully built vault key from Tannis.

You will then need to fight the Graveward in order to proceed with the mission where you will then explore the vault that it has been guarding. 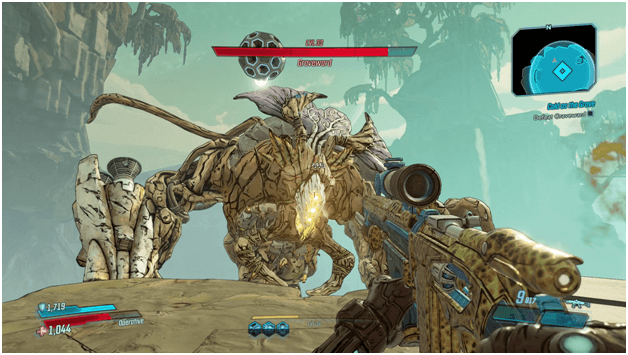 The Graveward will be very large, allowing it to attack you wherever you are in the area, making it necessary for you to analyze its patterns to evade its attacks.

Most of its attacks can be evaded while some may be endured if you have a good shield equipped but its best to avoid the attacks as much as possible to avoid getting downed. 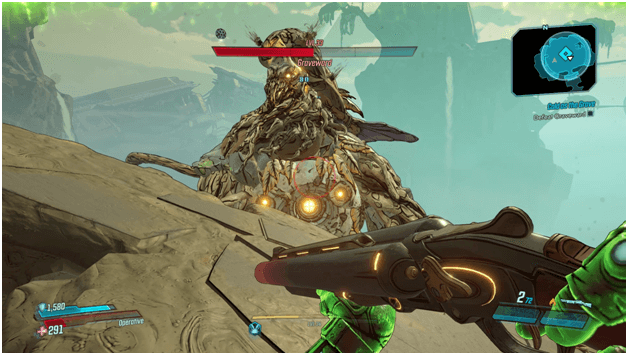 It will attack you with slams, projectiles and will even attempt to make you slide off of the platform which you are standing on while fighting it.

You will need to repeatedly jump towards the other side when the platform is tilted in order to avoid sliding off to your death. 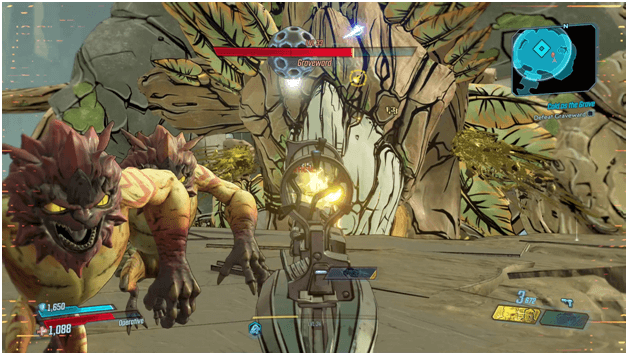 During the fight you will also be attacked by enemies that you have encountered on Eden-6 which you should save for later on if you get downed. 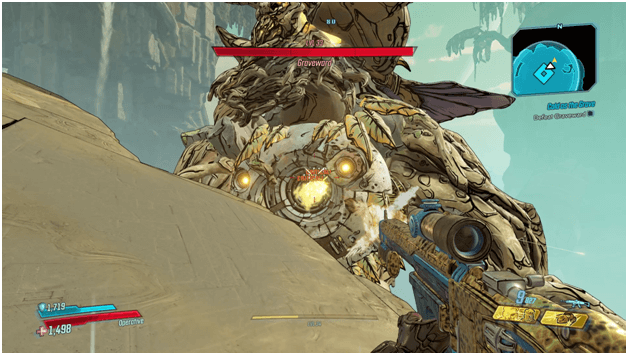 The Graveward will have glowing parts on its chest and head which can be shot to deal critical damage to it. 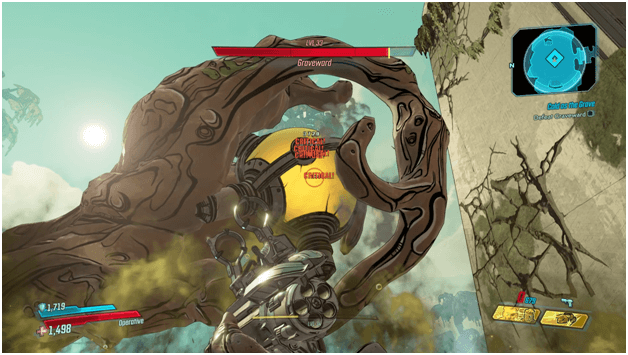 When it attempts to slam the platform, its arms will be stuck for a while which make it easy to spot and shoot orbs that are in its hands.

These may also be shot to deal critical damage to it and should be targeted whenever it is stuck in such a position. 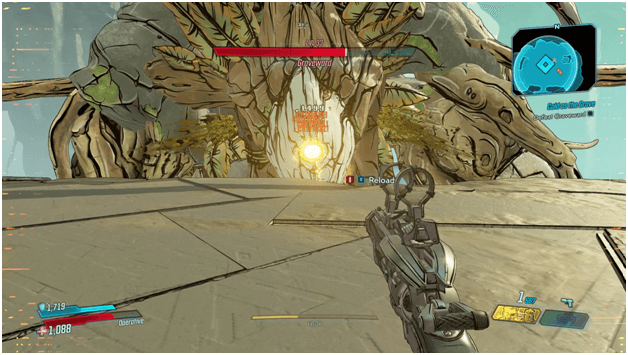 Upon taking successive damage, especially from critical hits, The Graveward will be stunned which causes it to bow its head, giving you an easy shot at its weak spot on its head. 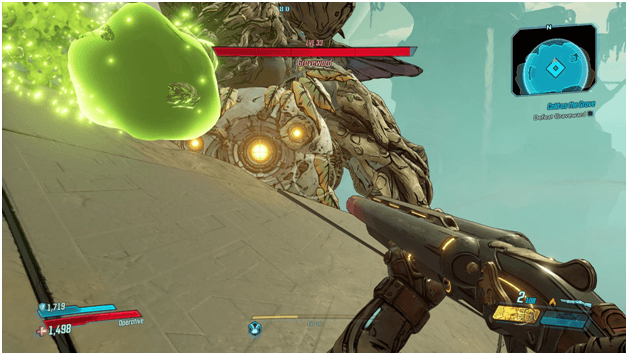 Usually when The Graveward tilts the platform, it will cause giant corrosive blobs to head down to where the platform is tilted.

When the platform is tilted, simply jump up to the direction you need to get up to and look out for the blobs as you can see them from afar before they reach you to give you an idea where to move. 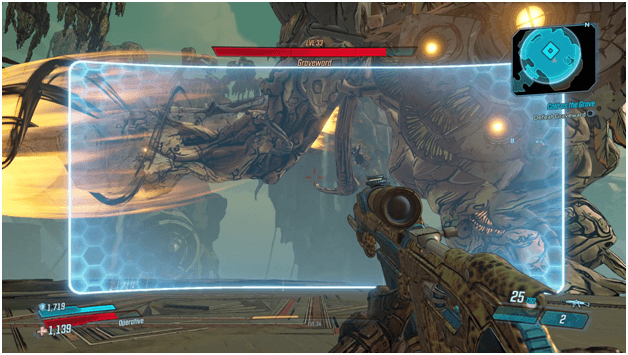 With its right arm, The Graveward will throw a sort of hook punch at you which swipes across the platform.

There are holes in the platform that you can slide into to avoid taking damage from this attack. 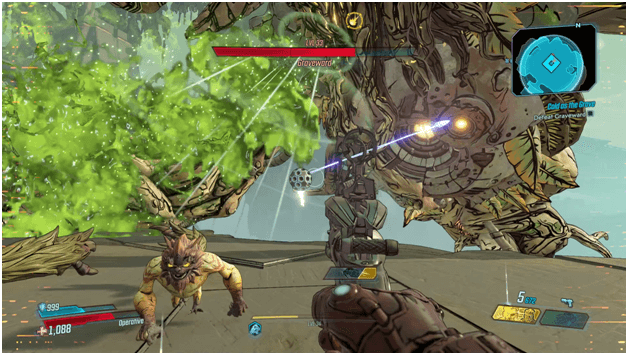 The Graveward expels a vomit-like substance which has corrosive properties that can affect you if you do not get out of range.

This attack usually occurs and will affect you if you are too close to The Graveward and can be evaded by moving out of the way since it will spray from one side to the other. 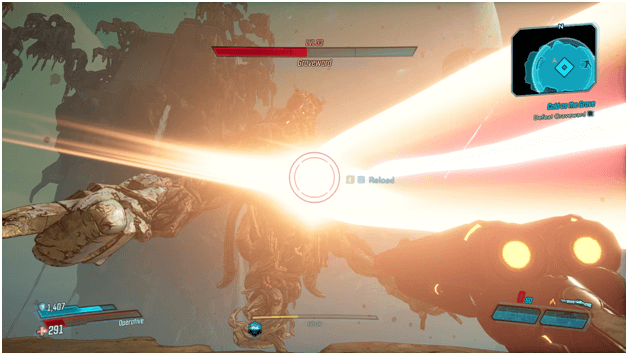 After charging up, The Graveward will let out a beam that will cross a direction that it is facing which will then move from one side to the other.

The area it passes will be set on fire which will deal incendiary damage to you should you cross paths with the area that is burning.

Avoid this by either hiding in the holes on the platform or moving out of the path which the beam is heading. 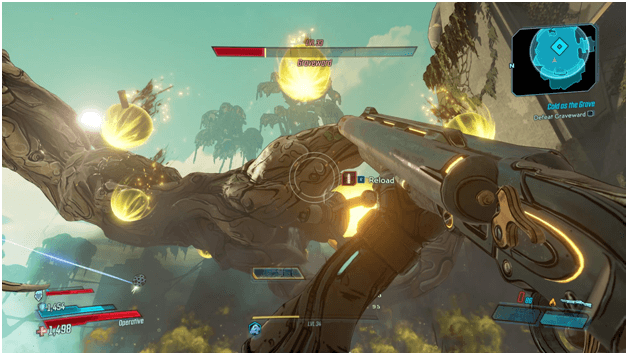 After doing a slam with its left arm, corrosive projectiles will rain down in the area around where the left-hand orb is.

Move away from the area where it is about to perform the slam to avoid taking damage from the impact as well as the projectiles. 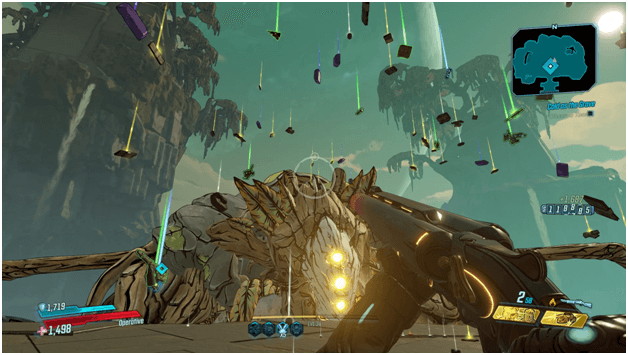 Aside from dropping uncommon to epic items, The Graveward has a chance to drop the “Grave” legendary artifact as well as the “Ward” legendary shield mod. 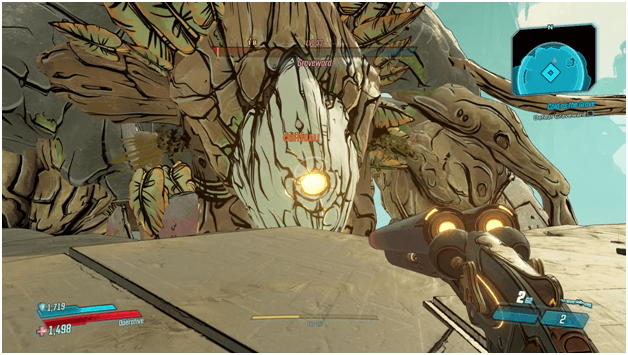