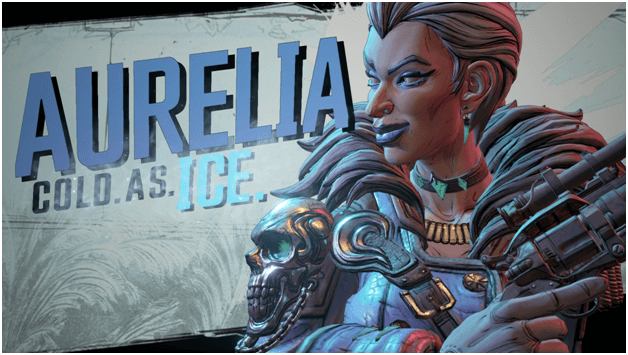 Lady Aurelia Hammerlock is the sister of Sir Hammerlock who is encountered in the Cold As The Grave mission, betraying her brother as well as attempting to prevent the vault hunter from getting the vault key fragment.

She is encountered when exiting the Blackbarrel Cellar through the conveyer exit after acquiring a vault key fragment. 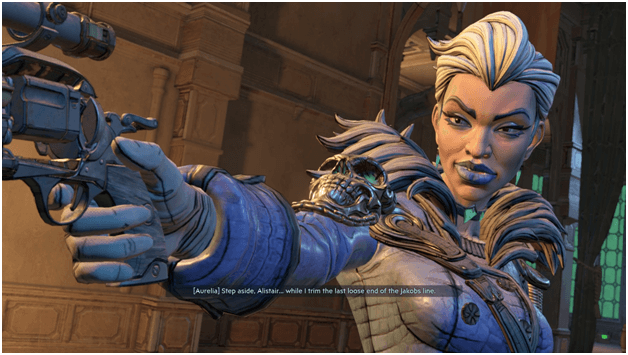 Just as you are about to exit the Blackbarrel Cellar to make your way outside to make your way to the vault, Aurelia is about to kill Sir Hammerlock and Wainwright but ends up freezing them in the Cold As The Grave mission which pits you against her in order to save the two buddies. 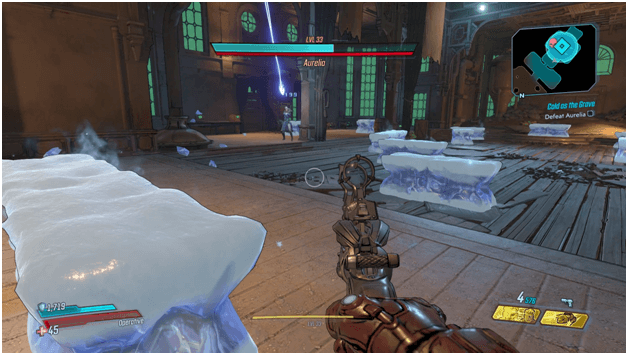 Aurelia will be continuously casting her abilities and firing at you which can end up with you get affected by the cryo status effect.

Most of her abilities can freeze you so you may want to stay near cover to avoid taking several hits while slowed. 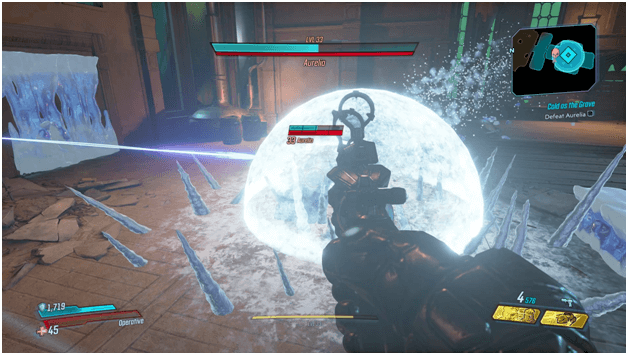 Aurelia will barely attempt to get close and in the even that she does, this will mean she will be doing her slam attack. 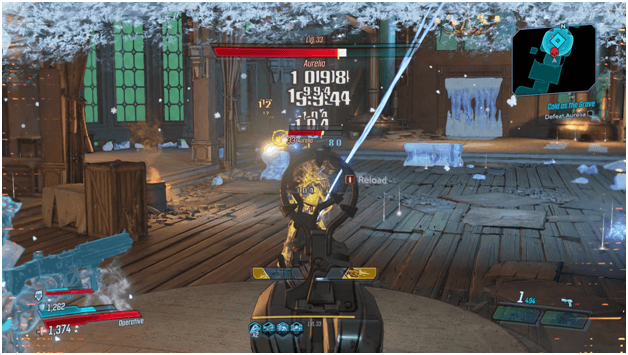 Keeping a good amount of distance will help you and you can resort to several objects in the area to protect you.

Aim for her weak spot and be sure to prepare to take cover whenever she will cast, he abilities to avoid taking unnecessary damage. 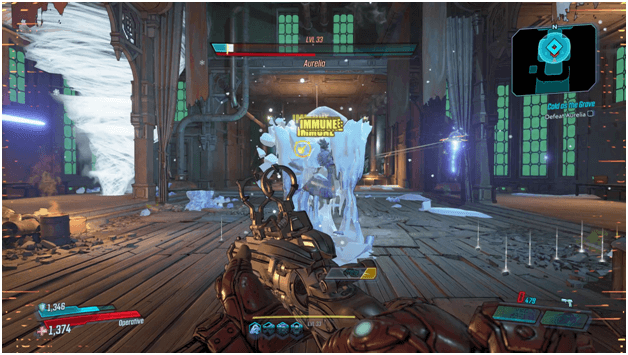 She may attempt to encase herself in ice or even stand on top of it, giving here either a defensive boost or giving her the high ground for attacking you. 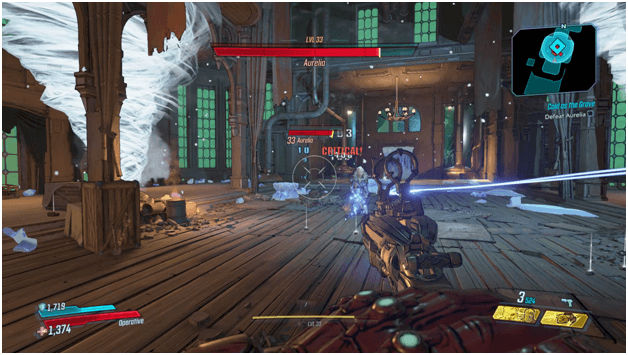 Aurelia may have powers, but she is still humanoid which makes her vulnerable to headshots and this will deal extra damage to her and even cause her to stagger for a bit. 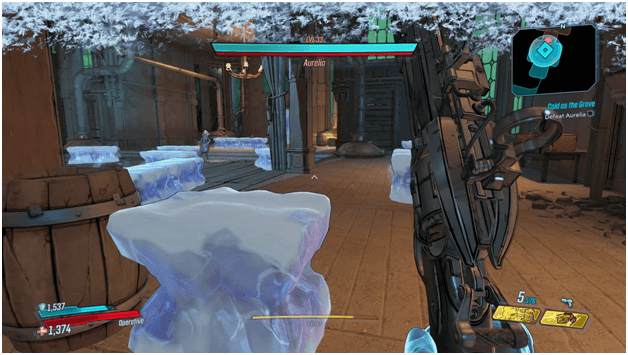 Aurelia will summon obstacles that will block your path which also deal an area of effect of damage and slow you.

This can be avoided by staying out of the area when she casts the ability or analyzing the pattern where they will pop up and reposition. 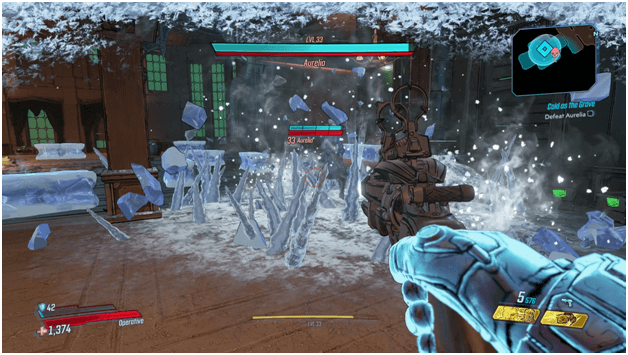 If you are near Aurelia, she will attempt to slam the ground and cause an explosion of ice and spikes which will damage and slow you.

In the event that you are far from Aurelia, she will do this attack after jumping towards your direction from a medium distance. 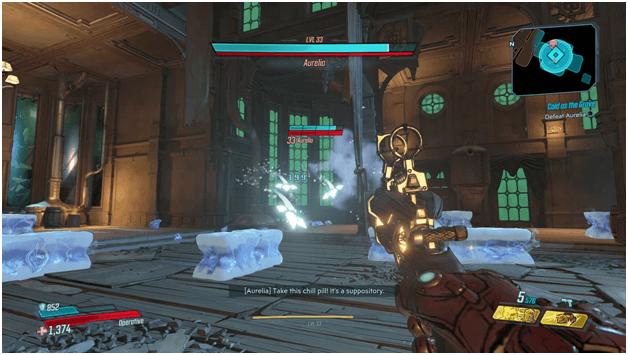 Aurelia will summon ice daggers that will home in on you, dealing damage and slowing you down for a duration.

Evading this may be hard for most players with slow movement speed and may even hit you if the cover you hide behind is not big enough or the trajectory isn’t thought out right.

Be sure to check the pathing of the knives when taking cover to make sure they run into the object you are hiding behind. 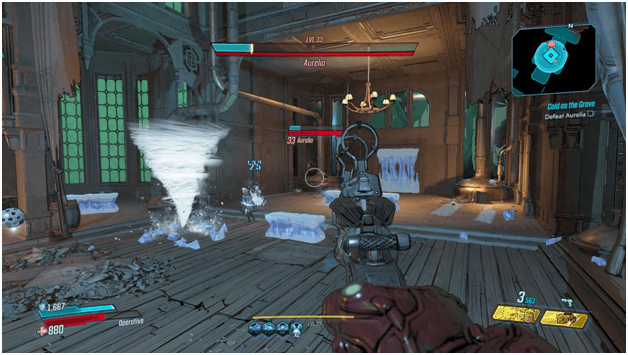 Aurelia creates a tornado that can freeze and toss you around which states for quite a long time in the battle.

This is easily avoided by just staying out of its range and keeping your distance from it. 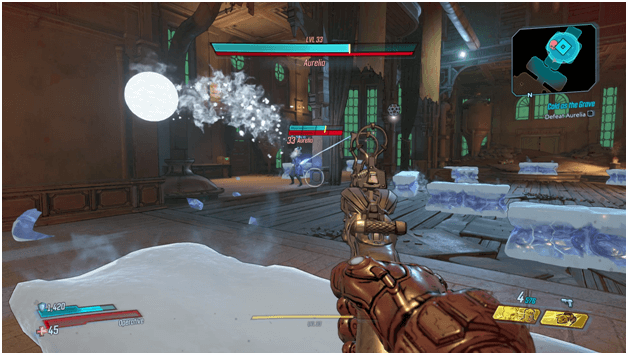 Aurelio lobs a snowball at you that deals damage small area with a slight chance to slow you down.

You can easily avoid this by moving out of the way or hiding behind cover. 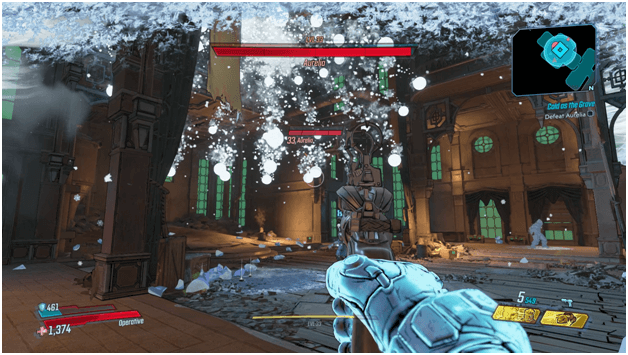 Aurelia creates a giant snowball above her which explodes into smaller ones, dealing damage in an area where they fall.

Once you see her creating a large snowball above herself, keep some distance from her to avoid taking a lot of damage. 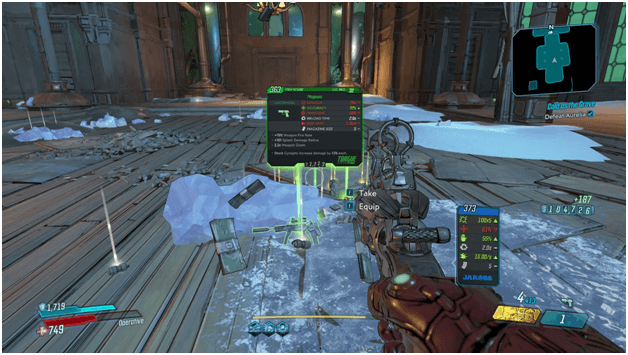 Upon being defeated, Aurelia is known to drop common to rare equipment with a good chance of dropping the “Frozen Heart” legendary shield mod more often than other legendary gear. 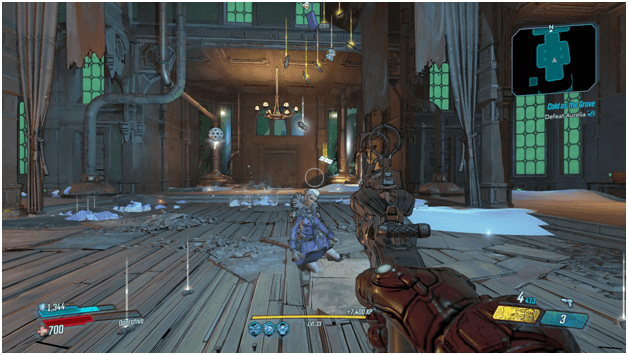