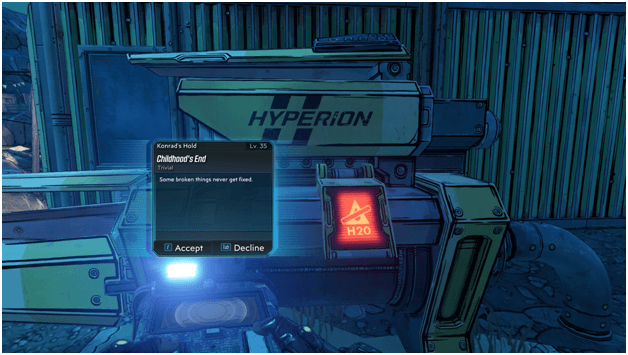 Upon discovering a Hyperion water purifier that has not been working for a long time, you examine it and Tannis contacts you through her siren powers in an attempt to help you get it working again.

Your mission will be to follow Tannis’ guidance as she tells you what to do in order to get the water purifier to start working again, providing Ronald’s Rest with a good supply of water. 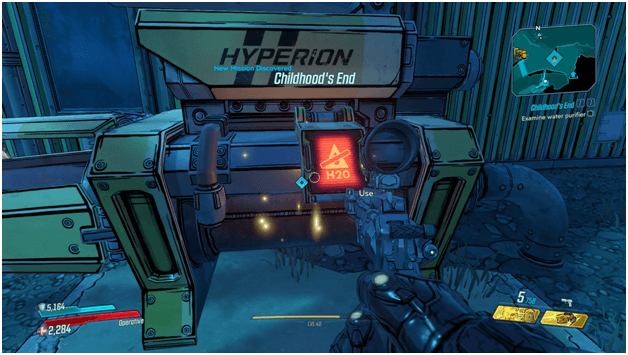 Once the mission has started, you are to examine the Hyperion water purifier in front of you that has not been working for a long time. 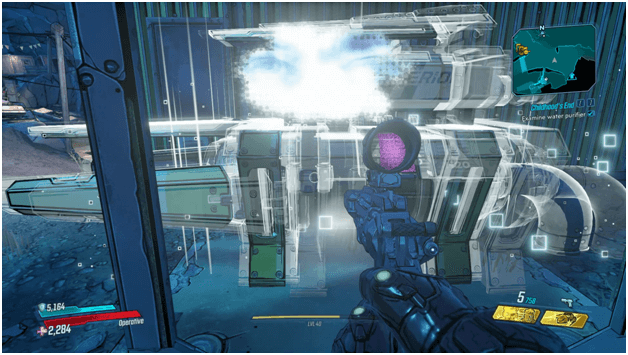 Tannis will contact you using her siren abilities and examine the water purifier by phaselocking it to identify what the problem is but this won’t work for some reason.

Heading To The Secret Lab 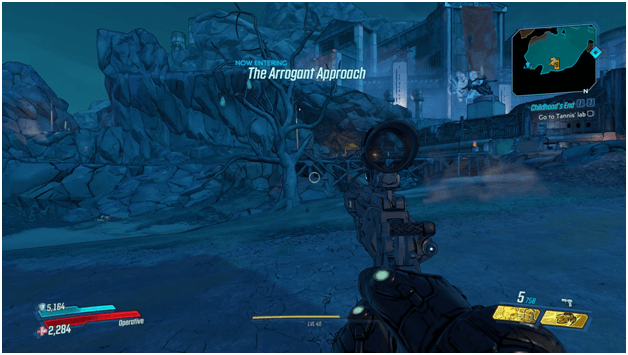 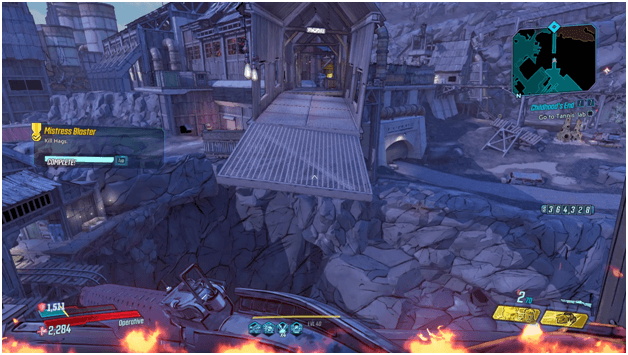 Make your way towards the secret lab that is marked by the waypoint which you have already been to earlier on the Angels And Speed Demon’s mission. 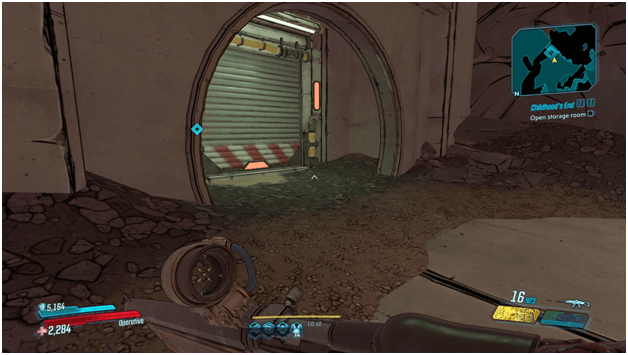 Once you reach the secret lab, head over to the storage room where the clues will be located. 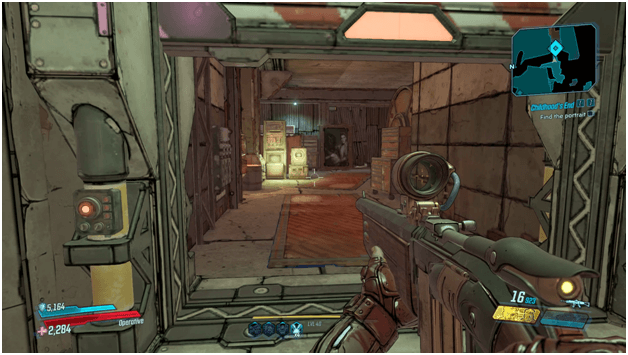 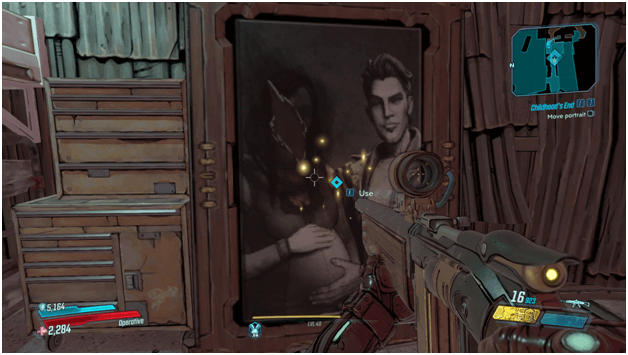 Tannis will start talking about the painting and after a while you will be able to interact with it, moving it to the side. 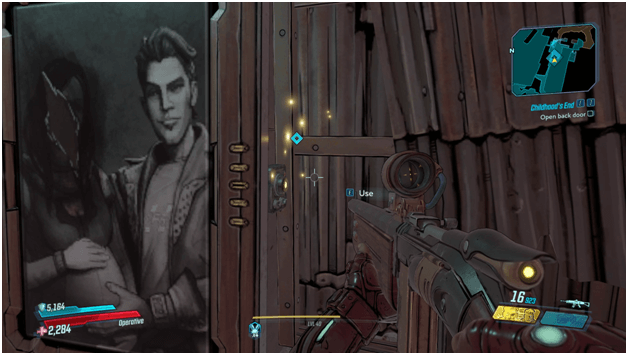 After the painting is moved, there will be a button behind it which you need to press to open up the secret entrance. 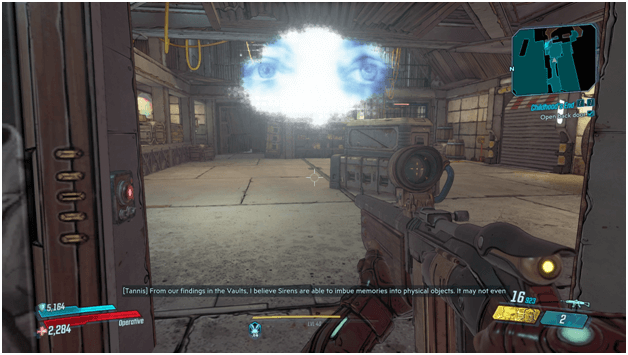 Once the secret entrance is opened, you will need to follow Tannis’ instruction when she tells you what to examine one by one. 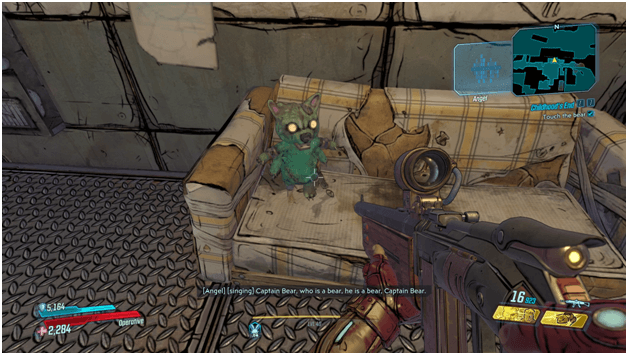 The first item that you will need to examine is a teddy bear that is sitting on the couch which will then bring back a memory of the child named Angel. 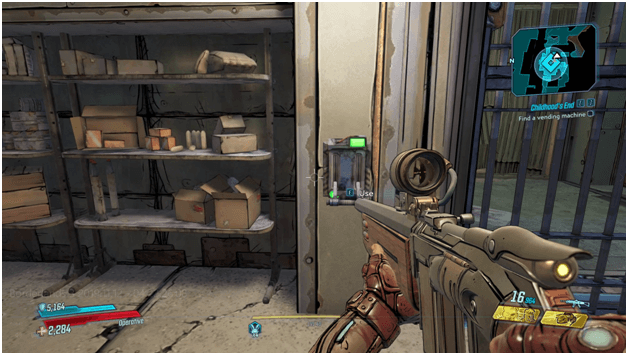 After examining the teddy bear, you are instructed to look for a vending machine which can be accessed after opening up a gate with a switch next to it. 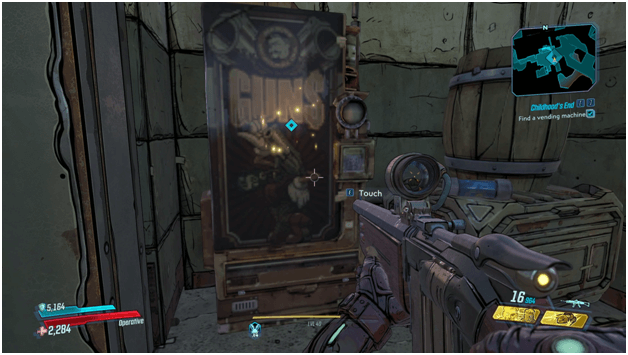 The vending machine will be inside the room hidden to the left and your examine it which will bring another memory. 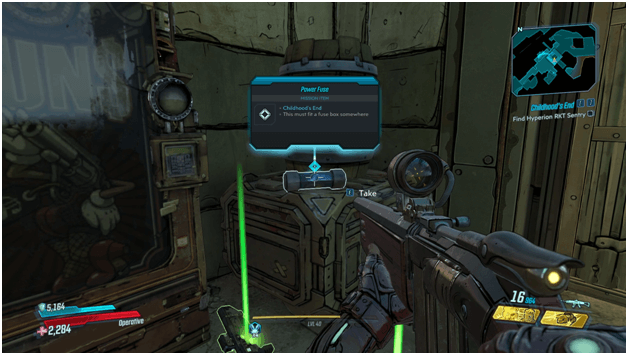 After the memory, a “Power Fuse” will pop out of the vending machine which you are to grab for using later. 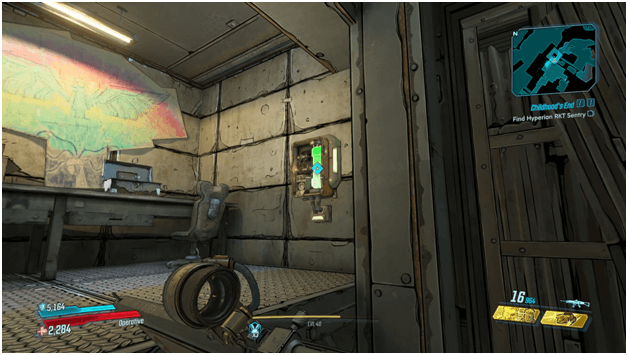 Head over to a sealed area and insert the “Power Fuse” into the power box which will open up the way to finding the next item which is a Hyperion RKT Sentry. 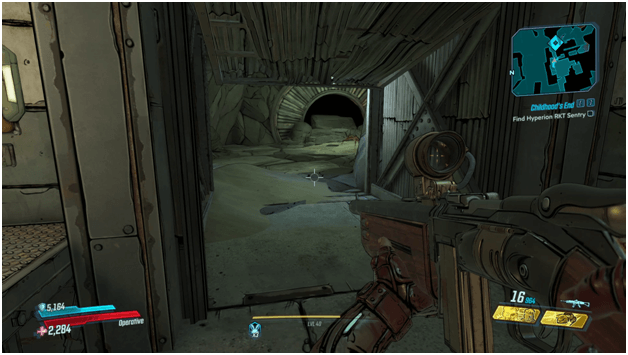 Move into the area that recently opened and make your way towards the waypoint which will bring you to the upper floor. 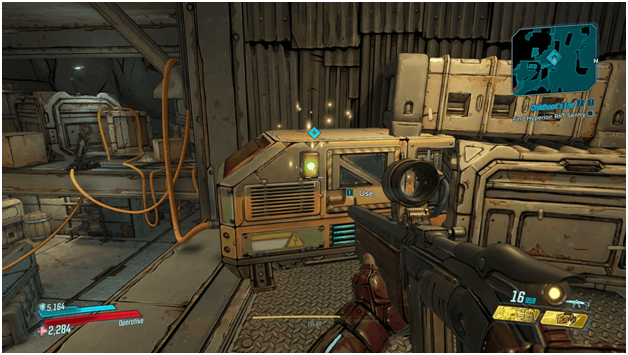 There will be a power generator at the top that you should activate in order to supply power to the wires that are connected to it. 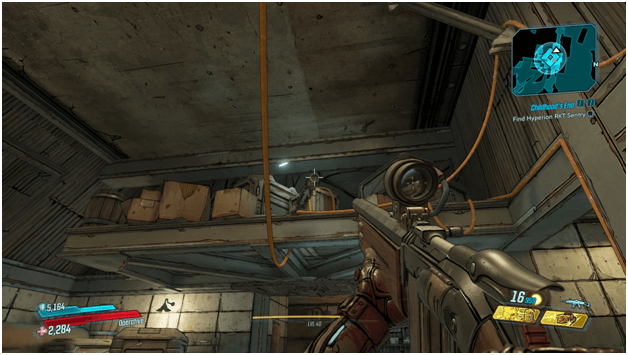 There will be a target connected to some wires which will allow electricity to flow through once you shoot it, provide power to another target with wires. 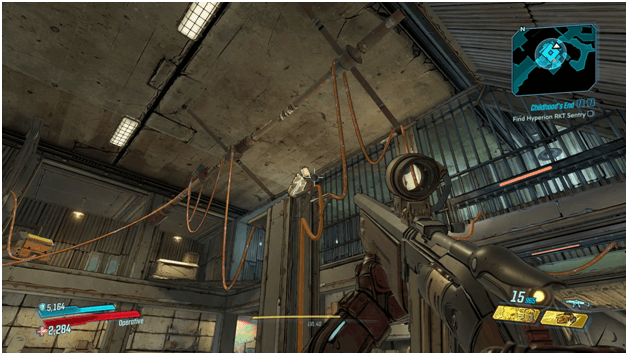 Shoot the target connected to the door in order to pass on the flow of electricity to it, opening up a small space where the Hyperion RKT Sentry is set up. 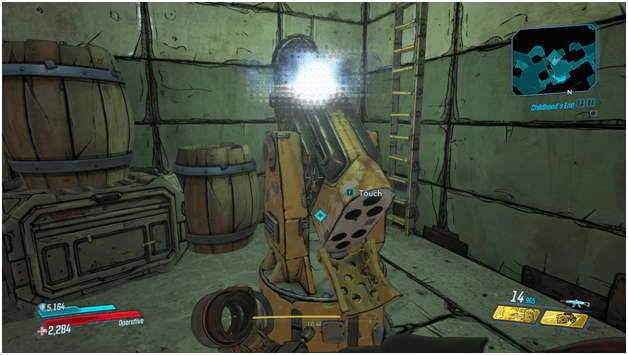 Interact with the sentry to once again begin another memory to play through which will reveal more about Angel’s past. 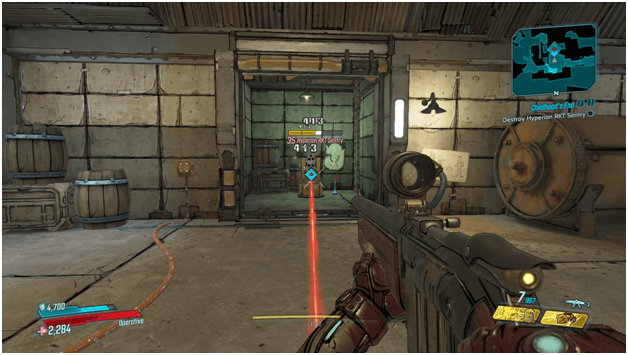 After the memory is finished, the sentry will begin to attack you violently and you must destroy it in order to proceed with the mission. 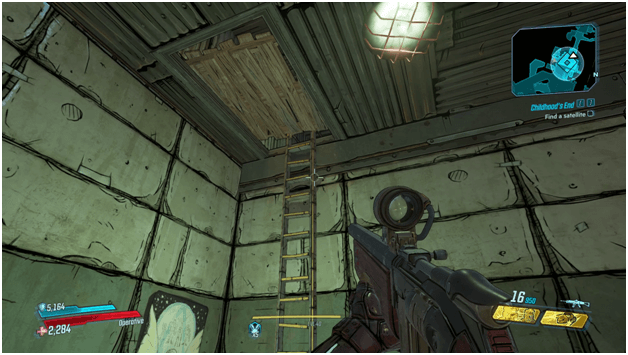 There will be a wood covering a passage on top of a ladder that you will need to destroy in order to access the next area where Tannis has instructed you to find a satellite. 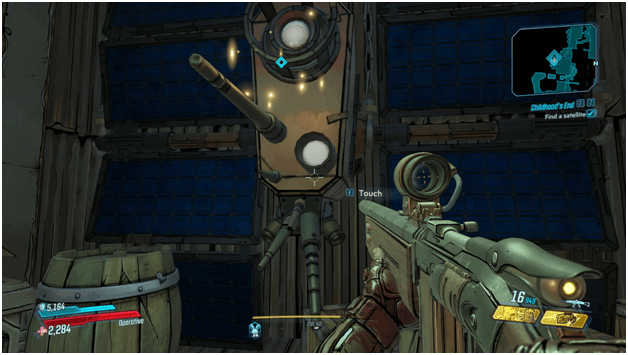 Head up to the satellite and interact with it to play another memory which will conclude what happened to Angel as well as give Tannis enough memories to finally fix the water purifier.

Back To Roland’s Rest 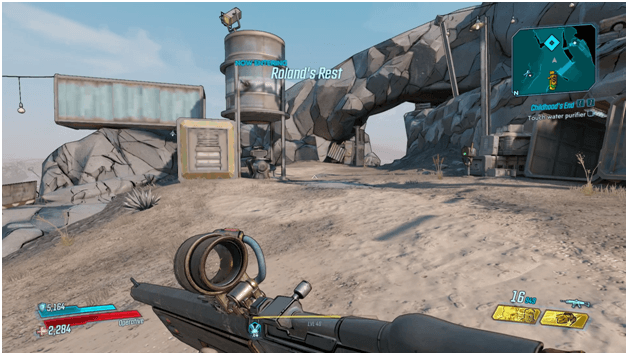 Fast travel back to Roland’s Rest and head towards the Hyperion water purifier for another attempt to fix it. 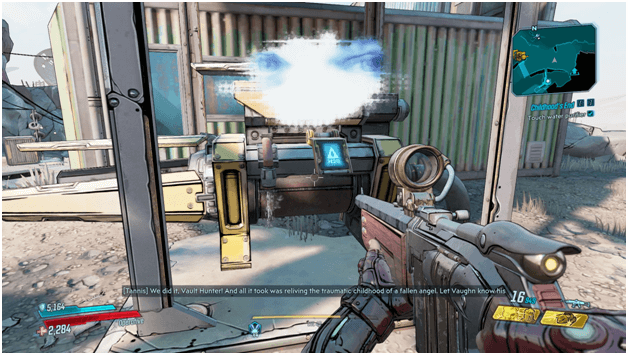 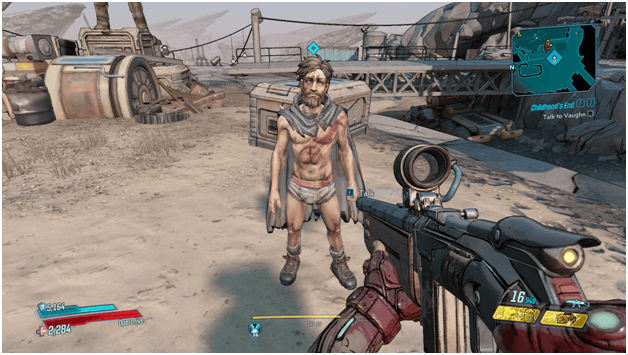 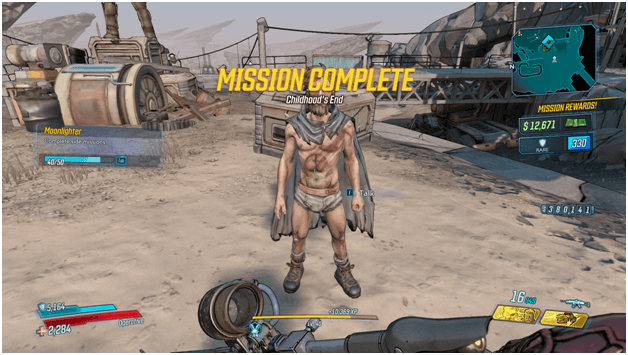 When the Childhood’s End mission has been finished, you will be rewarded with around 12,671 cash and the “Loop of 4N631” rare shield mod. 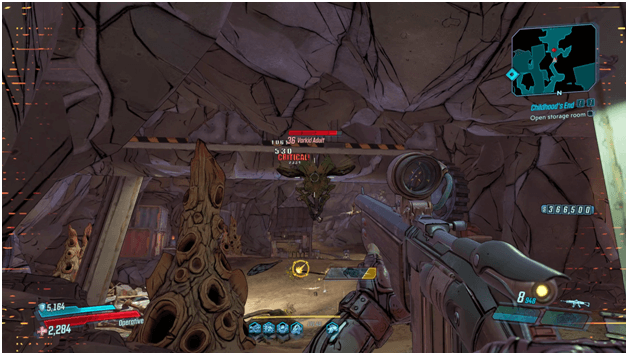