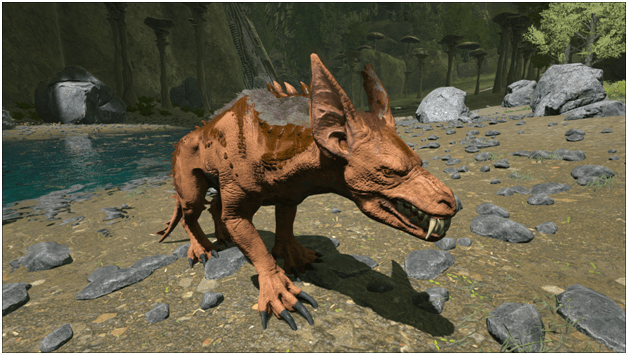 Canis barghest is a strange creature from an unknown time that features an aggressive temperament and a carnivorous diet to go with it.

These creatures show a resemblance to what appears to be the mixture of a canine and a bat, having basic quadrupedal features along with large ears which help it hunt in the dark.

It would appear that these creatures are pack hunters and would roam certain areas in the Aberration map, taking out creatures as a single unit.

When a human or their tames are detected, these creatures will begin to attack in order to bring down their prey and turn them into a meal.

Tamed Ravagers are quick on their feet and do well in groups, making them a good choice for tribes that like to send out groups of creatures to assault their targets. 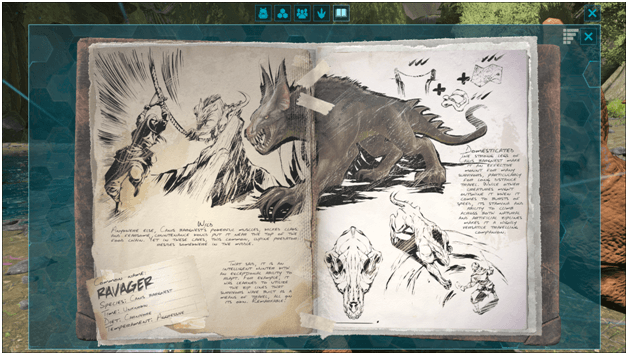 This creature remains on top of the food chain when it comes to certain areas in certain habitats due to the build of its body as well as the way it performs when with its own kind.

These creatures have shown their intelligence by hunting as a group as well as knowing how to catch their pray while some have even said that these creatures have adapted in several ways, even being able to use ziplines that humans have built.

The Ravager shows a great deal of agility as it can travel a long distance not by having the best speed but being able to outlast other creatures, making it perfect for a chase and scouting areas. 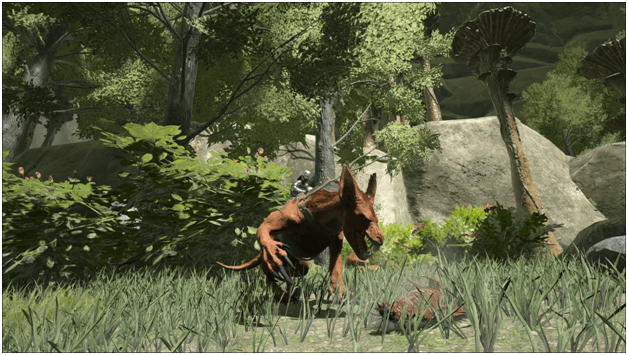 The Ravager swipes with a different attack in order to gain a different amount of resources, mainly harvesting more meat than usual.

Ravagers gain a pack bonus when others are nearby, stacking up to 4 instances which increase the overall efficiency of those affected by the pack bonus in terms of damage and damage resistance.

With its fast movement speed and the ability to leap over obstacles or across gaps, the Ravager makes a scout for tribes both starting and that have progressed.

These creatures fight well when in a group of the same kind, making them capable of taking out creatures larger and stronger than they are.

While it does not specifically harvest a lot of resources, its harvest attack allows it to gain good amount of resources from bodies.

How to Tame Ravager? 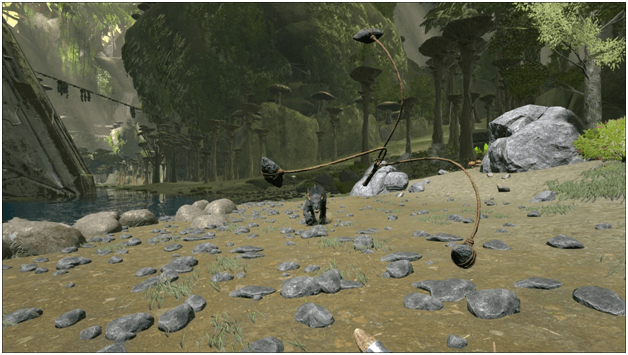 A Ravager can easily be tamed by disabling it with a Bola to immobilize it followed by knocking it out with your taming weapons. 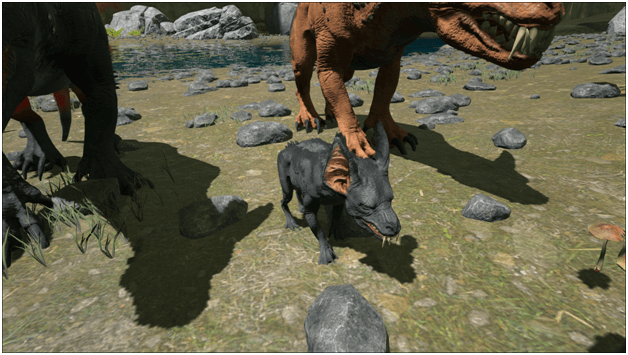 When a female and male Ravager mate, the female will undergo gestation and later on give birth to a Baby Ravager.

Ravagers can be found in many of many dark cave-like areas or around areas that are nearby them.

Maps where the Ravager spawns:

The following are spawn maps where the Ravager can be found 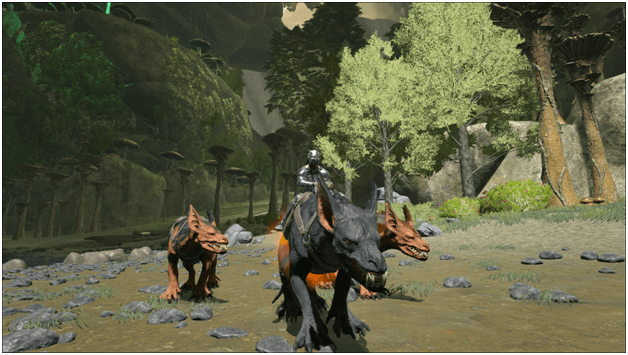 These creatures are terrifying to look at, especially when several of them are heading in your direction as most survivors can sense that only pain or death may follow.

Ravagers are known to be some of the deadliest predators seen since they are strong enough to survive the harsh environments of Aberration and can fight together to annihilate almost any foe.