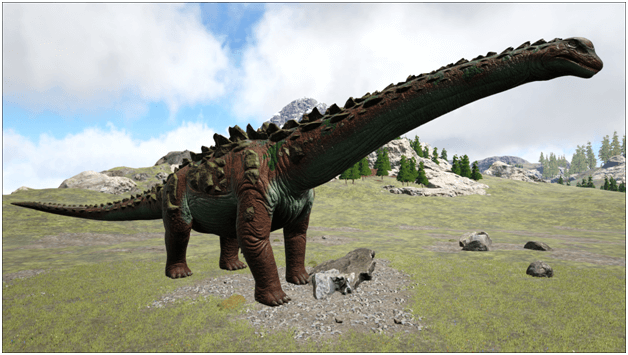 Titanosaurus Vagacastrum is a massive herbivore that appeared in the late Cretaceous epoch that is usually passive but will turn aggressive at times when approached.

This creature is absolutely titanic in size along with thick rock-like scales on its back that makes it look like a walking mountain.

In the wild, the Titanosaur is docile and minds its own space but anything that invades that space will end up being trampled by the Titanosaur.

When humans do approach the Titanosaur they are for sure in for a titanic thrashing from this massive creature and it is advised for them to keep their distance.

Once tamed, this juggernaut of a creature can provide a certain advantage when it comes to warfare, being able to be a walking fortress for tribes that have these creatures on their side. 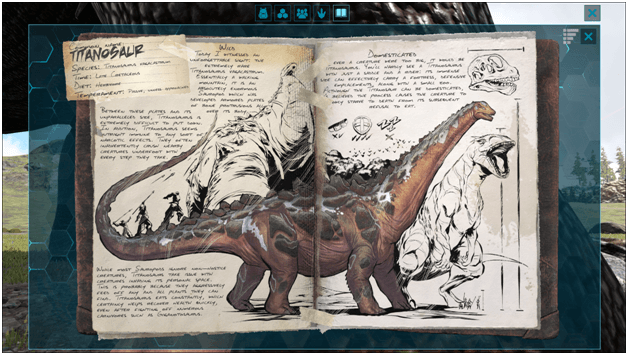 The Titanosaur is a massive sauropod with tough bone protrusions on its back, making it appear as walking mountain and with its massive size, they are also tough enough to easily shrug off traditional torpor inducing concoctions.

Unlike other sauropods, the Titanosaur is particular with its personal space and will attack anything that invades it.

This creature likes to eat a lot to keep its health up due to it being a large target for the very aggressive predators such as the Giganotosaurus that occasionally attempt to attack it.

For a creature of this magnitude and size, they are certainly one of a kind and as a creature that can be tamed, it can easily carry a fortress on its back but the drawback of taming this magnificent creature is that they would refuse to eat once tamed and eventually die. 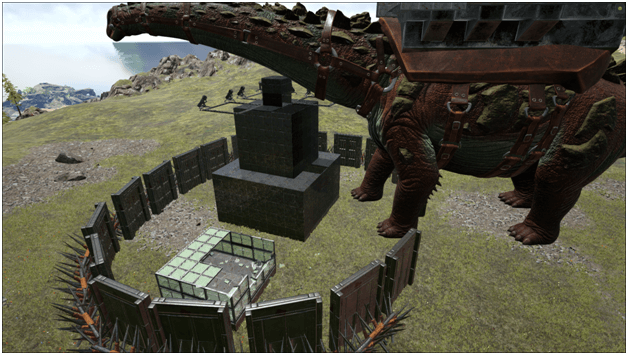 Due to the large size of the Titanosaur, it is capable of damaging the sturdiest of structures such as metal or Tek which make it a powerful creature to have during raids.

The Titanosaur is so large that it can be utilized as a massive siege fortress where structures and weapons may be built to use in wars.

Due to the massive amount of health that the Titanosaur has, it can easily soak the ammunition from base defenses.

Having one of the largest health pools among almost all of the creatures in the Ark, the Titanosaur is more than capable of taking on a large amount of damage and can remain unaffected by most attacks.

How to Tame Titanosaur?

Titanosaurs cannot be knocked out with normal taming weapons and will require cannonfire or explosive projectiles to induce torpor.

One of the best methods is using a Quetzal with mounted cannons at the back or front which you will need to aim and fire.

Once the Titanosaur is knocked out, you will be able to access its inventory and you will need to equip the saddle to complete the taming process. 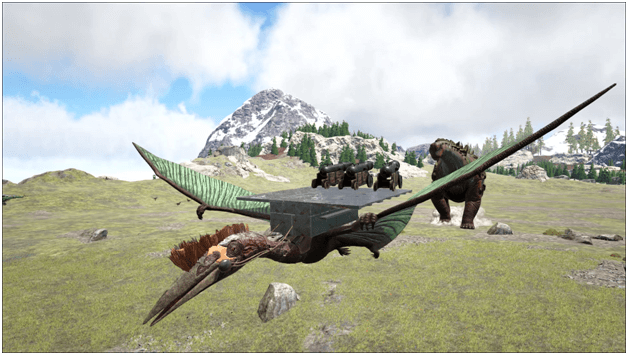 When there are two or more people in your tribe, you may easily tame the Titanosaur by having one person fly a Quetzal while another member or members will be handling cannons at the back. 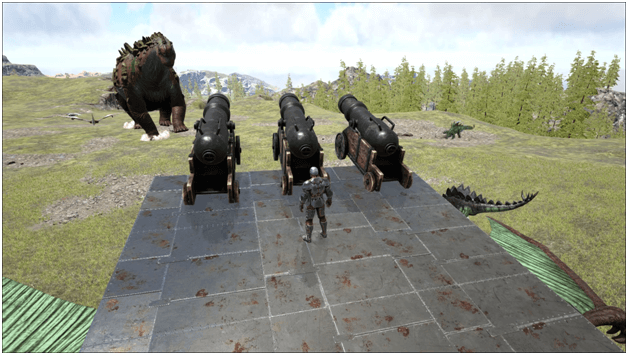 It is good for the group to make sure all cannons are loaded which makes 3 people perfect for the task as one person will be piloting the Quetzal, the other will be filling up the cannons and another will be firing them. 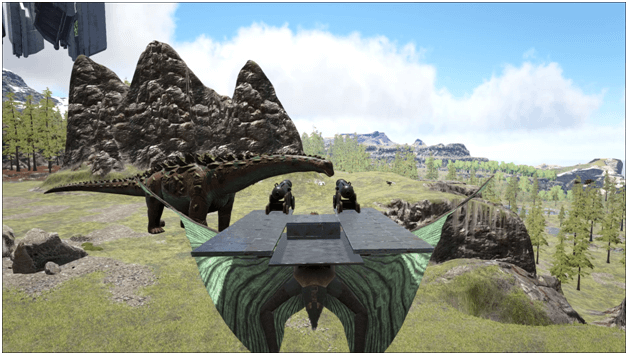 Those who attempt to tame the creature by themselves are no doubt in for a challenge as you will need to pilot, load cannons and fire them on your own.

Be sure to carefully position the cannons both aiming at a single location so you can imagine where they will hit when you fire them.

Make sure the cannons can easily be accessed when you dismount your Quetzs and make sure that you can easily get back on it. 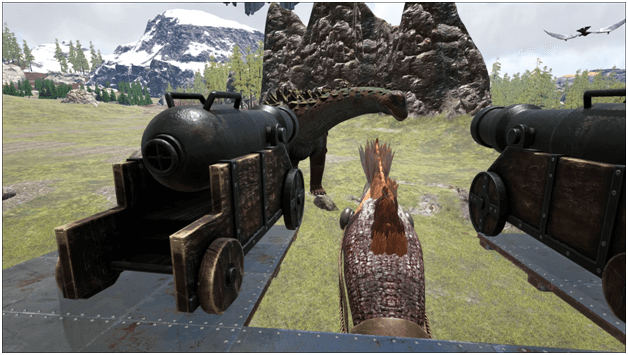 Fly your Quetzal facing the head of the Titanosaur and quickly fire with the cannons that you have placed on it.

Once you have shot at the Titanosaur, fly upward and away from the massive creature and reload the cannons.

Repeat this step until the creature is knocked out.

The Titanosaur does not eat and will eventually starve to death after it has been tamed.

The Titanosaur’s short lifespan in captivity makes it difficult to determine if they can breed like other creatures and it has usually been known to die before it can attempt to mate.

Titanosaur can be found in the larger open areas where it can roam around freely eating as much as it pleases.

Maps where there are Titanosaur:

The following are spawn maps where the Titanosaur can be found 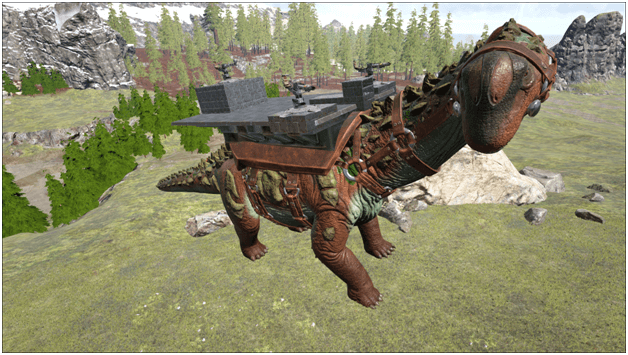 The Titanosaur should not be hard to find due to their size but are still quite rare to see out in the open and it can be quite a hassle for your camp if it is the path of this titanic creature.

Although most tribes find it hard and pointless to tame such a creature due to the fact that its life is limited and it will eventually die, the more advanced tribes tame these when they prepare on taking out those who they want to completely dominate.

When a tribe has successfully tamed such a Juggernaut, most tribes should be on the lookout because when the large stomping of this creature can be heard, an intense battle that may only end in a futile defense is about to happen.