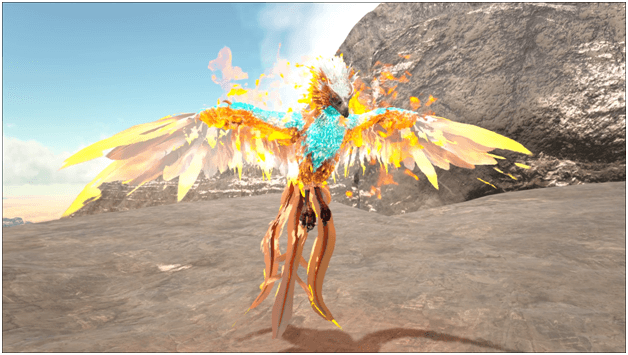 The Phoenix is a mysterious creature from an unknown time that feeds on heat or fire and has an elusive temperament.

This creature is a combination of deadly fire and an elegant bird, creating a creature so elusive that tribes spend days searching to find it.

In the wild it appears in superheat weather all over the map and flies around until the cycle ends where it will then it will fall and turn into an ash pile.

These creatures tend to evade all types of danger and will flee when attacked or pursued, eventually escaping and disappearing..

Once tamed, these creatures provide tribes with its deadly fire abilities as such as casting out fireballs, streaking across the sky with a trail of flame and even melting metal for tribes to use. 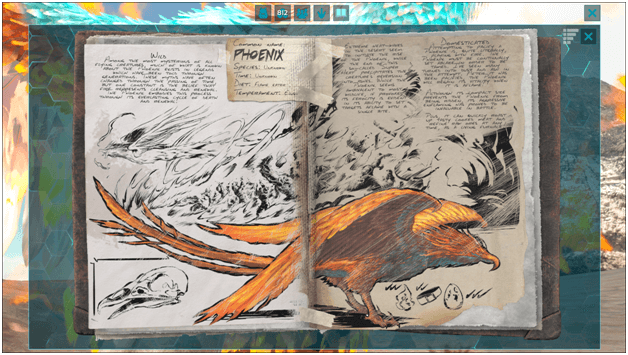 The mystique of the Phoenix comes from generations of stories of the existence of these mythological creatures that embody cleansing and renewal from their everlasting cycle of death and resurrection.

Extreme heat waves makes the ash piles of the Phoenix bloom to life then at the end of this superheat event they disappear and turn back into ash piles.

Feeding their flames with more sources of fire can quell the Phoenix to your side and the only way to heal them from their injuries in captivity.

Not only can these creatures gather metal but they can also act as a living forge and smelt the metal for the tribes to use. 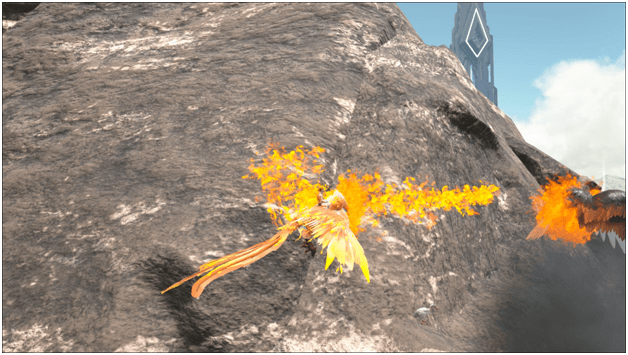 The Phoenix casts out a fireball that will travel forwards to damage enemies or wild creatures that it impacts, dealing damage over time. 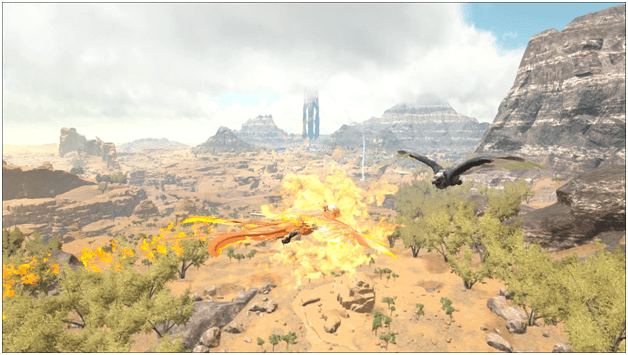 Setting itself ablaze after a few seconds of channeling, the Phoenix then streaks through the air, setting enemies and wild creatures on fire as it passes them.

Holding the jump button/key will initiate the ability. 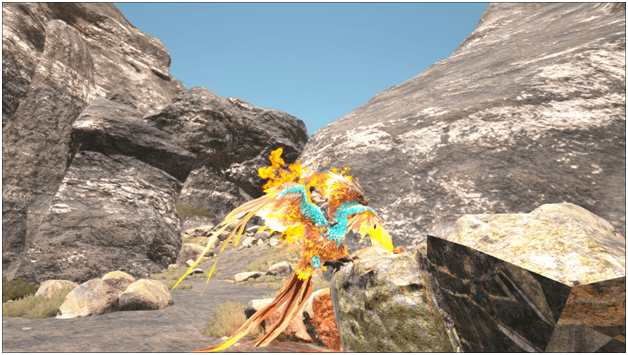 The Phoenix is able to use its claws to do a special attack which is capable of harvesting from rocks and boulders, allowing it to collect stone, flint and even metal and other resources gathered from such nodes.

A lot of resources can be gathered depending on which attack the Phoenix uses, such as wood and thatch with its bite attack and stone, flint, metal and other ores with its claw attack.

The Phoenix is capable of smelting raw metal into ingots which the tribe may utilize, making it a forge on the go to complement its ability to gather metal.

Being the sole embodiment of fire, the Phoenix is capable of using its natural element to set enemies ablaze and its physical attacks to deal damage to those that get too close.

How to Tame Phoenix? 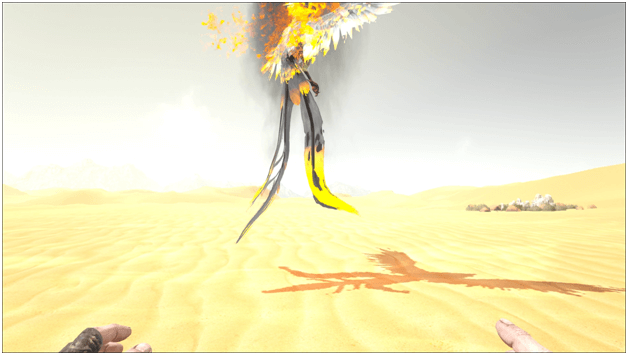 As the Phoenix may only be tamed during the heatwave weather that occurs, one must be able to locate it during such a time and figure out where its cycle ends.

The cycle of a wild Phoenix ends when the heatwave is over which will result in the Phoenix turning into a pile of ash that soon disappears. 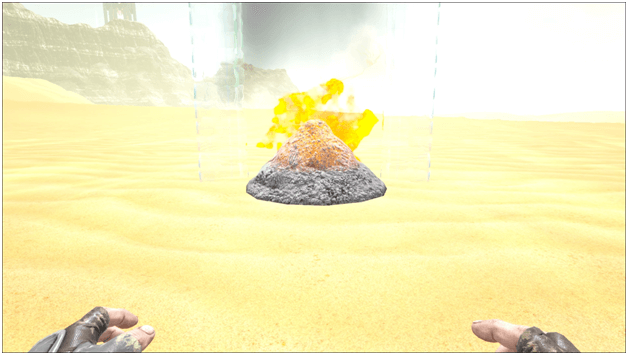 One may simply locate the Phoenix and attempt to wait it out until it turns to ash or attempt to tame it on the spot. 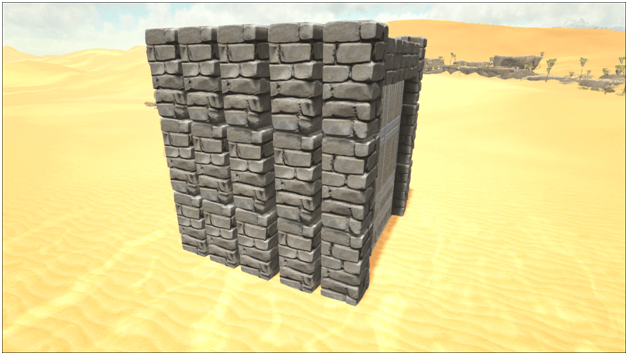 A very common and useful method for those that want a sure tame is to build a trap made from Behemoth Gateways with two Gates on each side.

This is to be placed over where the Phoenix had last turned into ash so that when the next heatwave comes, the tribe will be ready. 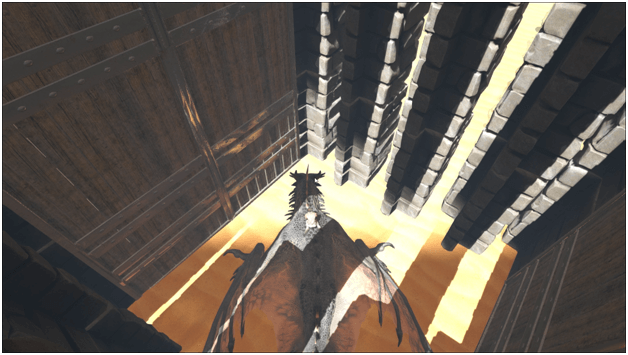 One of the most efficient ways to tame a Phoenix is to bring a Fire Wyvern into the trap so that you can use its fire breath to tame the Phoenix. 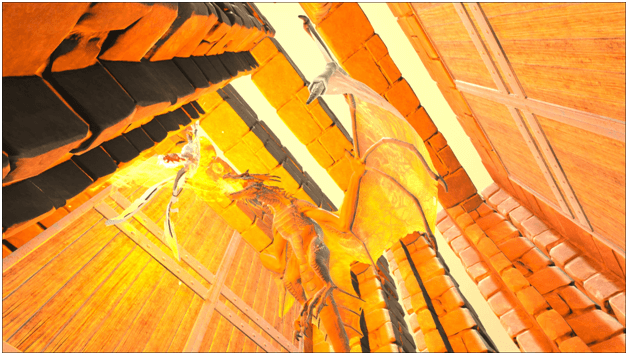 Once the Fire Wyvern has been brought into the trap, wait for the Phoenix to rise up and start breathing fire on it.

Be sure to use the fire breathe as close as possible to deal additional fire damage to tame the Phoenix faster. 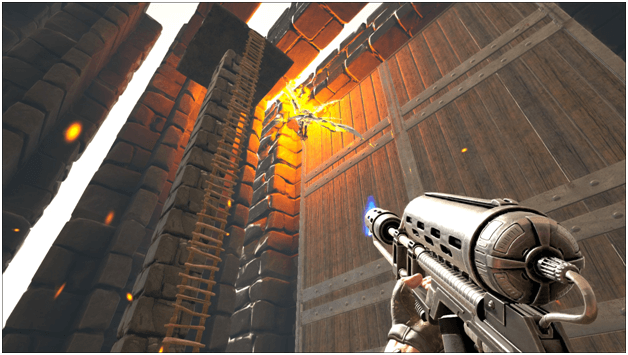 It is possible for you to use a Flamethrower to tame the Phoenix but this will require you build a platform that you can stand on as well as require you have a good stock of the weapon and its ammunition. 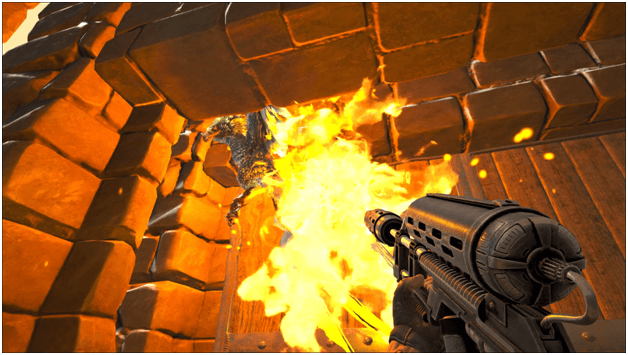 Make sure your platform is at the center so you can easily reach the Phoenix since the Flamethrower has a short range on it. 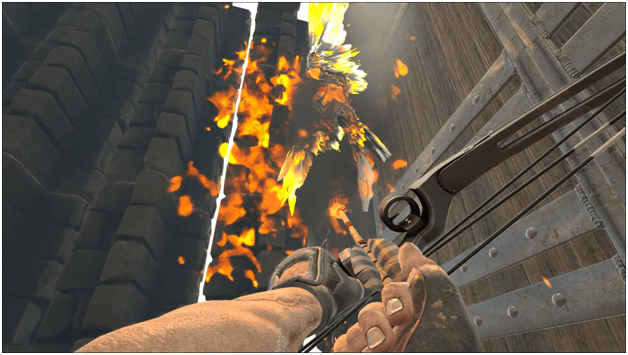 Instead of using the other mentioned methods, the fire damage of the Flame Arrows may also tame the Phoenix but this will take quite a long time and require a lot of ammo. 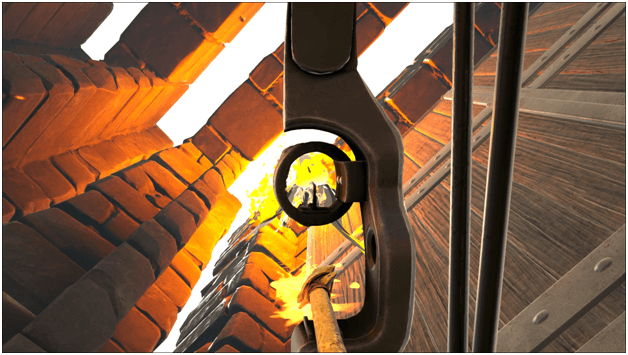 The Phoenix will tend to stay in corners and will be easy to hit with the Fire Arrows but be sure to have others with you as taking too long will waste the effort. 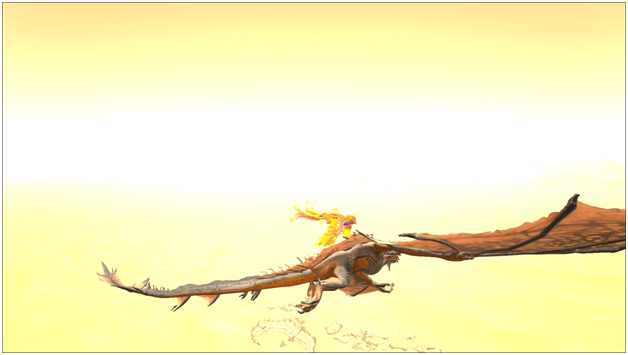 For those that do not wish to set up a trap or that want to tame the Phoenix on sight, flying around with a Fire Wyvern can make quick work of this.

Simply chase the Phoenix once you find it but remember to try to breathe fire on it as close as possible to deal more fire damage to tame it faster and try not to take a bite at it while you do so.

Once the Phoenix has been tamed, it may be ridden safely without a saddle.

The Phoenix cannot be bred by any means and can only be tamed.

Phoenix can be found high above the sky in super heat events.

Maps where there are Phoenix:

The following are spawn maps where the Phoenix can be found 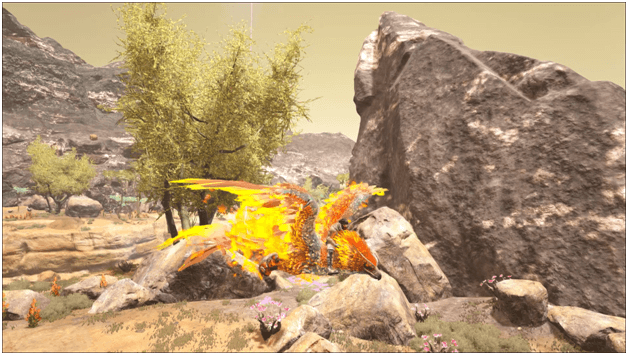 Phoenix are a sort of jack of all-trades flying creature, able to fight by setting things a blaze and being a flying creature that can harvest several resources.

One of the benefits of having a Phoenix is that it doesn’t just have the ability to harvest metal, it can also smelt the metal when kept  in its inventory.

Overall these creatures may be hard to tame but once a tribe has finally accomplished such a task, the benefits provided are rewards enough due to the capabilities of this beautiful creature.