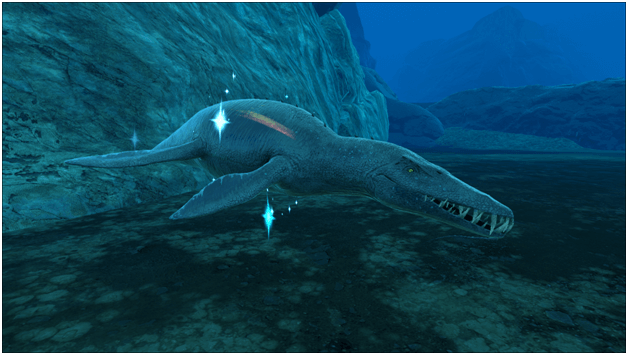 Liopleurodon is an elusive sea creature with a sweet tooth that appeared in the mid-late Jurassic Epoch.

It is a very large sea creature with a long head with large flipper-like limbs and it has smooth scaly skin.

In the wild, they are illusive as can be but will attempt to attack those that get near it regardless of its small size compared to other creatures..

Even though it is safe to approach a wild Liopleurodon they are quite hard to find, but if one is seen and approached while mounted they seem to get jelous and will attack the mounted human.

When tamed, these creatures are somehow able to improve the value of underwater treasure boxes of those who are in their presence. 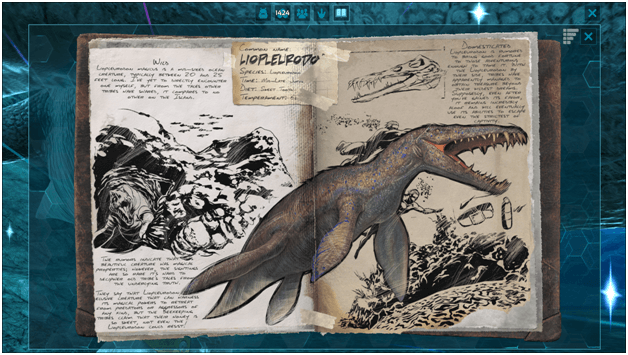 Liopleurodon is considered a mid-sized ocean creature that is hard to seek out in the wild due to elusiveness and sometimes can be mistaken for other common creatures of the same build and size profile.

It has been speculated that these creatures have a magical quality to them, further adding to their already mysterious reputation.

They can even move in and out of danger, escaping massive water threats that are unable to pin this creature down while some have claimed that their love of honey is a weakness to their illusions.

Even though they can be tamed and help tribes find treasure in the high seas, their elusive nature never leaves them as they are able to disappear even from enclosed water pens, vanishing without a trace. 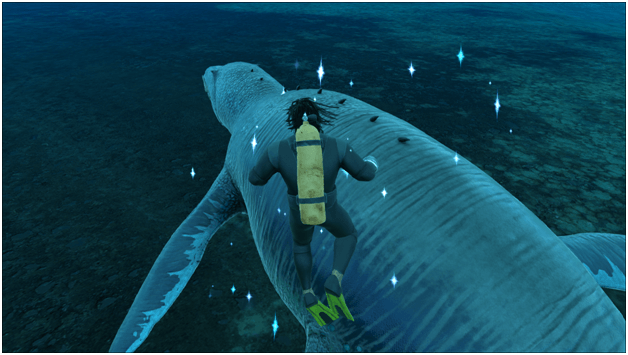 Liopleurodon are able to provide a buff that can improve the quality of Deep Sea Loot Crates and underwater Supply Crates.

The Liopleurodon’s buff lasts for 5 minutes when the survivor is distanced from it but will activate again once they have come within close range.

When 30 minutes have passed after the taming of the Liopleurodon, it will vanish and be gone forever.

They improve the contents of underwater loot boxes as long as the Liopleurodon stays with the rider or the rider has the buff that it has given them.

How to Tame Liopleurodon? 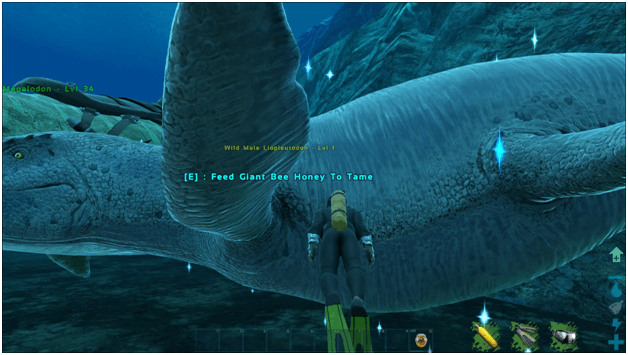 Taming these creatures are a temporary affair wherein after taming they will disappear after a set amount of time of 30 minutes.

You can easily tame these creatures by going up to them on your mount and allowing them to attack it while you feed them Honey.

Even if they are aggressive towards your tame, you will still be able to feed them but be sure to watch out for other underwater creatures.

The Liopleurodon does not require a saddle and may be ridden as soon as it has been tamed.

The Liopleurodon cannot be bred and even if an attempt would be made to do so, they would probably be gone before anyone would see it.

It is yet to be defined how these creatures reproduce and Liopleurodon do not stay long enough in captivity to figure out how they reproduce.

Liopleurodon can be found in the deeper parts of the oceans mingling with the other non aggressive sea creatures.

Maps where there are Liopleurodon:

The following are spawn maps where the Liopleurodon can be found 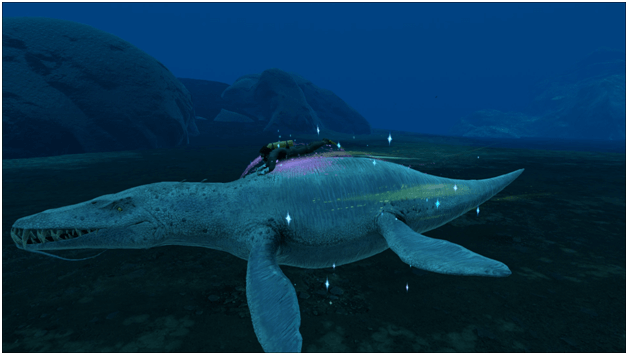 Liopleurodon are very rare to find in the wild and encountering one can be considered lucky for those who get the chance to do so as not many have been able to witness its presence.

It has been known that if this creature is threatened and does not have means of fighting back or has the knack for escape, it will quickly swim around in circles, creating a whirlpool and later on disappear.

Those who have been able to tame this creature have been granted luck when it comes to hunting for treasure and are well rewarded for the task it takes to tame such a beautiful creature.