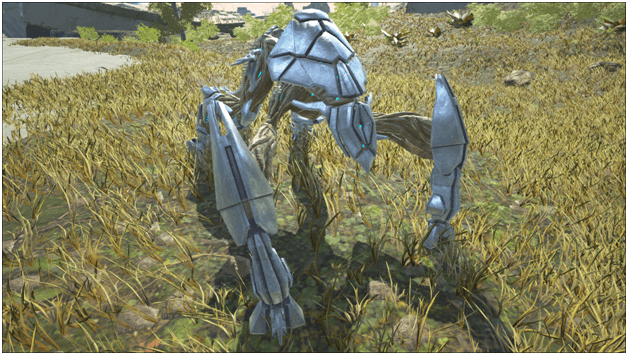 The AVG MQ-9Xis a mechanical creature whose primary function is meant for direct combat and is classified as a high level threat.

Enforcers are quadrupedal mechanical fighting creatures which are capable of dealing powerful attacks towards and even teleporting a short distance to chase its targets.

These creatures are normally found in the Extinction map, roaming around attempting to protect survivors and creatures around it in an attempt to preserve organic life.

This mechanical creature will attempt to aid survivors if attacked or protect wild creatures as well and are usually at one with a Scout that is roaming in order to be alerted if there is any enforcing needed.

Although these mechanical creatures aim to protect life, any threats against them will result in them responding vigorously to pacify the threat.

Tribes that are in the Tek stage are capable of constructing low class Enforcers while others have been able to collect blueprints from the Enforcers roaming the Ark and using these to make their own high quality versions. 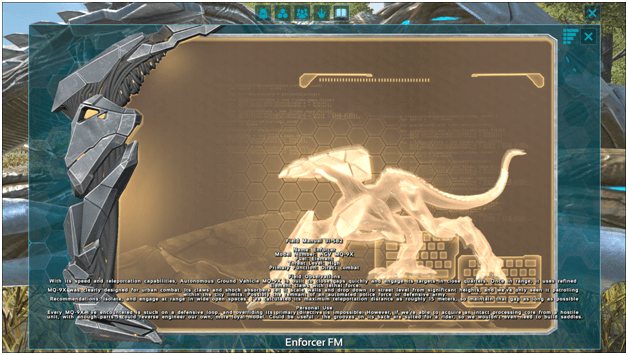 This mechanical creature was mainly created to be a autonomous ground vehicle but later on was considered by most as a creature due to its strange behavior.

Built from metal, elemental and other durable material, the Enforcer is a strong mechanical creature that can deal quite a lot of damage to those that it attempts to pacify.

The Ark has several of these mechanical creatures roaming around that have been set on a defensive loop, attempting to protect what they can.

While tribes are capable of creating their own Enforcers, it is known that stronger variants may be built once the means to build them have been collected from existing Enforcers that are already roaming around. 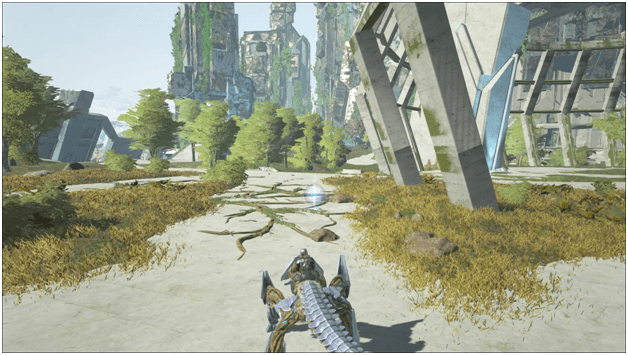 The Enforcer is capable of teleporting across a short distance and can do so instantly, consuming a charge which will regenerate after 7 seconds. Survivors may target where the blink destination is and can even blink to a surface such as a wall, resulting in the Enforcer being in its climbing state, latched on to the wall and ready to climb across it. 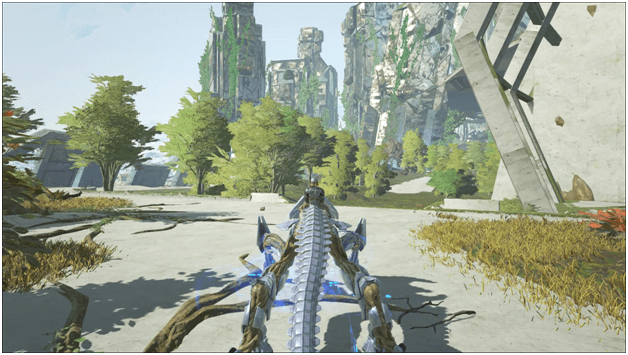 This ability will instantly transport the Enforcer once the survivor has released the ability but when they are not ridden, Enforcers will use this ability to catch up when following or to close in on targets.

While riding on the Enforcer, hold down the alternate fire button to target the blink destination then release to teleport to the spot. 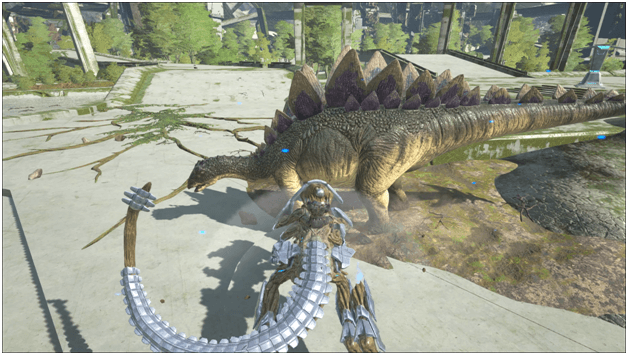 The Enforcer is capable of unleashing an AOE blast that knocks back and stuns creatures that has a cooldown of around 10 seconds or is usable once their charge meter (below the their stats in the HUD) is down by 75% as it gets filled once the ability is used. The Enforcer is capable of climbing on surfaces such as walls and ceiling, allowing it to reach other places most creatures can’t.

The Enforcer can move around quickly and with the addition of its blink ability, it can reach areas that other creatures cannot travel to, making it an excellent scouting tame.

With its normal structure meant for pacifying aggressive enemies, the Enforcer is capable of dealing a lot of damage, especially towards corrupted creatures.

An Enforcer can be used to get passed enemy defenses by climbing around or over obstacles and even using its blink ability to teleport to certain areas.

Getting around on an Enforcer is quite easy due to its ability to protect itself, climb over areas that are hard to reach and teleport which can keep it and its rider safe.

The Enforcer is built for protecting organic life and is created well to fight corrupted enemies, dealing additional damage against them.

Enforcers cannot be tamed but instead are crafted from the Tek Replicator which usually allows the survivors to build a low level Enforcer. 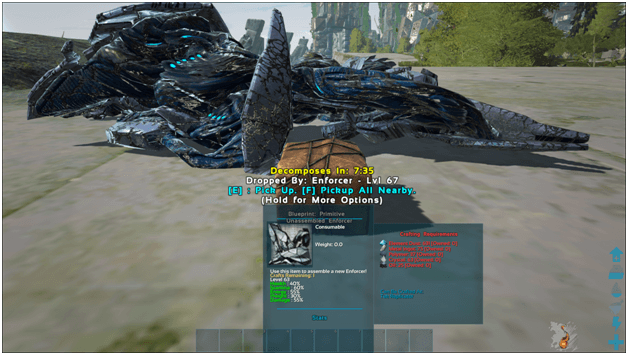 Wild Enforcers may be killed to obtain the same blueprint of an Enforcer of the same level which can later on be crafted in the Tek Replicator.

The Enforcer does not have a saddle and can be ridden once they have been deployed after being crafted.

Enforcers are incapable of being bread and must instead, tribes must construct multiple amounts of these mechanical creatures in order to have more.

Enforcers can usually be seen roaming at the center of city within the Extinction map.

Maps where the Enforcer spawns:

The following are spawn maps where the Enforcer can be found 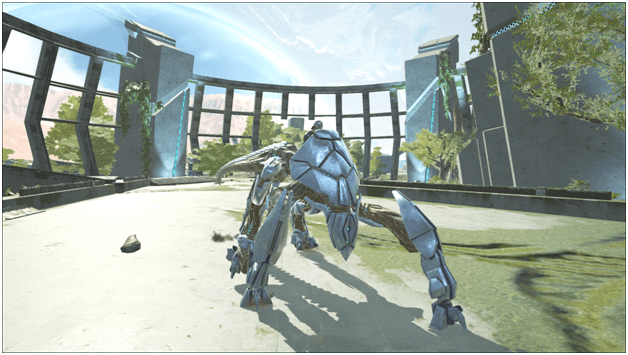 While the main purpose of Enforcers was to protect the inhabitants of the Ark, these creatures were found to be left mindlessly wandering with the only goal of being defensive and protective to innocent life in their area.

Most tribes have made use of the abilities of the Enforcer to either travel or to cause damage to their enemies, given that they are not only good for defending but also for offense.

Enforcers are excellent mechanical creatures to have but the only problem is getting multiple strong variants of them although should a tribe be capable of obtaining numbers of these, they will have the benefit of an unstoppable mechanical assault pack.