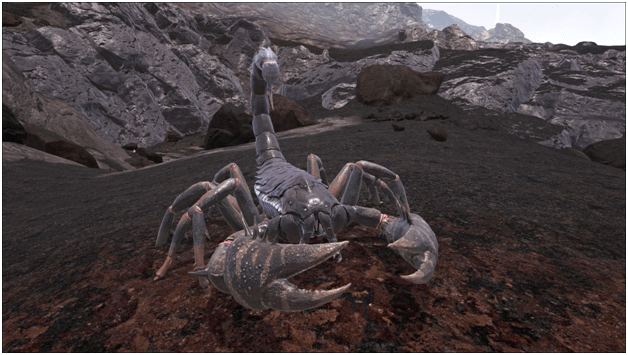 Pulmonoscorpius Gigantus are large insects from the Late Silurian period that are aggressive and have a diet similar to carnivores.

This creature appears to be an overgrown species of scorpion which has traits leaning towards a more paralyzing type of gene.

These large creatures can be seen roaming caves, jungles and molten areas in search of creatures that they may knock out and later on eat.

Once a survivor is seen by this, they will immediately begin pursuit and attempt to kill the survivor and if alone, death is sure to follow as the Pulmonoscorpius will continue to inject its victim with paralyzing toxins until not a pulse is left.

In the event that a survivor is clever enough to domesticate one of these dangerous creatures, they can use them to tame other creatures, knock out enemies and deploy these to take out other survivors. 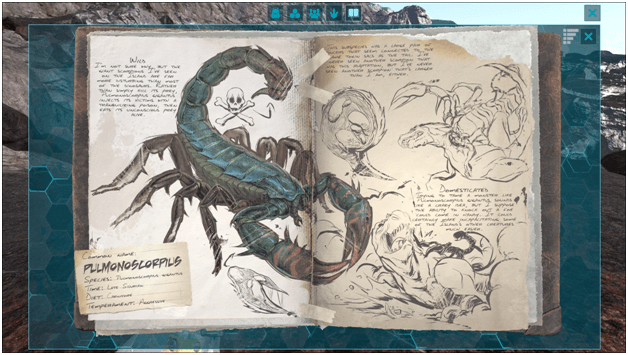 One of the most disturbing things about these large scorpions is that they would continuously inject their victims with tranquilizing poison and eat them while they are unconscious rather than just killing them.

Unlike most creatures of the same species, the Pulmonoscorpius has a strange anatomy where its pincers are also connected to the same toxin sacs that its tail is connected too, allowing multiple instances of its attacks to cause paralysis.

Although most would see that the Pulmonoscorpius would not be a good creature to have around due to the danger it poses, tribes have found it useful to utilize these when it comes to fighting as well as taming since the capability of paralyzing enemies or wild creatures is beneficial in most situations. 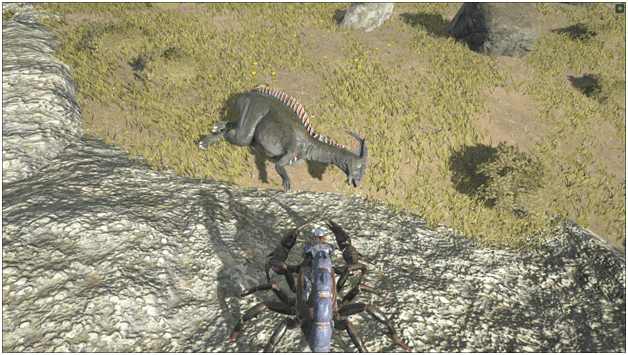 The Pulmonoscorpius delivers a paralyzing toxin from all of its attacks which is capable of taking out small to large creatures, proving especially dangerous to survivors as well. 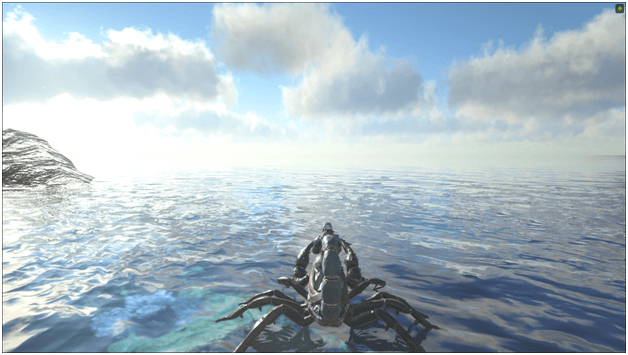 Due to its species and evolution, the Pulmonoscorpius is capable of striding on water, making it a good substitute should there be no water tames around.

Due to its ability to fight enemies and eventually take them down by either killing or paralyzing, these become very useful in battle.

A good way to save on resources needed to create tranquilizing weapons and their ammunition, a Pulmonoscorpius can be very efficient in knocking out other creatures to be tamed.

Due to the fact that it can put enemies to sleep, Pulmonoscorpius are capable of rendering several enemies helpless for a tribe to attack and take over.

Enemies that attempt to invade a settlement may surprisingly be met with a Pulmonoscorpius left to guard which could end up in their death or even capture when a tribe finds the unconscious body. 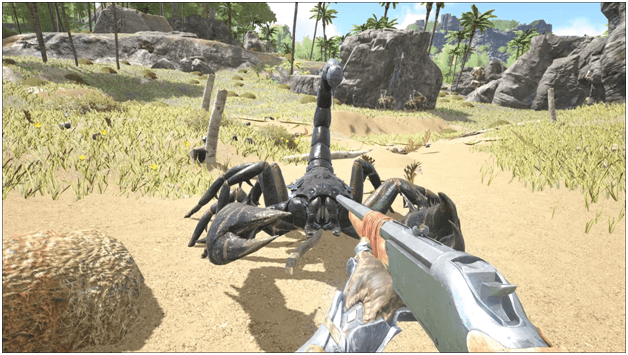 Pulmonoscorpius can be tamed easily if you are careful as they do not walk very fast when they are wild and can easily be knocked out with simple taming weapons.

If one has a hard time running away from a Pulmonoscorpius, a bola would be a good choice to disable it and allow free hits to be dealt to it.

Be careful during the process as the Pulmonoscorpius can paralyze you as well and may even turn the whole thing around, killing you in the end.

Even though they lay eggs, Pulmonoscorpius cannot be bred and instead the only option is to tame several of these creatures. 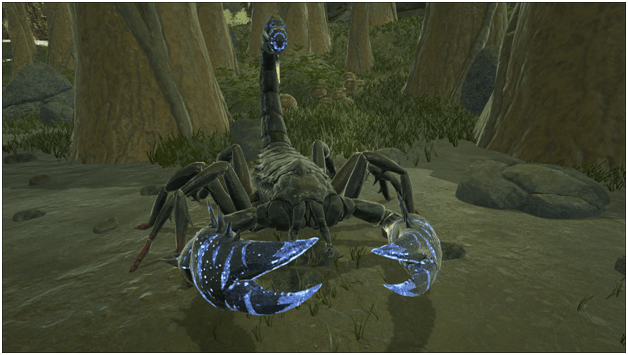 The Aberrant Pulmonoscorpius can be found in Aberration and Valguero.

Pulmonoscorpius are usually spotted where there are less tree and where they can get a better view such as plains and plateaus.

Maps where the Pulmonoscorpius spawns:

The following are spawn maps where the Pulmonoscorpius can be found 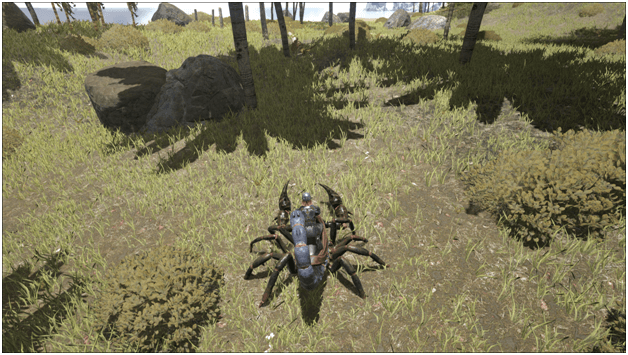 These creatures are indeed very deadly, especially to survivors that are without any tames or allies nearby and can quickly become a nuisance if several team up.

Although they appear to be fragile since they are insects, the Pulmonoscorpius has grown to be stronger than most creatures and can hold its own against even larger beasts in the Ark.

A tribe that makes use of a Pulmonoscorpius has the advantage of paralysis on their side and if it wasn’t enough, the amount of resources for taming is greatly lessened since it can paralyze the wild creatures on its own.