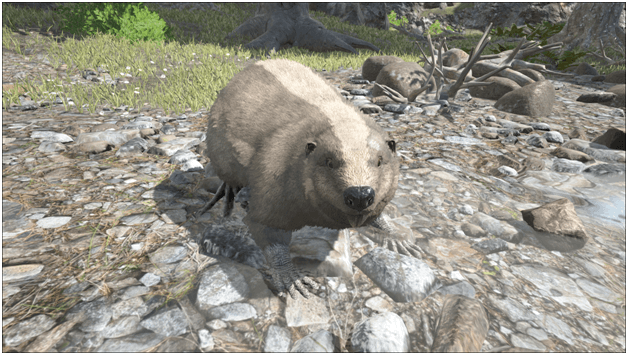 The Castoroides Feliconcisor is a large beaver from the late Pliocene to the late Pleistocene period which displays a friendly temperament along with its herbivorous diet.

These creatures use their powerful teeth to cut through wood and often build small beaver dams near the water which they aggressively defend if violated.

Castoroides can be found swimming around in the water or walking near it on land and will usually stay near their dams as they are always cautious if someone attempts to damage them or steal resources it has collected.

Tribes utilize the Castoroides for their ability to harvest a substantial amount of resources from trees and bushes as well as their capacity to carry it and even craft from their saddles. 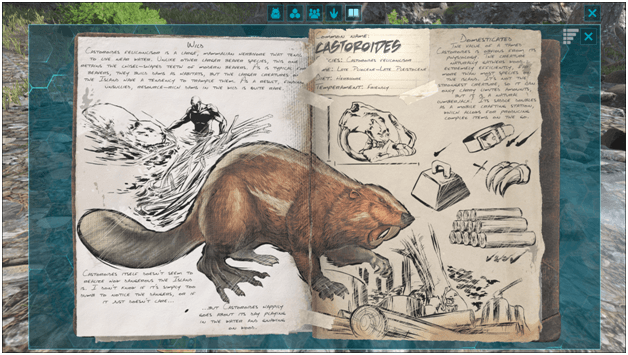 Castoroides love to collect wood and build dams where they usually stay but there are times when creatures may destroy these dams or survivors would steal from them.

These creatures pretty much are oblivious to the dangers around them until they feel threatened in which they do retaliate and during such events, a lot of them teaming up on a creature usually goes well for them.

Tribes value this creature due to its ability to harvest well from trees and bushes and being a species of beaver, these creatures can get one quickly to their destination by travelling in the water.

The Castoroides are adept at gathering from trees and bushes, granting it the ability to farm a large amount of resources for them as well as storing them for later.

A 50% weight reduction is given for the following items:

The Castoroides are capable of farming wood and thatch from trees as well as berries and seeds from bushes and plants.

With the use of its tail and adept swimming skills, Castoroides can get one across the water without breaking a sweat.

Due to its high health and thick hide, the Castoroides is capable of withstanding damage from several sources all at once. 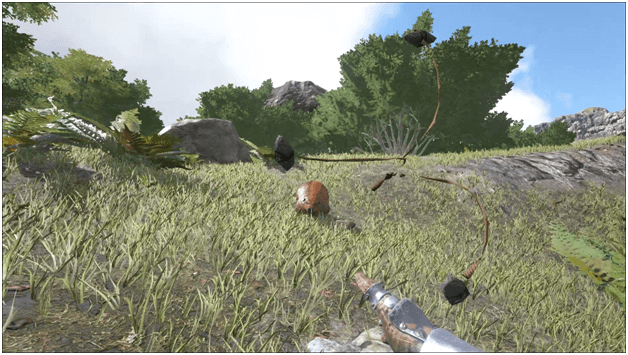 A Castoroides can easily be tamed using a bola or a bear trap but in cases where no weapons can take it out within the time that it is captured, resorting to a cage may be a better option.

Survivors can make a simple cage using gates or foundations with walls and either pick the Castoroides up with a flyer to drop in the cage or lead it over with a ramp. 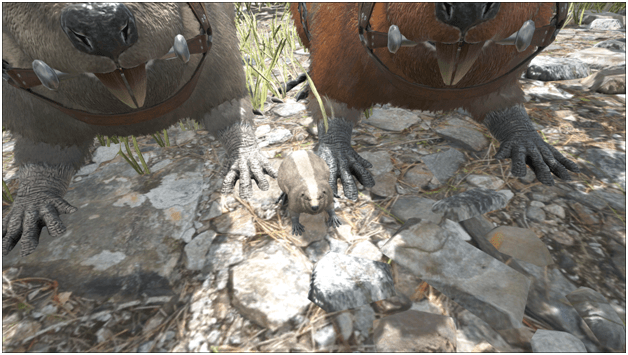 Being that Castoroides are mammals, the female will gestate before giving birth to a baby Castoroides which happens after mating.

Castoroides are usually found near the waters whether they are lakes or ponds and can be seen strolling around near their dams.

Maps where the Castoroides spawns:

The following are spawn maps where the Castoroides can be found 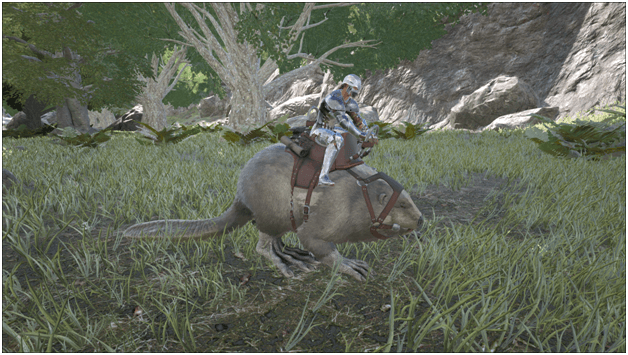 The Castoroides is not the strongest of creatures but at times it can definitely fight back because of its power teeth it uses to cut trees with.

When in dire need of wood, tribes can utilize this creature to easily replenish their stocks and even craft on the way back to base or even heading to seize an area or tame other creatures.

This modern creature surprisingly still exists regardless of the fact that it tends to play around and build but luckily for them, survivors have become fond of their abilities and take them in as long as they can be domesticated.