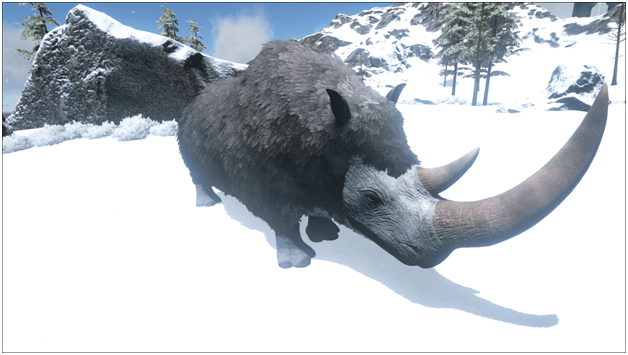 The Coelodonta Utiliserro is a herbivore that appeared in the late Pliocene to the late Pleistocene epoch.

It appears similarly to other members of its modern species aside from the fact that it differs by having a furry body, thus giving it its name..

In the wild, it is a friendly creature usually seen grazing around the tundra looking for green and frolicking in wide open grasslands to graze and run around.

Once tamed, the Woolly Rhino with its strong and bulky form often is used as a pack animal bringing heavy goods for long range travel. 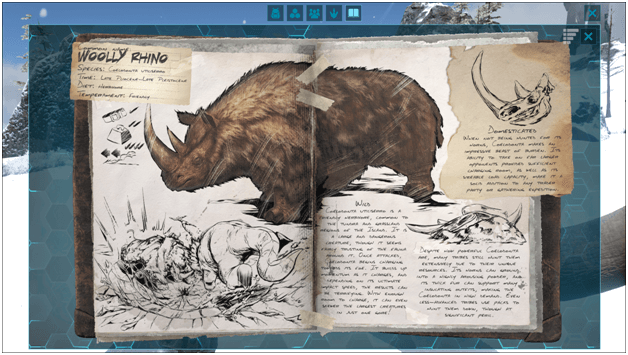 The Woolly Rhino is a friendly creature although challenging it’s good nature is a good way to get skewered by its spear like horn as it will respond aggressively when threatened.

Despite its Strength and Resilience, it is often hunted and killed only to retrieve its precious horn to be used as herbal medicine and tonics.

When domesticated, these creatures help their owners as a beast of burden and are also used to kill all that stand in their way  with mass and momentum as an advantage to slam and skewer. 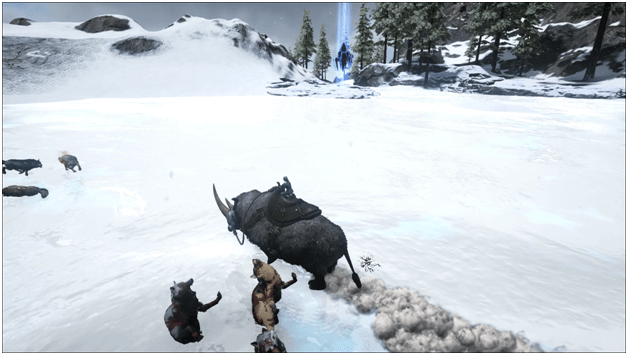 The Woolly Rhino starts building up momentum when it runs, allowing it to deal massive damage to an enemy when it attacks with its massive horn.

Damage from the charged attack depends on how fast the Woolly Rhino is running.

Hold the sprint key while moving forward to charge.

Press the primary attack key/button to do a charged attack.

Able to transport heavy items across distances, the Woolly Rhino is no stranger to caravan traders that haul items across great distances as well as being able to hold its own against even the largest of predators.

The Woolly Rhino is utilized as a front line charger, slamming their massive horns against their enemies in battle, dealing large amounts of damage.

Using its large size and sharp horn, the Woolly Rhino can farm a large amount of resources including berries and seeds from bushes or thatch and wood from trees.

Woolly Rhino can be used to defend caravans or bases by rushing into the fray and ramming enemies out of the way, even killing them in the process.

How to Tame Woolly Rhino? 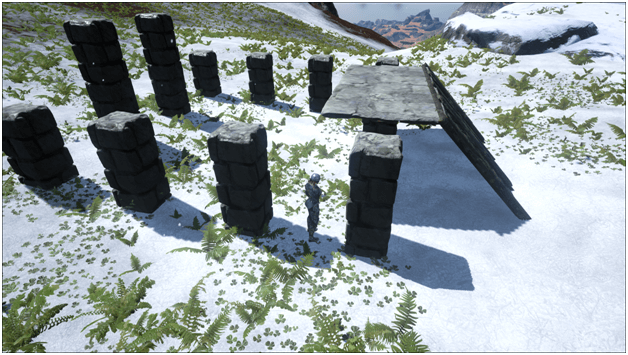 Using their strength against them, when taming the Woolly Rhino, they charge in a straight line making it easy to lure them in a pillar trap so they cannot attack you.

Making a trap with pillars forming a 4×4 square with two additional pillars at the end to block it from running over will force it to become trapped. 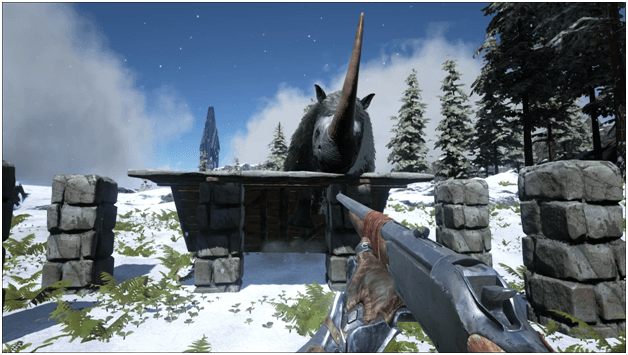 It would be best to have a ramp and just let the Rhino do the work for you but be careful not to get trapped inside because given the chance it will gore you to death. 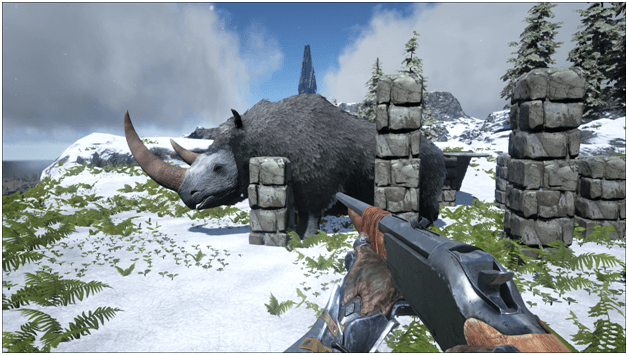 Once the Wooly Rhino is trapped, you and your tribe can freely attack it with torpor weapons or a mount with torpor attacks to knock it out. 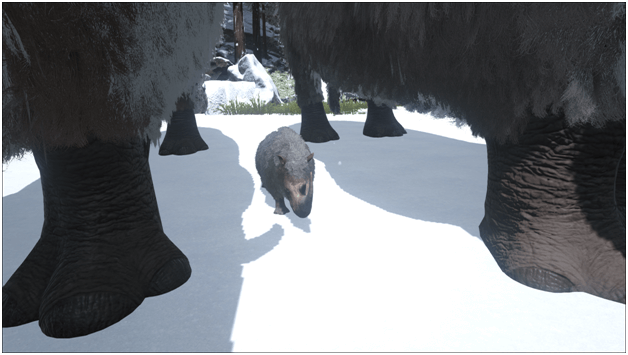 Upon breeding, the female Woolly Rhino will begin to gestate and afterwards give birth to a baby.

Woolly Rhino can usually be found in cold terrain or near mountains of snow.

Maps where there are Woolly Rhino: 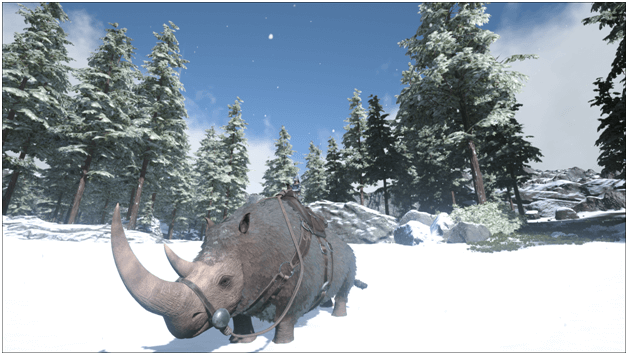 Never underestimate its soft nature because at trying times may it be defending a caravan or settlement, it will not hesitate to impale anything that tries to pose as a threat.

When raiding or in the battlefield, it can charge and run to attack enemies in its path.

The big and strong Woolly Rhino is also a cuddly creature with one of the cutest animations when leveling.