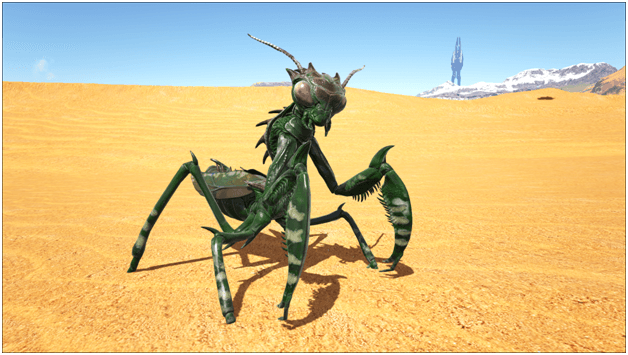 Empusa Discipulus, also known simply as a Mantis, is a carnivorous insect from the Holocene period that has an aggressive temperament.

These aggressive insects can cut through enemies with its razor sharp forelegs and to add an even larger threat, they can leap across distances to deal devastating blows.

Mantis can usually be seen roaming around deserts and volcanic areas but do make appearances in other areas as they are capable of preying on several creatures.

As strange as it may seem, Mantis have a strange aggression towards humans and will pursue them from a far distance just to kill them.

Those who have discovered ways to tame a Mantis are able to make use of it for both farming and fighting enemies due to the Mantis’ ability to wield melee weapons and tools. 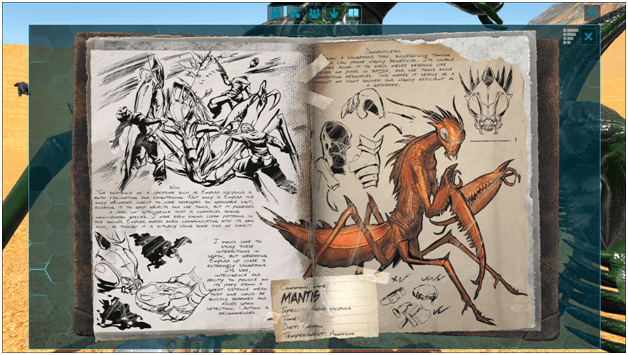 Survivors find that the Mantis as both a frightening and fascinating creature to not only its brute strength but also its intelligence, using tactics to hunt its prey and even being capable of using human tools or weapons.

The intelligence shown by these creatures is shown by their strange way of seemingly communicating and their responsiveness when one acquires a target or is attacked.

Taming a Mantis is considered to be one of the most dangerous tasks and only done by experienced survivors but in exchange for such efforts, the Mantis becomes a very loyal tame and later on benefits the tribe when it comes to battle or resource collection. 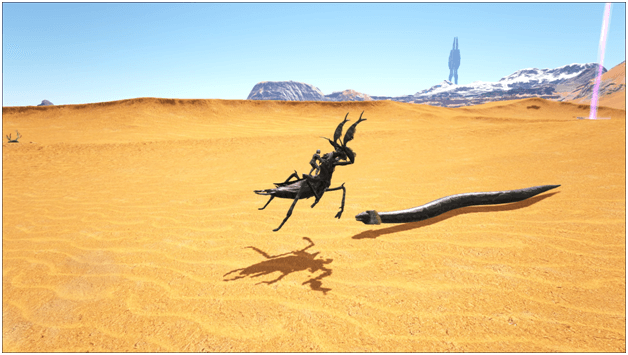 The Mantis can leap towards an enemy and land a powerful it, dealing increased damage and possibly killing its target. 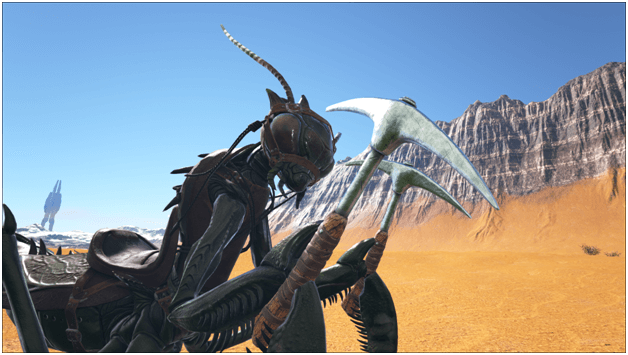 Survivors can equip a mantis with tools or melee weapons by equipping them in the designated slot in the creature’s inventory.

Due to the fact that a Mantis can wield tools, they are capable of farming based on which tool is equipped such as a metal pick for metal, stone and as well as a hatchet for wood and thatch.

Equipping a Mantis with clubs will ensure that it deals torpor damage which is amplified greatly by its attacks, especially its leap attack.

A Mantis can be equipped with weapons such as pikes and swords, making it capable of dealing large amounts of damage to other survivors and their tames.

How to Tame Mantis? 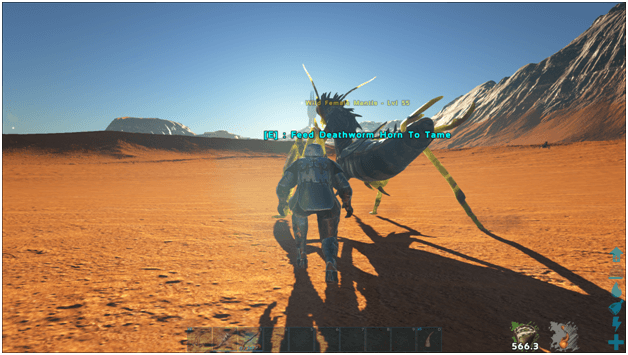 While Mantis are very aggressive, they will ignore your presence when you have used bug repellant but be sure to make your tames are far away or that you have used the bug repellent on them or they will catch the attention of the Mantis.

Once you have used bug repellant, slowly head up to the Mantis and feed it food (equipped in your last item slot) and move away.

Be sure not to bump into the Mantis or touch it in anyway (including it turning and moving towards your direction) as this will make it become aggressive.

Mantis cannot breed despite the fact that they lay eggs and if one seeks to have several of these creatures, they must resort to taming each one.

Mantis are found most of the time in deserts or in volcanic places.

Maps where the Mantis spawns:

The following are spawn maps where the Mantis can be found 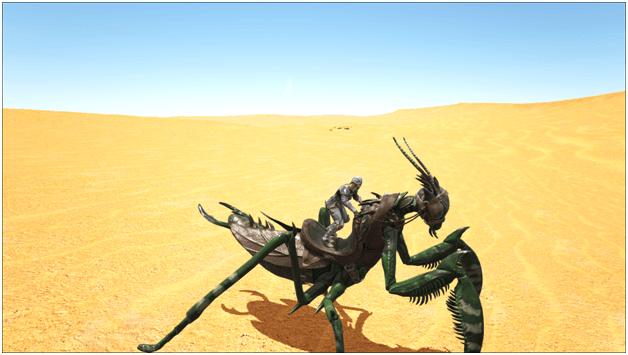 A Mantis can really show its worth after being tamed as tribes have many uses for it, especially when it comes to collecting amounts of certain resources.

While this creature is a good resource harvester, it also does a good amount of damage and can even defend itself while farming with tools.

Tribes that utilize the creature’s ability to wield weapons and tools gain an advantage due to the speed at which actions can be accomplished.

During a fight with a tribe, it’s best to avoid getting in the way of a Mantis unless you are on  a stronger mount or else the last thing you will see is a large leaping insect going straight for your face.