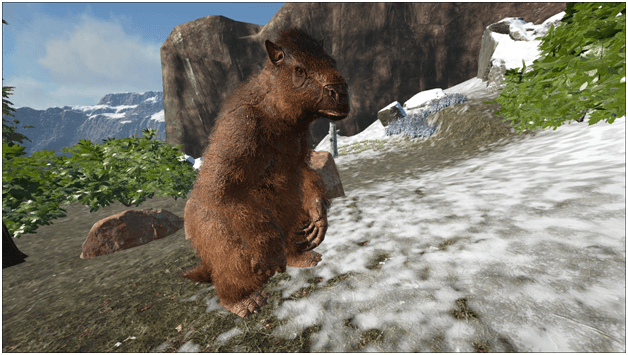 The Megatherium Formipavor is an omnivorous species that appeared in the late Pliocene to early Holocene epoch that is usually passive but is aggressive when insects are around.

It is a tall and muscular beast that is covered by thick fur that walks on all fours but stands upright when resting.

In the wild it usually eats berries off of plants and bushes peacefully but it gets very aggressive towards insects when they are nearby.

It does not mind human presence or any other creature but it will retaliate when threatened in any manner.

When tamed, these beasts are capable of helping its owners farm an abundant supply of chitin from insects due to their craving for them and leaving mounds of insect carapaces once finished snacking. 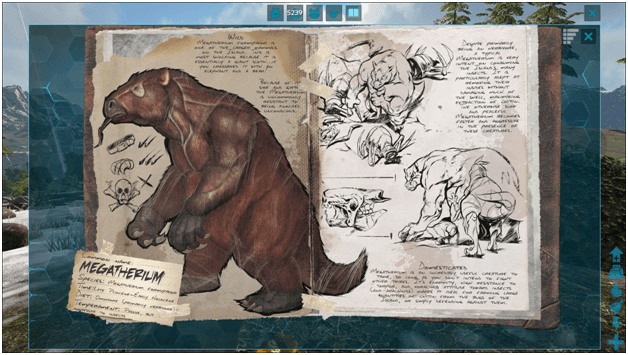 Larger than most creatures, the Megatherium is an ancestor to modern sloths but it is very active contrary to its modern relatives.

With its muscular body and impressive strength, it has been observed that it has resistance to being taken down easily and can even shrug off attacks when it is in a state of rage.

Mainly focusing on a herbivorous diet, the rather peaceful Megatherium gets into a frenzy when it gets a taste of insect blood and when it has its fill of insects the Megatherium provides a lot of chitin. 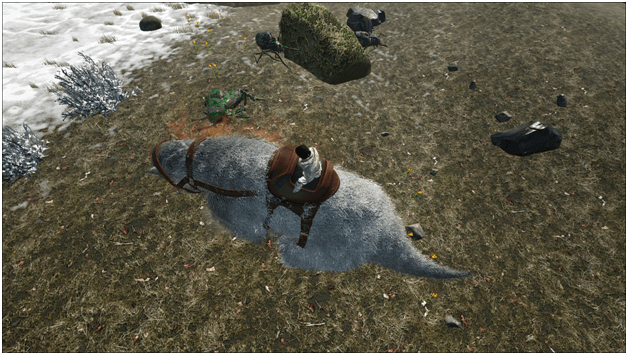 The Megatherium is a natural when it comes to fighting insects, causing  its attacks against them to bring it into a state of rage and bloodlust.

When the Buff is active it looks like a red mist on the head of the Megatherium.

The Megatherium has a high torpor threshold, especially in its enraged state since it will take less torpor damage which makes it quite useful when dealing with creatures that have torpor attacks.

The Megatherium is known for killing insects effectively due to  its buff, fighting against insects from the smallest Titanomyrma to the Deathworm and even the Brood Mother, proving to be effective in its expertise.

This creature can also harvest plants for berries and fiber, thatch and wood from trees as well as meat and hide from animals.

Chitin Farmer
Exceptional when it comes to chitin farming, it can kill insects quickly and harvests more chitin from their bodies, providing tribes with an abundant supply of chitin to use.

How to Tame Megatherium? 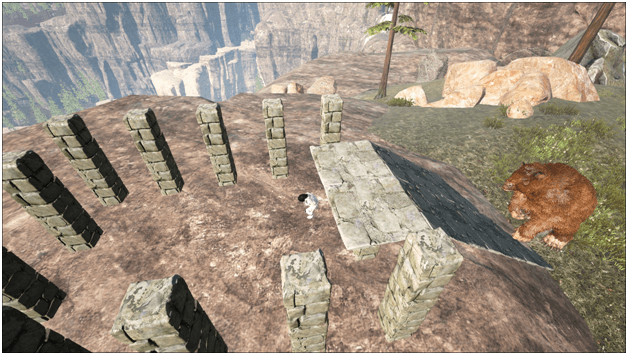 When Taming the Megatherium, it’s best to have a fast and tough mount since the creature will attack its aggressor and possibly knock them away, then it will run in the opposite direction.

Another method for taming would be to make a pillar trap with pillars and a ramp so it cannot run away when you are taming it. 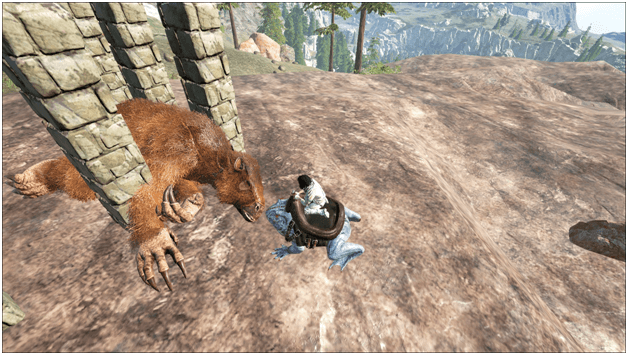 It Is recommended to use a mount with a torpor attack like the beelzebufo since they can give higher torpor damage and can be more efficient compared to torpor weapons.

When doing this method do not use any insects like the Pulmonoscorpius or the Araneo since it will enrage the Megatherum and will attack until it kills it. 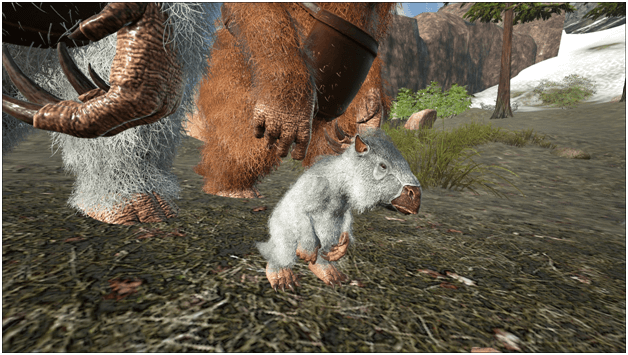 After the Megatherium mates, the mother will gestate and birth a baby Megatherium.

The Megatherium is usually found in the Redwood forests or In Tundras to eat berries or hunt insects.

Maps where there are Megatherium:

The following are spawn maps where the Megatherium can be found 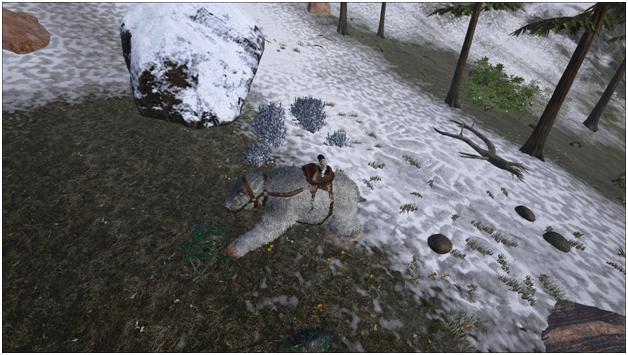 The Megatherium is currently the best bug killer due to its buff, being tough and also its ability to withstand multiple torpor attacks of Pulmonoscorpius and Araneo.

It is an ideal mount when fighting the Broodmother due to its increased damage against all insects and the buff it easily received from the many Araneo that spawn.

Being a specialist mount, it does prove its worth by being extremely effective with its uniqueness in killing insects.