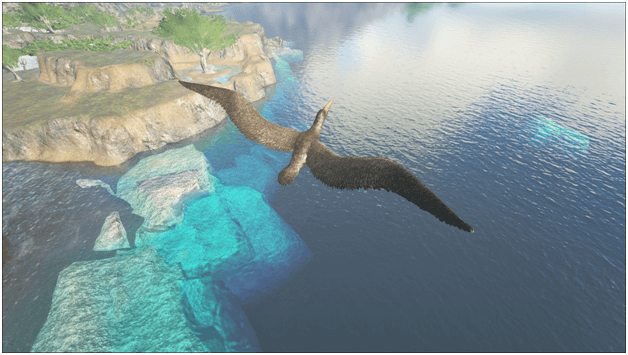 A large water bird that resembles a giant seagull that is typically seen floating in the water bobbing for fish may be in either shallow or deep waters.

It is typically found near coast lines or beaches paddling, to rest its wings or searching for its next meal.

By far the Pelagornis is relatively calm, but easily spooked by any aggression towards it, making it flee from the area.

The ability to traverse air, sea and land makes it a versatile mount andonce tamed it gains a 36.5% speed increase which makes it one of the fastest flyers around. 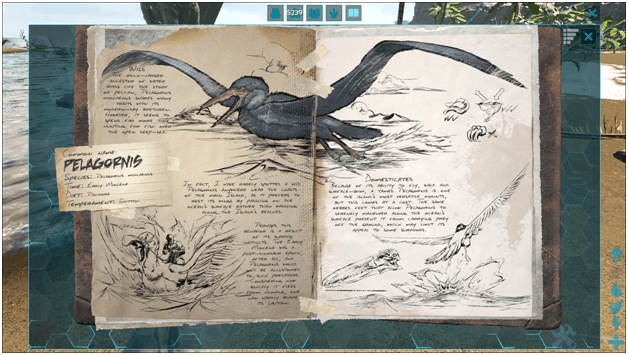 The much larger ancestor of coastal waterbirds, the Pelagornis shares many traits with its modern brethren often spends most of its time in the water catching its fill of fish.

Rarely seen in the mainland, this creature is usually found along the coastlines and beaches.

Perhaps due to its young existence it is comfortable being out in  the open areas of beaches weary but not bothered by the predators since it can easily get away.

When the pelagornis is domesticated it provides the tribe a versatile means to explore what the terrain has to offer. 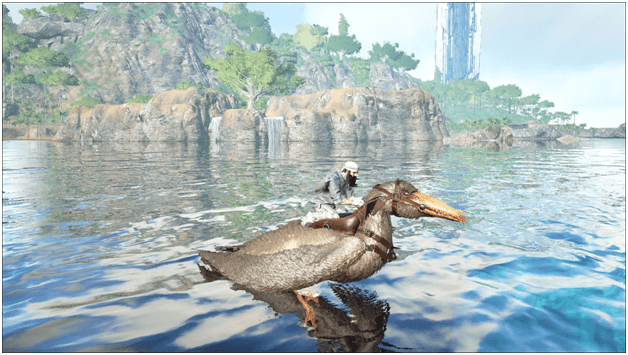 Usually flying creatures stay away from the water but the Pelagornis has the unique ability to land in the water to save energy and act as a speedy watercraft.

The Pelagornis is not a mount for fighting any battle, but for tribe scouts it can utilize its ability to quickly skim the water and fly at quick speeds if needed for scouting runs.

When it kills a creature it can collect instantly unlike other creatures that need to attack a corpse to harvest it. (it cannot gather prime meat)

The Pelagornis has attack bonuses against small fish, making it an efficient fish gatherer for other piscivore creatures in the tribe.

How to Tame Pelagornis? 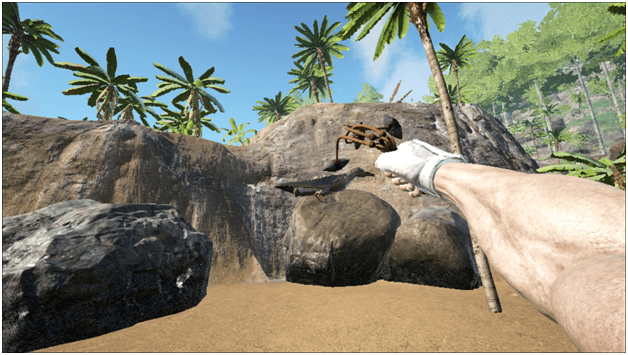 Bolas can prevent the Pelagornis from fleeing which makes capturing it easier as being a non combative creature, it will flee instead of fighting off its attackers.

The difficult part of taming the pelagornis is that, it usually stays on the water or flies over the water and knocking it out in those areas may result in it drowning and eventually lead to its death. 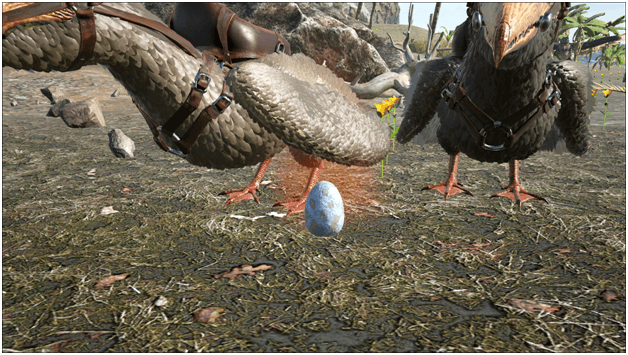 Being a sort of  waterfowl, the Pelagornis will lay an egg to be cared for after breeding and its coloration appears as light blue with light brown spots.

Pelagornis can be found around coastal zones and either swimming in or flying above the water.

Maps where there are Pelagornis:

The following are spawn maps where the Pelagornis can be found 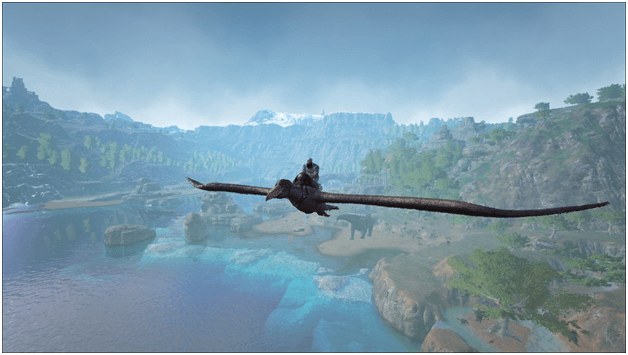 Although the Pelagornis may not be the strongest or fastest flyer but it’s pretty much useful and capable of being used in several situations with the added bonus of not dismounting its rider when coming in contact with the water.

For those who like to fish but don’t want the hassle of setting up a fishing area the Pelagornis is the mount for you as you can fish wherever you want, whenever you want.

Being a great fish hunter, the Pelagornis can make sure that both the carnivores and piscivores are well fed as it can collect large amounts of fish meat.

When it comes to maneuverability, the Pelagornis has a few tricks up its sleeve as it can easily shift from land, air and water giving it ways to lose enemies such as leading enemy flyers near the surface of the water, making the chances of them getting dismounted high while it can fly away safely.