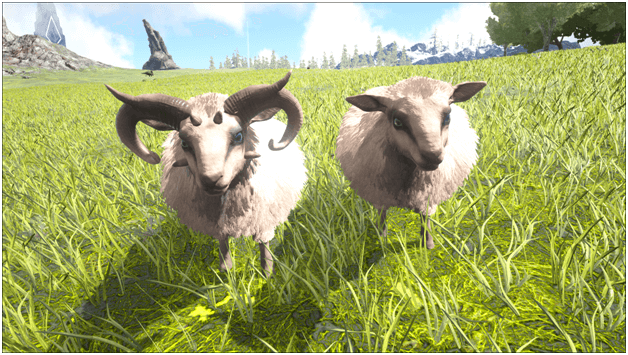 Ovis Arcam are strange and very unintelligent creatures from the Holocene epoch which are considered to be very stupid herbivores.

The Ovis is one of the most harmless creatures that you can find but they are sometimes rare due to usually being hunted by other survivors and creatures.

Ovis are pretty much the variant of sheep that can be wandering around in plain sight, roaming around until something decides to turn them into a snack.

Ovis will basically do nothing when approached by survivors and when attacked they will simply run away and later on forget they were even attacked.

Players usually keep Ovis around for a meat source as their mutton is not only delicious but it is also great for taming carnivores and to add to this, survivors collect their wool for crafting. 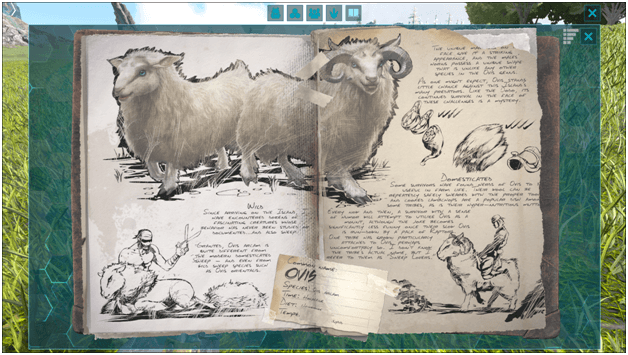 Ovis are probably one of the closest creatures that have a resemblance to their species, being sheep and pretty much the same traits.

Unlike other family members of its species, the Ovis have a strange set of horns signifying if they are male or female which make it easier to pick out one that you will tame.

Survivors have domesticated these creatures to shear their wool and later use them as a source of meat for food or for taming other creatures, specifically carnivores. 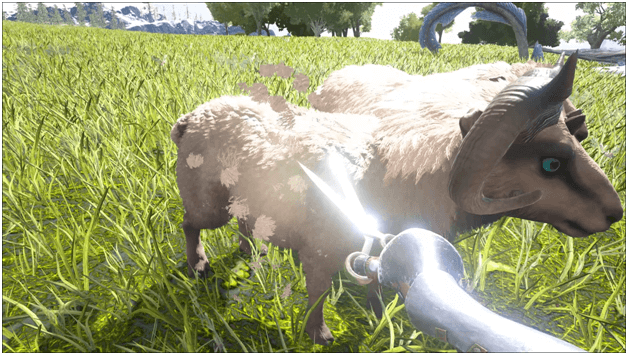 The wool on the Ovis may be sheared and will grow overtime, providing survivors with an unlimited supply of a resource that can replace fur.

Ovis primarily serve to be livestock for tribes that need to use their meat for later on, resulting in the need to breed them to have a sufficient and unlimited supply of their meat and hide.

Since these creatures may be sheared for their wool, they provide to be a good provider when one has no access to lands where creatures have fur that they can collect.

How to Tame Ovis? 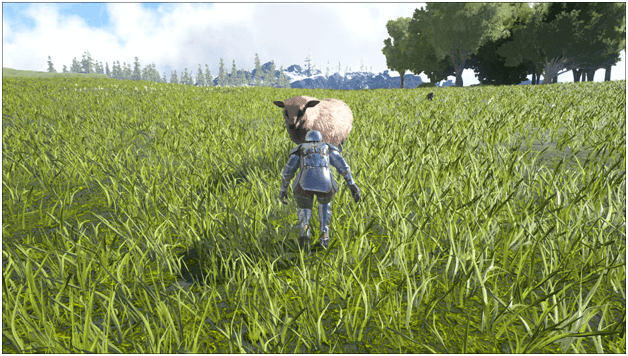 In order to tame an Ovis, one simply needs to walk up to it and feed it Sweet Vegetable Cake (Ovis can only be tamed with this but can later on eat other herbivore food) until it’s taming bar is full.

The Ovis can be ridden once they are tamed without a saddle and have no need for it. 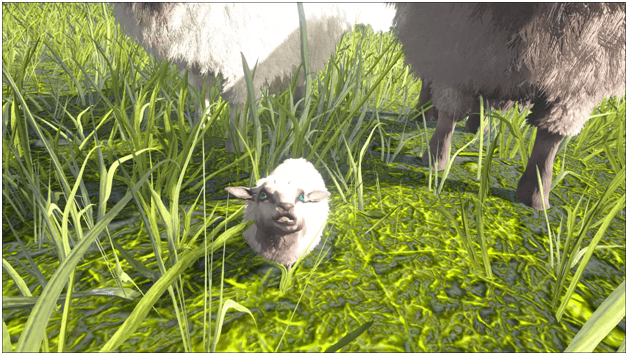 Two Ovis may mate which will result in the female gestating and later on giving birth to a baby Ovis. 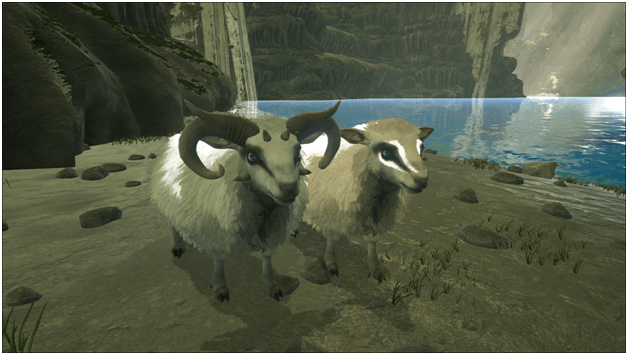 Aberrant Ovis may be found in the Aberration and Valguero maps.

Ovis are usually spotted where there are less trees and where they can get a better view such as plains and plateaus.

Maps where the Ovis spawns:

The following are spawn maps where the Ovis can be found 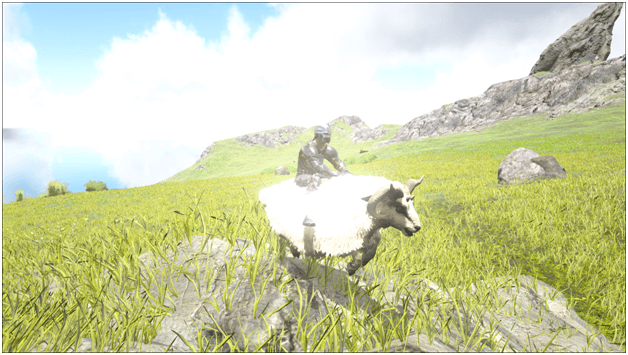 These may not be fighters or farming creatures but they do possess some benefit to the tribes that domesticate them since they provide resources that come in handy.

An Ovis has pretty much no chance of killing other creatures and would be a choice for a tame to bring in battle but instead they are better to be kept in a base for later on.

It may be strange that these creatures still exist in the Ark but they do come with their benefits and besides, a nice tasty slice of mutton can go a long way.