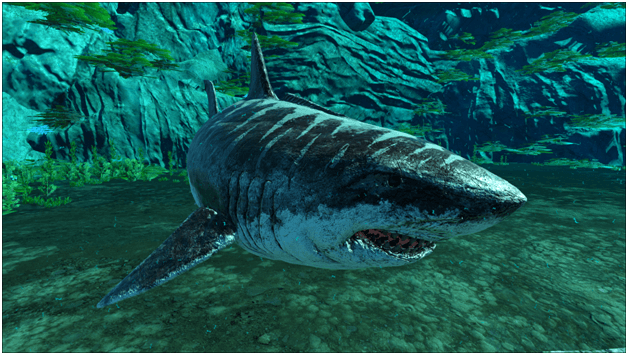 Carcharodon Ultramegalodon is a large water creature with a carnivorous diet and an aggressive temperament.

These creatures resemble the modern great white sharks and are known to be very large and very deadly with a large mouth full of countless sharp teeth.

Megalodon are common in the ocean and in rare occasions can be seen in different inland water, roaming around searching for meals to devour.

Even at a far distance, the Megalodon is capable of sensing survivors and their tames in the water and will rush over to take a large bite out of its prey. 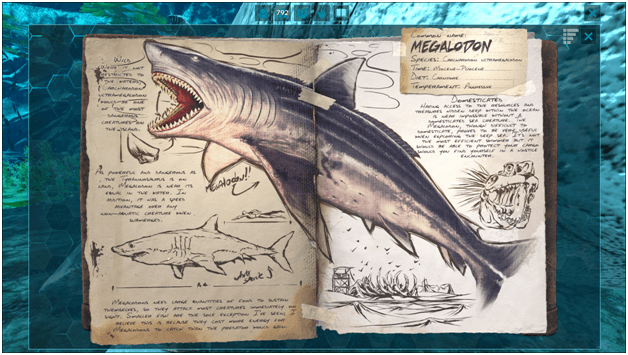 Known to be equal to the Tyrannosaurus Rex but only in the water, the Megalodon is feared by many tribes and is avoided as much as possible.

To sustain its large body, the Megalodon needs to keep eating which explains its behavior where it attacks almost anything that enters the water.

The Megalodon is used by many tribes to explore the depths of the ocean in search of resources and even treasures.

Although the Megalodon isn’t the fastest swimmer, it is definitely able to hold its own when facing other creatures and is more than capable of protecting the tribe that owns it.

The Megalodon has a high base amount of health and is capable of withstanding a good amount of damage.

Aside from being able to withstand attacks, the Megalodon is capable of dishing out a fair amount of damage to enemies, especially with more alongside it.

These creatures have a good amount of weight on them and can carry other items for you when you are venturing around in the water.

How to Tame Megalodon? 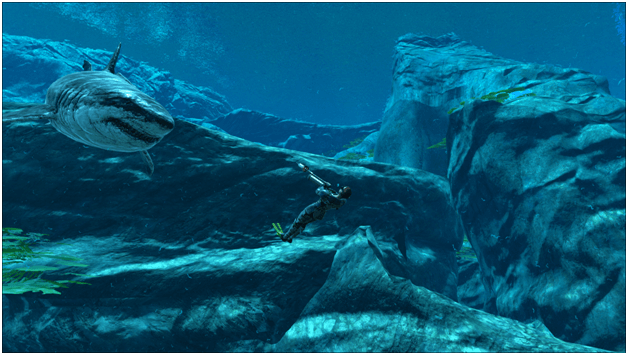 A Megalodon can easily be tamed by shooting at it and running away or more preferably side stepping which allows you to move at a moderate speed while it chases you.

You can continue firing at a Megalodon without the worry of getting attacked as wild Megalodon move relatively slow, allow you to safely tame it without the need of a trap. 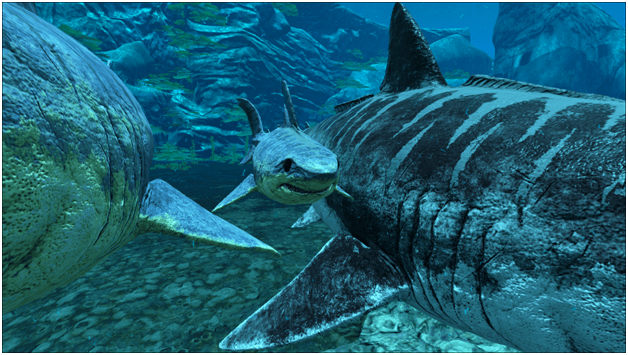 Once two Megalodon have mated, the female will gestate and later on give birth to a Baby Megalodon.

Megalodon can be seen in the all depths of the oceans around the Ark and even in some inland water areas.

Maps where the Megalodon spawns:

The following are spawn maps where the Megalodon can be found 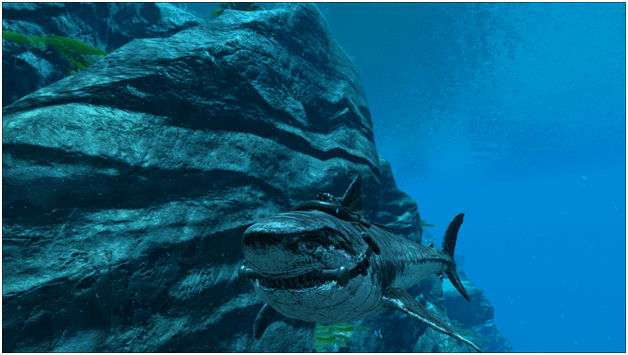 Sharks have always been creatures feared in the ocean and the Megalodon really can make your skin crawl as a beast of this size is large enough to eat you with a single bite.

Tribes best avoid such creatures when travelling in the water and many survivors tend to keep their distance even when near the shore as these creatures are always ready to attack.

Those who have one or more Megalodons are much safer in the water and can make much use of them for attacking, taming and farming underwater without worrying about getting killed.