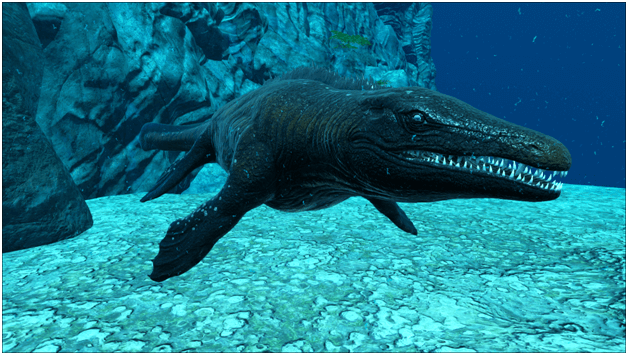 The Mosasaurus Suspirita is a massive aggressive underwater creature with a carnivorous diet which was first seen around the late Cretaceous period.

This creature is very large in size and comparable to the Giganotosaurus but in the ocean and is feared by many survivors due to its deadly nature.

Mosasaurus are usually seen roaming the open areas underwater near the bottom of the ocean, swimming around and eating anything that it can snag with its large jaws.

Survivors and their tames will be targeted instantly by this creature once they are deep underwater and within its sight.

Tribes that are able to tame the Mosasaurus gain the benefit of having one of the strongest creatures in the ocean and use these to kill other creatures and survivors easily while also resorting to them as a mobile underwater base. 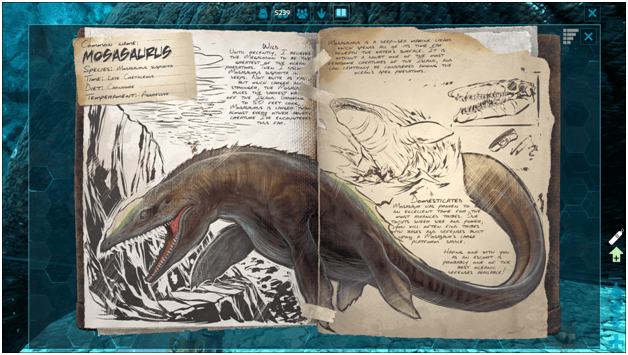 Mosasaurus are one of the largest creatures that can be found underwater and remain as one of the most feared due to their ability to deal a lot of damage as well as their fast speed.

Carnivores that are reckless usually end up getting hurt when attacking the Mosasaurus as they are unable to easily kill it and end up getting a heavy hit from its tail.

The tail of a Mosasaurus is so powerful that it can shatter rocks regardless of what resources are inside them.

Since the Mosasaurus has an affinity with metal, carrying metal ores causes the resource to have a reduction of weight on it.

The Mosasaurus is very large and has a powerful jaw that can deal devastating bites to enemies, making it a very powerful underwater damage dealer.

As a massive creature, the Mosasaur has a large health pool and can withstand a lot of damage, making it one of the most tenacious creatures underwater.

Due to its large amount of health, the Mosasaurus along with a good saddle can be used to drain the turrets of bullets.

Mosasaurus can be equipped with a platform saddle that allows its owners to build structures on its back.

With its large weight capacity and the ability to build structures on its back, the Mosasaurus is great for transporting items, resources and other survivors.

How to Tame Mosasaurus? 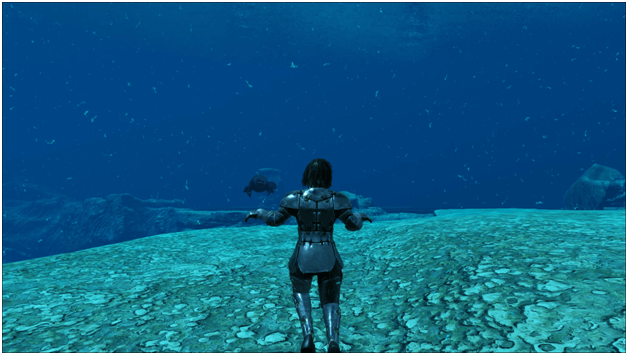 Mosasaurus need to be knocked out to be tamed and are very dangerous to tame as they can easily kill you and your creatures in mere seconds so it’s best to create a trap unless your tames are not capable of tanking it. 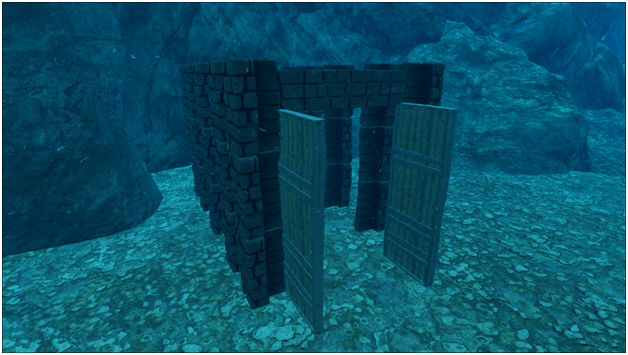 Having a trap set up will also make sure it won’t swim away when its torpor rises before it is knocked out.

A good choice for a trap is one set up with multiple Behemoth Gateways and Gates on each end to trap the Mosasaur in once it enters. 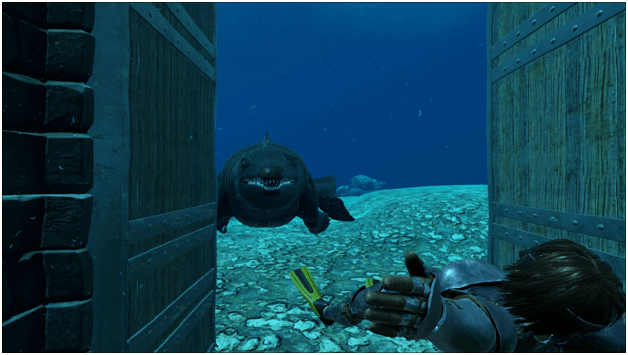 Once you have set up a trap, swim over near a Mosasaurus so you get its attention and swim towards the trap, having it follow the same trajectory you have to enter the trap.

It is wiser to have a water mount to avoid getting killed by the creature as it can swim fast and may end up killing you before you reach the trap. 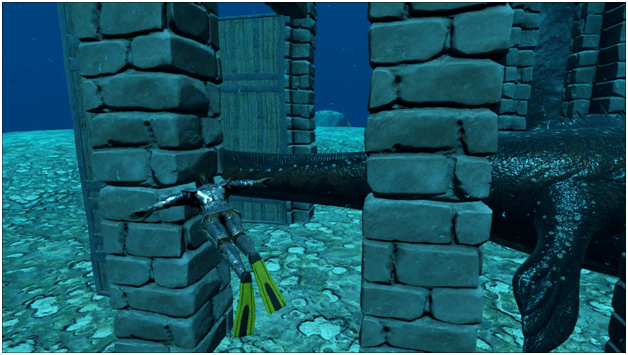 Once you lead the Mosasaurus into the trap you have made, either leave whatever mount you have inside to whistle it out later and or simply swim out and head towards the gate to close it. 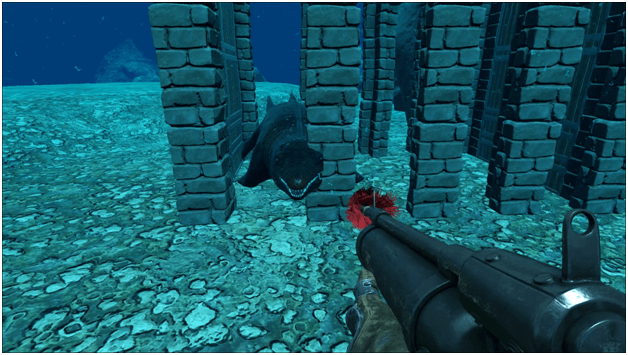 Once the Mosasaurus is trapped inside the cage, begin shooting at it with your usable underwater torpor inflicting weapons. 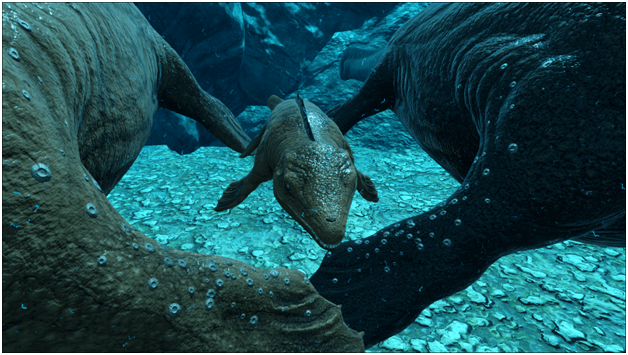 Mosasaurus can breed which result in the female gestating and later on giving birth to a Baby Mosasaurus.

Mosasaurus are usually found in the deeper parts of the ocean surrounding the Ark but can sometimes be found in larger underwater caves.

Maps where the Mosasaurus spawns:

The following are spawn maps where the Mosasaurus can be found 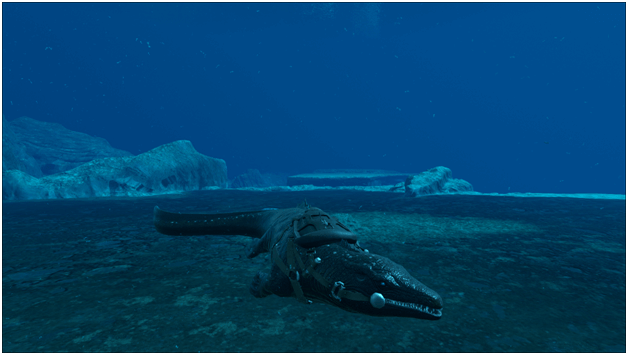 The Mosasaurus is one of the largest creatures in the deep and is capable of destroying a whole underwater convoy in a short amount of time.

Taming such a beast is one of the hardest things to do due to its sheer power and speed but in the end, it is all worth it as the benefits are numerous.

Tribes that have tamed a Mosasaurus can use it for several purposes such as having it become a mobile base, a underwater siege creature and a creature killer.

ARK: How To Get Sulfur

ARK: What Does Crafting Skill Do