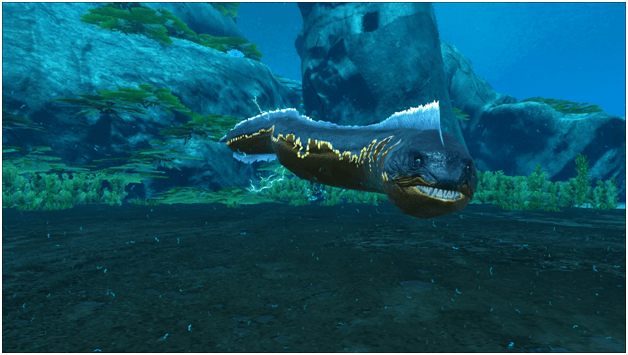 The Electrophorus Beluadomitois an underwater carnivore with a reactive temperament from the Holocene period.

Electrophorus are a large species of an eel that is capable of generating electricity which it uses to shock its prey.

These creatures survive most of the time since they do not provide that much meat for predators and because its ability to shock can be quite painful.

Electrophorus do not initially chase after survivors or tames unless they get too close but once within range, these creatures will turn aggressive and attempt to shock and kill their prey.

Tribes that have tamed Electrophorus have used these creatures to guard their underwater creatures and convoys while also breeding them later on for assaulting other underwater tribes and their tames. 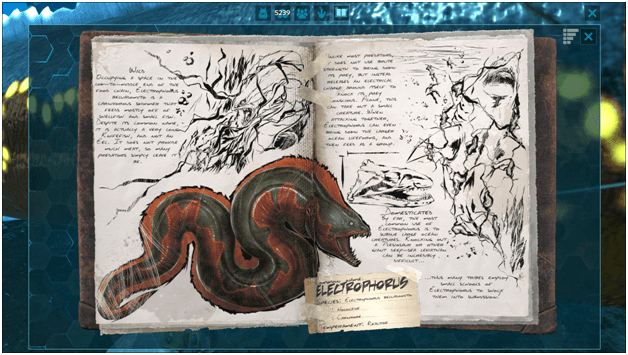 The Electrophorus is actually considered to be a knifefish rather than an eel and has the ability to create an electrical current that it can use for both defending itself and attacking other creatures or survivors.

These creatures tend to use their electrical shock to paralyze enemies, making it capable of killing smaller creatures alone but when in groups, Electrophorus are capable of taking out larger creatures with ease.

Tribes employ Electrophorus to disable wild creatures or tames of other tribes to make use of the advantage gained which explains why other tribes tend to tame and breed schools of these creatures. 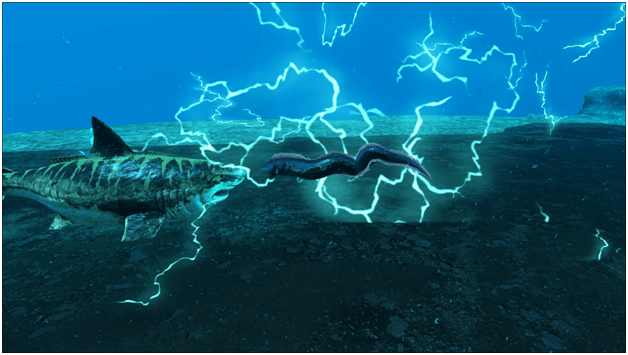 The Electrophorus uses up its electrical charge to shock an enemy, disabling them momentarily for a short period of time.

Multiple Electrophorus can chain the electrical shock when they are fighting together which can prove quite deadly to their prey.

Using the charge will require the Electrophorus to wait some time before another charge is regained.

Electrophorus that fight together are capable of surviving longer ang taking enemies out faster than they normally would.

Being with more of the same species will increase their pack bonus which reaches up to a maximum of 6 stacks.

The Electrophorus’ shock ability makes it very deadly underwater and can disable both enemies and wild creatures.

Having a good affinity when fighting alongside each other, these creatures can easily combine electrical shocks and attack tactics to take down targets.

Underwater tribes may use these creatures to defend their bases which make raiding hard due to the disabling done by the electrical shocks.

Due to the fact that they Electrophorus can stun enemies and deals quite a good amount of damage. 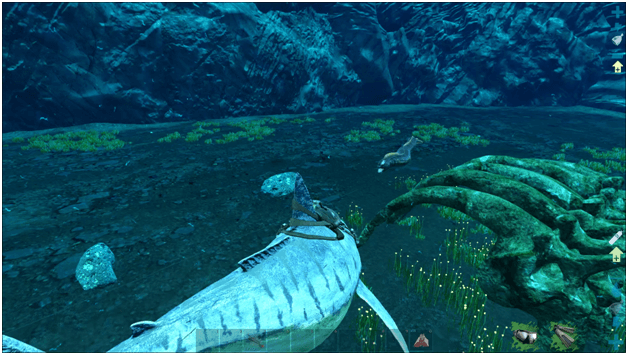 Electrophorus are passive tames and require a certain approach when they are to be tamed which involves removing their charge before you can feed them. 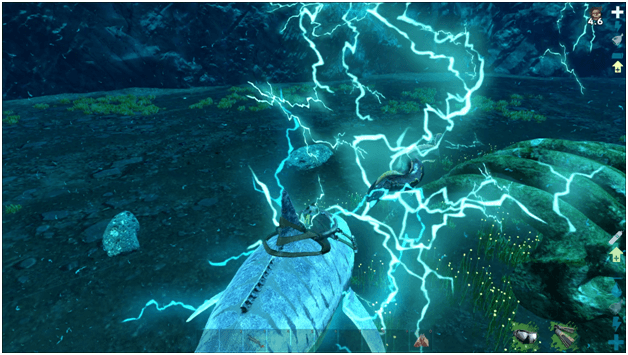 Approach the Electrophorus on a tame and allow it to shock your tame which will consume its current charge. 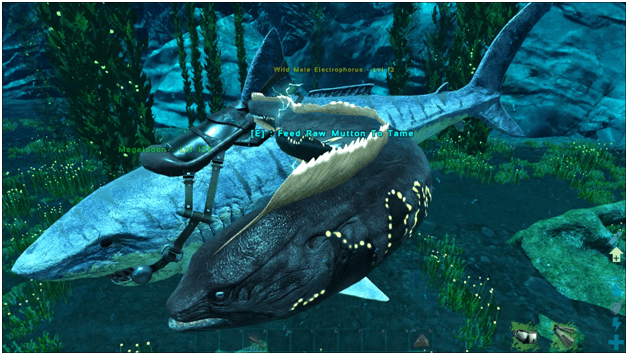 Once the charge has been consumed it will visually appear to have no electricity flowing around it the option to feed it will appear.

You may attempt to tame multiple Electrophorus at the same time but be sure to take care as this can be quite deadly and the wild ones will start targeting any others that you have tamed.

Feed the creature its preferred food until the taming bar is full.

Electrophorus cannot be ridden and have no saddle but can accompany you underwater instead. 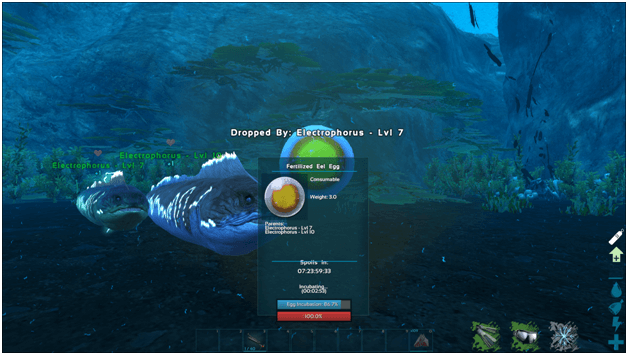 When two Electrophorus of the opposite gender mate, the female will lay a Fertilized Eel Egg which will later hatch a Baby Electrophorus. 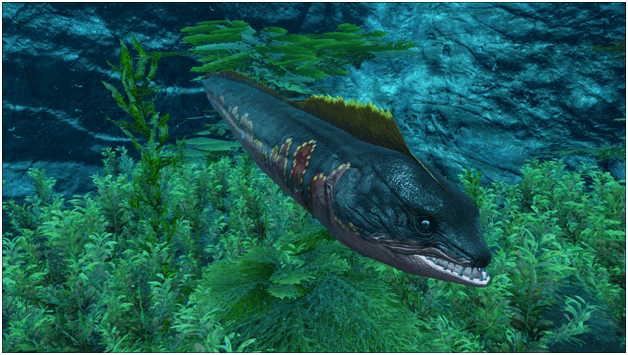 The Aberrant Ankylosaurs can be found in the Aberration and Valguero maps.

Electrophorus can usually be seen in the deeper parts of the ocean and in underwater caves.

Maps where the Electrophorus spawns:

The following are spawn maps where the Electrophorus can be found 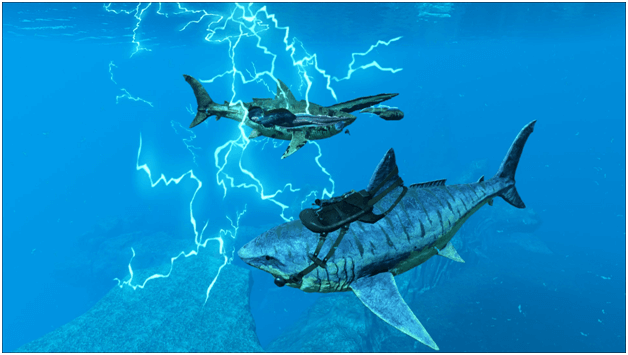 Electrophorus are known to swarm creatures and survivors underwater which can be both terrifying and fatal to those who are unprepared.

Its best to avoid these creatures at all costs unless you are prepared to take a lot of them on all at once since being disabled can leave you vulnerable to being targeted by other predators.

Tribes can make use of these creatures in several ways such as guarding bases or locations and assaulting their enemies underwater.