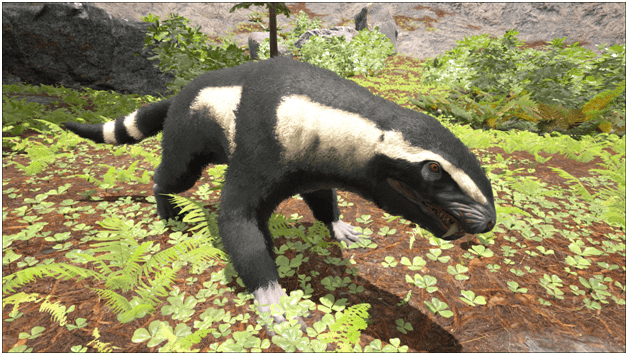 Purlovia Maxima are a patient but vicious carnivores that were first seen in the Late Permian Epoch.

About the size of a human with fur patterns that resemble a badger or skunk, these creatures have very sharp teeth for rending flesh and claws that it can use to burrow underground.

In the wild they  are often burrowed underground hibernating and once they sense prey, they will pounce and relentlessly attack.

If the Purlovia senses a human or a tamed creature in range, it will pounce at them which can also knock them off their mount.

Tamed Purlovia are used as organic land mines, taking riders off their mounts and violently slashing or biting them which can be a harrowing experience for their victims. 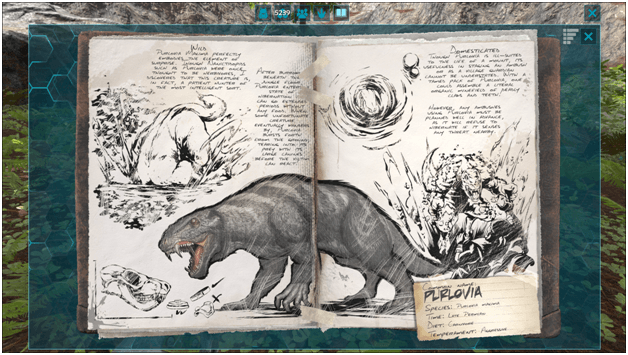 Some have speculated that the Purlovia are herbivores, but more recent experience of those that encounter the Purlovia in the wild found out the hard way that these are carnivorous ambush predators.

As an ambush predator, the Purlovia has found its own way of conserving its energy and being more effective at hunting by burrowing underground before pouncing on unsuspecting prey.

Tribes utilize Purlovia to ambush enemies that attempt to get too close or when defending a certain location to gain an advantage against opposing tribes. 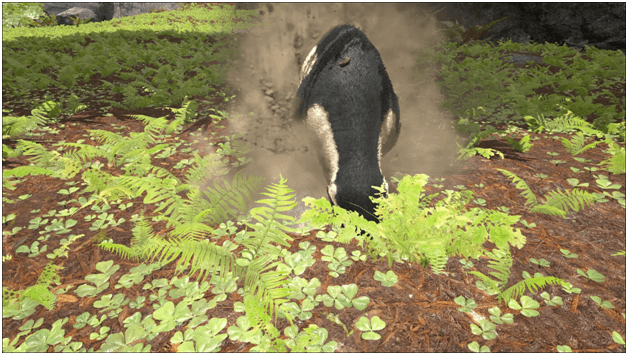 The Purlovia is capable of burrowing in the ground to either hide or to be set to ambush enemies that approach the area it is in. 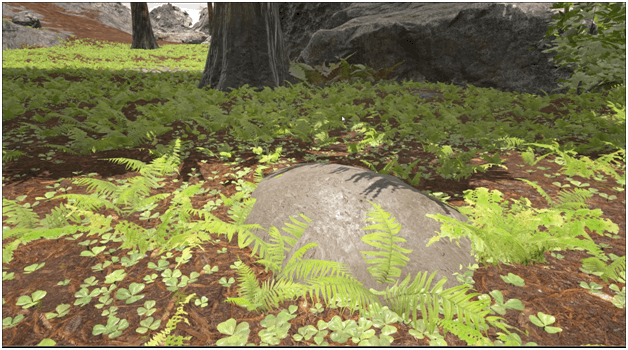 Once burrowed, the Purlovia will remain out of sight and can later on pounce on its enemies as long as they are within range. (The Mound of dirt is invisible to others, and can only be seen by you and your tribe mates.)

To command a Purlovia to Burrow, simply walk up to the tamed Purlovia and interact with it or select the action from its command wheel. 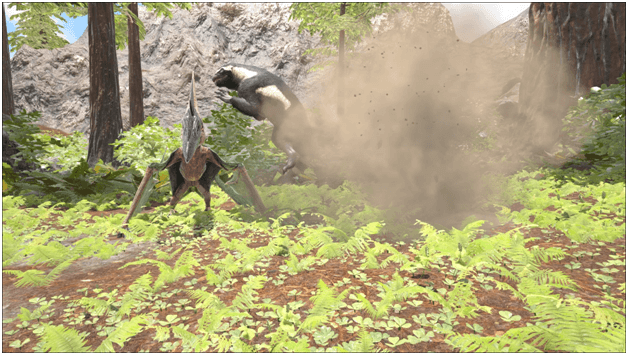 A Purlovia that is burrowed can pounce on enemies that get within range depending on which behavior is selected.

Can be set up by accessing tamed behaviors in the command wheel.

Purlovias can burrow and be set to attack at a certain range and once they attack from their burrowed state they will stun their target and even dismount the rider.

Because of its ability to burrow and remain undetected, items may be kept in its inventory so that in case a raid occurs, there will be a stash of valuables set aside.

Usually Burrowed in the wild it is hard to find them and probably once you find them they can knock you off your mount and stun you while tearing into you which is at most times unsurvivable.

Some ways to force them out of their burrows is either taking chances by riding a medium sized dino and running around in the redwoods and taking chances of it attacking you which can be fatal. 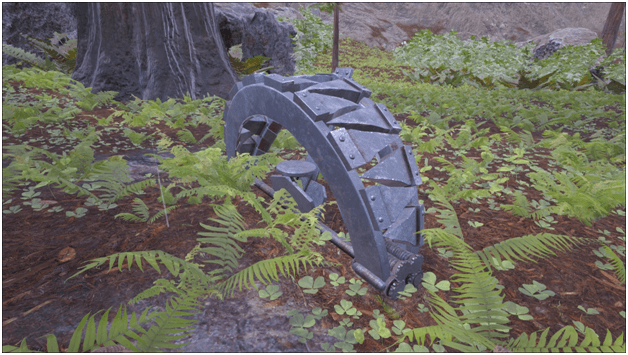 This Method can hold them for much longer than a bola, you can lure them into it which can give you more than enough time to tranq them. 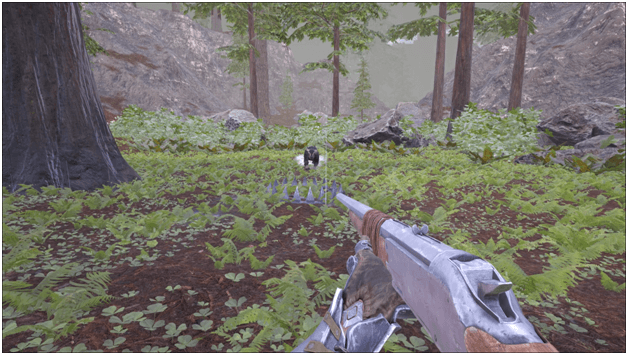 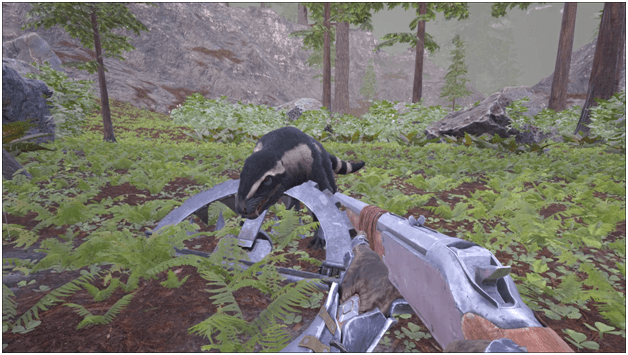 Lure the Purlovia by shooting at it and make sure that it runs towards the Bear Trap that is between you and it.

Once the Purlovia is caught in the Bear Trap, begin knocking it out with your taming weapons. 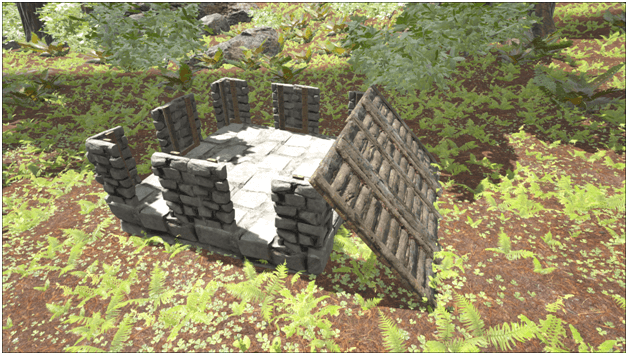 This is an inexpensive and reusable trap that can be used for other medium sized land creatures you are trying to tame in the area besides the Purlovia. 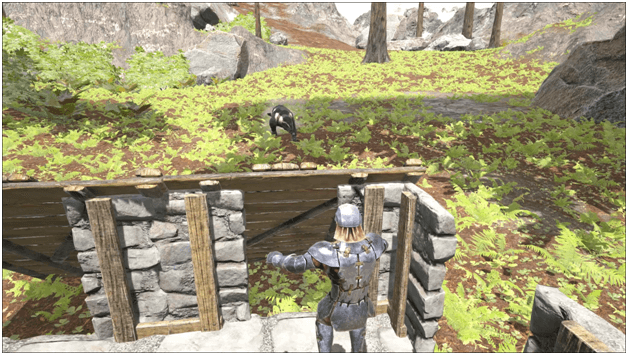 Simply build the trap of foundations surrounded by door frames and ramps on one side to create the trap and begin to lure to Purlovia towards it. 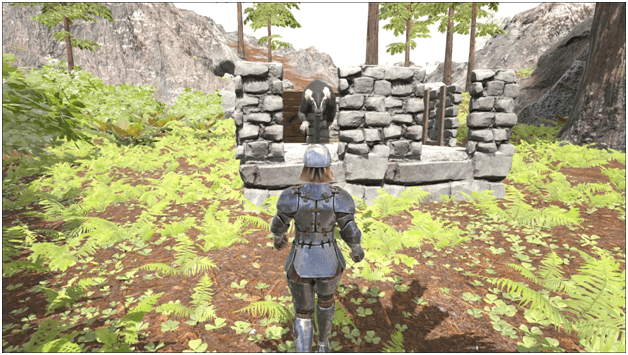 As the Purlovia approaches the trap, walk backwards and allow it to fall inside the trap where you will have safely gotten out. 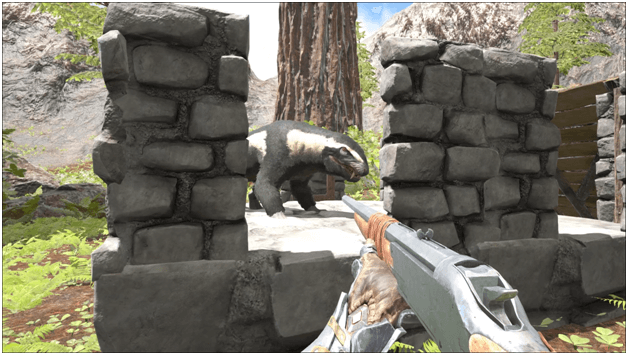 Once the Purlovia is trapped, you and any other tribe members can now freely knock it out from a safe distance. 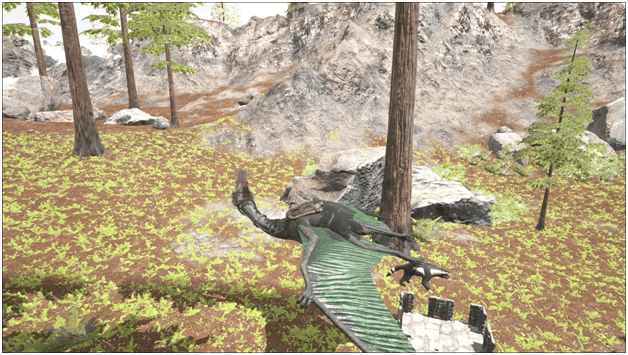 Instead of looking around for a Purlovia and building a trap near it, you can pick the creature up and bring it to a prebuilt trap by grabbing it with a large flyer and dropping it in the trap.

The Purlovia is not a rideable mount as of the moment but they can keep pace with most land creatures or carried if a cryo pod is unavailable. 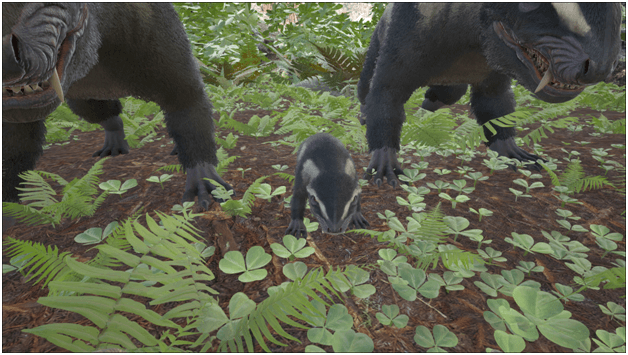 After mating, the female Purlovia will begin the process of gestating and later on give birth to a baby Purlovia. 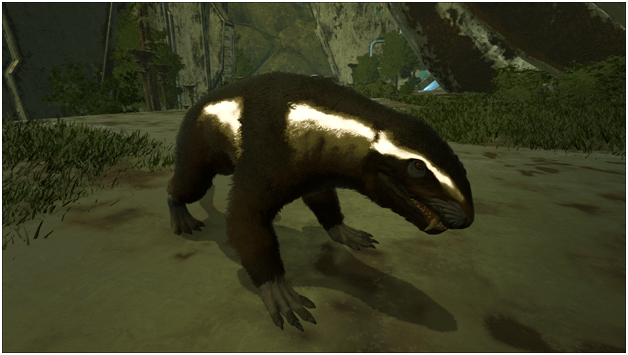 Aberrant Purlovia can be found on the Aberration map.

Purlovia can be found usually found burrowed in the Redwood Forest or the Snow Forests of the tundra.

Maps where there are Purlovia:

The following are spawn maps where the Purlovia can be found 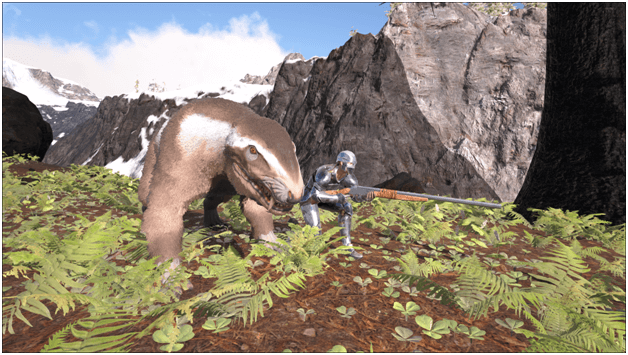 The Purlovia are one of the reasons why most people traverse the Redwood forest cautiously since getting ambushed by these creatures often times means death to the unfortunate victim.

When you seek to find Purlovia in their natural habitat, you don’t find them, they find you and this is something that most survivors must be very cautious of.

Overall, Purlovia are great tames either for setting up a trap in blindspots as an early defensive measure for tribes or as traps when luring tribes in for an ambush.