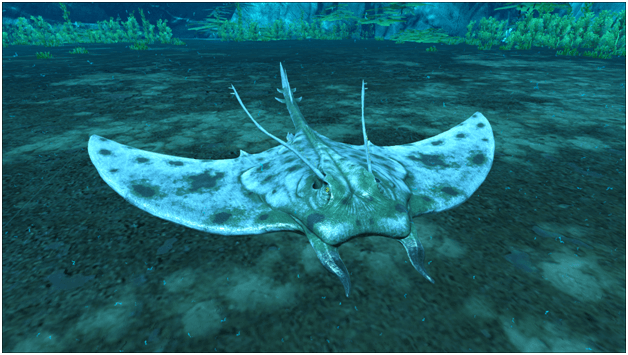 Manta Mobula are underwater carnivores from the early Oligocene to Holocene period that have an aggressive temperament.

These creatures have a resemblance to the modern stingray and are even more aggressive and deadlier along with a sign of higher intelligence.

Mantas can usually be seen on the shallower parts of the ocean and are sometimes unnoticed due to their small size.

Survivors that enter the water will not always be pursued by a Manta but when getting too close, this tends to change and the creature will attempt to attack at once.

Tamed Manta are one of the favorite choices of tribes due to its ability to shatter ores with its tail, making it excellent for farming different resources from them. 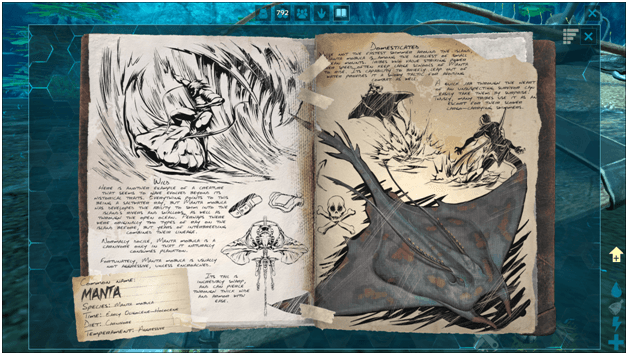 The Manta has evolved beyond its species and is now capable of swimming in different water areas and it has even developed the ability to jump out of the water and cross great distances.

Manta do not usually attack humans or other tames but once they feel provoked wherein, they are approached at a certain distance, they will attempt to attack.

The tail of the Manta is extremely sharp and is known to be able to pierce the thickest of hide and even crafted armor, making its attacks quite fatal to those who are not prepared for it.

This creature may not be the fastest but it is very agile and can be used well in getting around and quickly escaping danger or even for attacking. 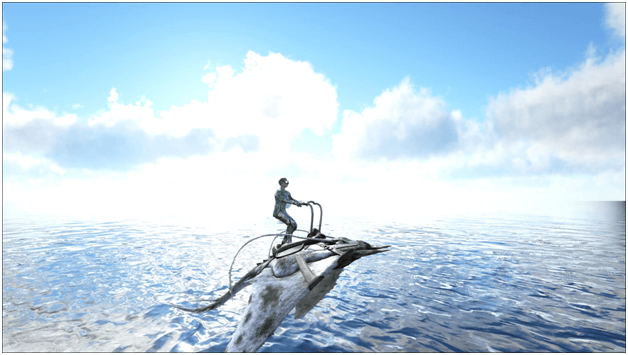 While near the surface, the Manta is capable of jumping out of the water and travelling through the air for a short distance, escaping trouble or reaching enemies that are not in the water.

Beware that the Manta may end up dying if it does not land in the water after the jump.

Press the jump button near the surface of the water.

Being able to effectively maneuver around in the water along with is fast speed and ability to jump across small distances, the Manta makes a good scout and can stay safe most of the time.

While the Manta isn’t the strongest creature, it is capable of swimming past creatures and attacking repeatedly to deal up a large amount of damage after consecutive hits.

How to Tame Manta? 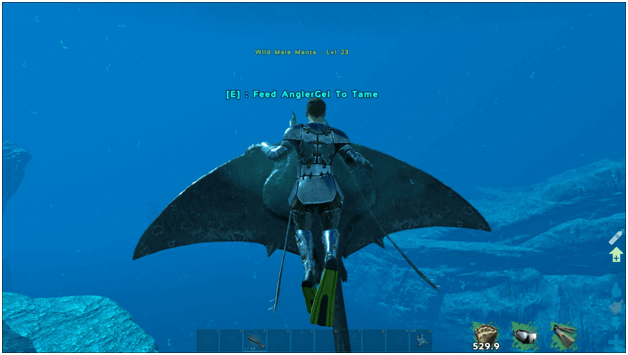 Mantas are Passive tames and in order to get close to one without being attacked, you must you Bug Repellant before approaching it to feed it with its taming food.

The Manta prefers Angler Gel over most food but later on will eat regular types of meat to sustain itself. 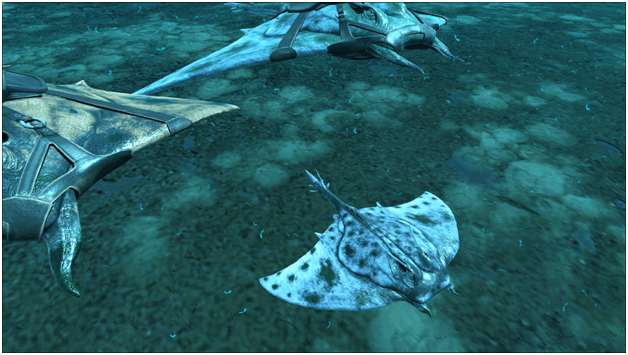 Once two Manta have finished the breeding process, the female will gestate and later on give birth to a Baby Manta. 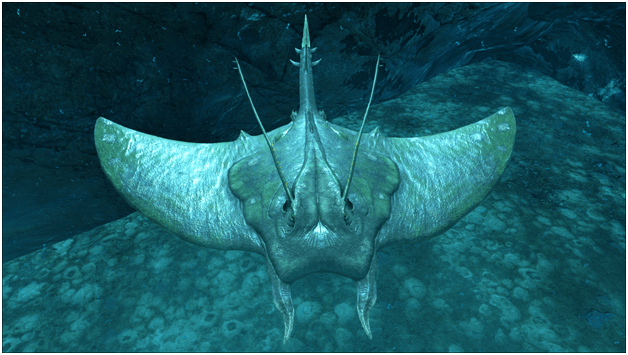 Aberrant Manta can be found in the Aberration map.

Manta are usually found in the ocean and other inland water areas mainly near the shore but are sometimes seen in deeper parts of the ocean as well.

Maps where the Manta spawns:

The following are spawn maps where the Manta can be found 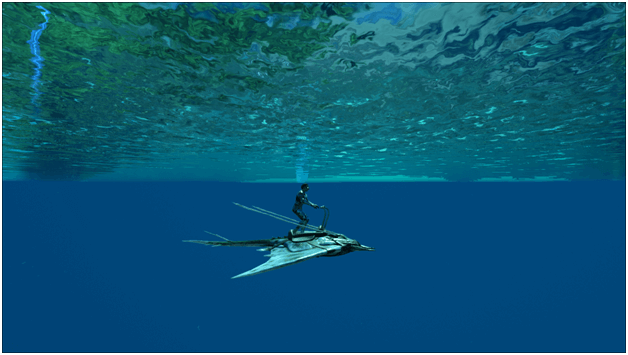 These creatures look harmless to most survivors but once they become aggressive, a lot can change quickly as they are deadly and fast which can result in survivors getting killed more often than expected.

Usually seen near shore and following Basilosaurus, Mantas tend to wander around searching for plankton to feed on but do tend to kill survivors and other tames when given the chance.

Tribes utilize these quick creatures due to their speed and ability to leap out of the water which make exploring and checking locations much easier for those without fast water mounds.