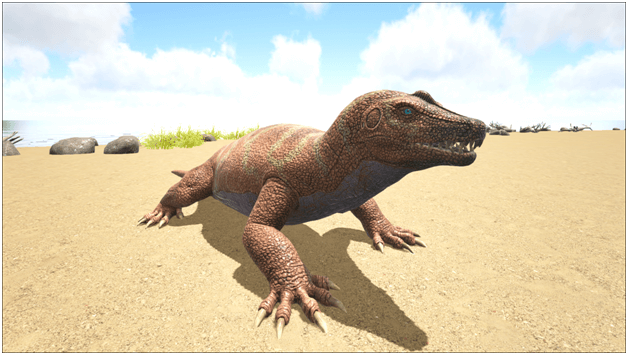 Megalania Muruspede are carnivores with an aggressive temperament that appeared during the Late Holocene Epoch.

This creature has a resemblance to the modern day komodo dragon and is capable of climbing on surfaces with its sharp claws.

Usually seen roaming near certain beaches or in caves, the Megalania can be sometimes hard to notice due to its color disguising it with the terrain or even surfaces in caves that it clings to.

Humans are considered easy prey for the Megalania so naturally these creatures will attack by biting them which can prove to be fatal due to the mega rabies that can be inflicted upon them.

Tribes have captured and tamed Megalania for their natural ability to climb up walls, helping raiders scale built fortifications with little effort and infecting enemies that try to fight back with mega rabies. 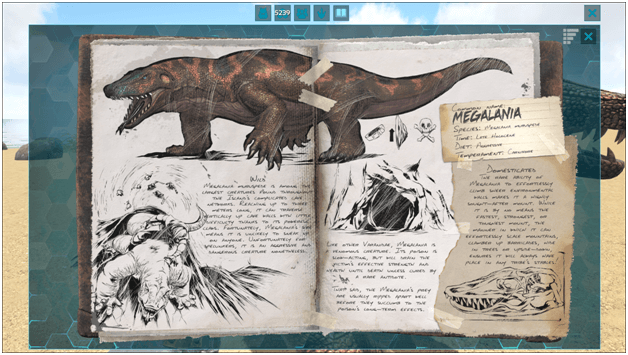 Megalania is one of the largest creatures that can be found in the caves networks where they use their large claws to  climb up surfaces and stalk around preparing to chase their victims.

Like the other poisonous threats of the cave system, Megalania has its own poison that can drain the strength and health of its victim, all the while ripping them apart with its powerful bites and claws.

Tribe utilizes the ability of the Megalania to climb and scale walls with ease, carrying the rider as it climbs on surfaces or through bases and even helping get a good vantage point atop trees. 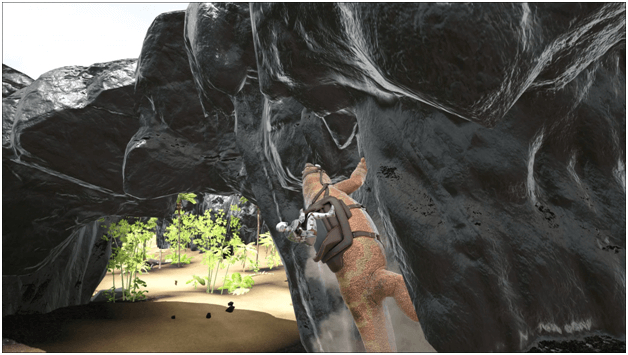 Using its sharp claws, the Megalania is capable of climbing different surfaces to get over obstacles or to stay hidden from enemies.

The Megalanias attack can affect its target with Mega Rabies, draining their health and stamina. (can be cured with Lesser Antidote.

Being able to climb up surfaces and even trees, the Megalania is a great mount to have for scouts, since they can easily find other ways to reach target locations if the path is cut off.

Not only can the Megalania go head on in a fight, but it also can be very deadly to enemy survivors due to the Mega Rabies it can inflict them with.

The Megalanina can climb up or cling to walls tame it easier to keep distance between you and the wild creatures you want to tame allowing a safer taming experience. 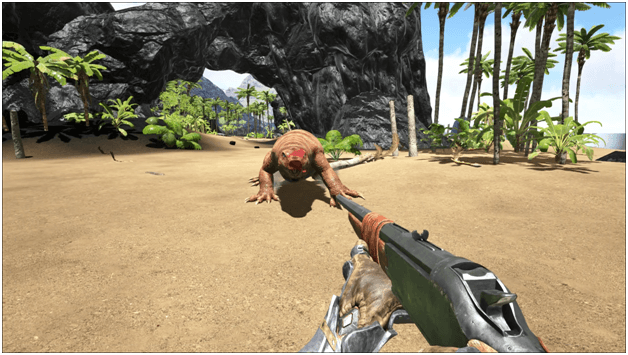 Megalania are pretty easy to tame as they do not walk fast when they are wild, giving you an easy way to knock them out with torpor inflicting weapons.

It is also possible to use a Bola on the Megalania to immobilize it and make the taming process very easy to do. 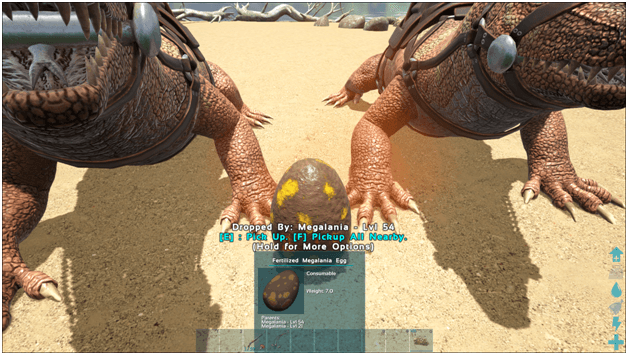 After mating, the female Megalania will lay a Fertilized Megalania Egg that is brown in color with yellow spots. 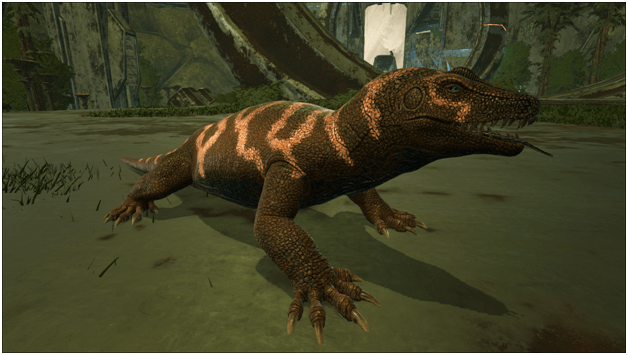 At the moment, no maps contain the Aberrant Megalania but the creature does exist.

Megalania can be found in the many cave networks usually seen on the walls or ceilings of the cave system.

Maps where there are Megalania:

The following are spawn maps where the Megalania can be found 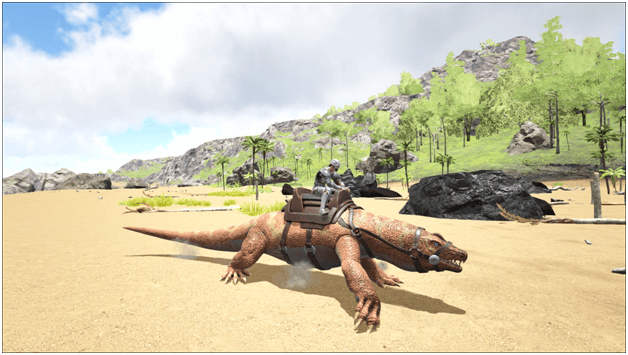 Megalania are cave dwelling predators that prey on other creatures in the cave systems, giving them a really threatening reputation that is known by explorers.

The Megalania’s special claws allow it to climb up walls and ceilings making these creatures quite a challenge to face when attacked by one or more.

Tribes that utilize the Megalania usually make use of its ability to climb to get around safely or to have an advantage during a raid as well as its ability to inflict Mega Rabies which can cause problems for enemy tribes.