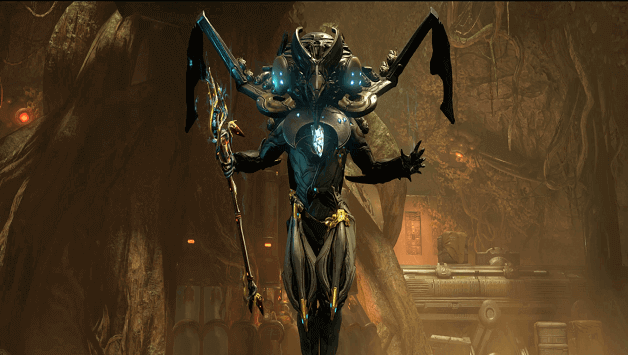 Boreal’s Set Mods are one of the 3 Archon set mods that can be obtained by players who have been introduced to The New War.

Heavily influenced by Boreal, these mods are useful for improving the defense of players who air usually airborne and improve their shields and ability efficiency.

While these are named after Boreal, the mods in the set are not obtained from the Archon but instead can be acquired through Narmer bounties.

How To Get Boreal’s Mods?

You will be able to obtain Boreal’s Mods after you have completed The New War, which unlocks special bounties known as Narmer bounties.

These bounties replace the normal enemies that you find in either the Plains of Eidolon or Orb Vallis with Narmer enemies and show the aftermath of the story. 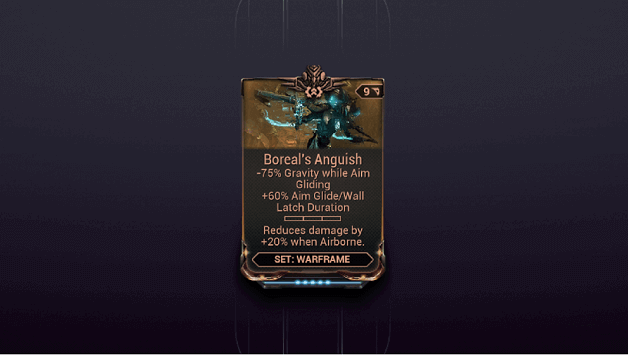 Boreal’s Anguish reduces the gravity when you are aim gliding starting with -12.5% reaching up to -75% while also increasing the duration of aim gliding/wall latching by 10% up to 60%.

The reduction to gravity will allow your character to somewhat float better when airborne while the addition to aim gliding and latch duration allows you to stay off the ground longer. 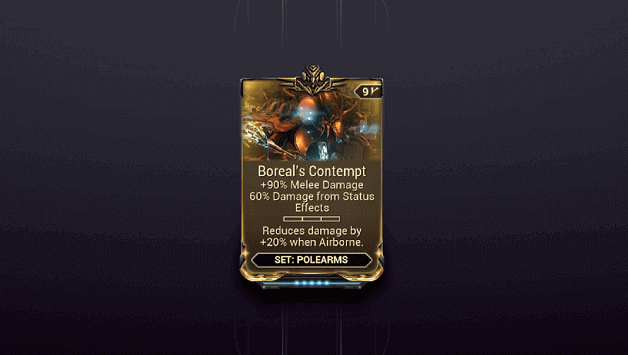 Boreal’s Contempt adds melee damage which starts from 15% and reaches 90% at max rank while also providing an additional amount of status effect damage by 10% up to 60%.

This mod is a perfect addition to weapons regardless of your builds due to the increase in melee damage alone while also making status chance builds more effective.

Currently, this mod only provides 30% damage from status effects instead of 60% at the moment. 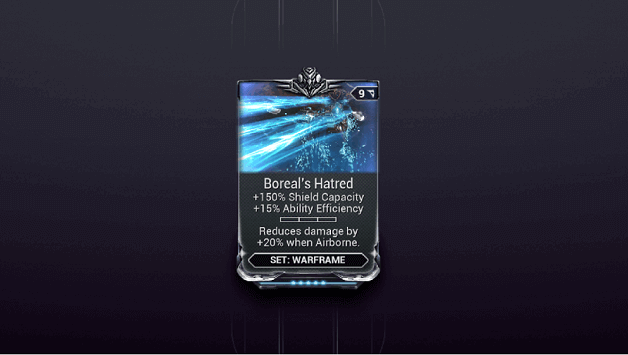 Boreal’s Hatred improves your shield capacity by 25% up to 150% when maxed out and provides you with 2.5% up to 15% additional ability efficiency.

Warframes that depend more on shields will benefit from this, especially if they commonly cast abilities since the additional efficiency can reduce cooldowns.

Boreal’s Set Mods provide you with reduced damage when you are airborne, making this an excellent set for those who are usually airborne, jump often and maneuver a lot.

Depending on how many Boreal’s Set Mods you have, the damage reduction provided starts from 20% and may reach 60% when all 3 are equipped.