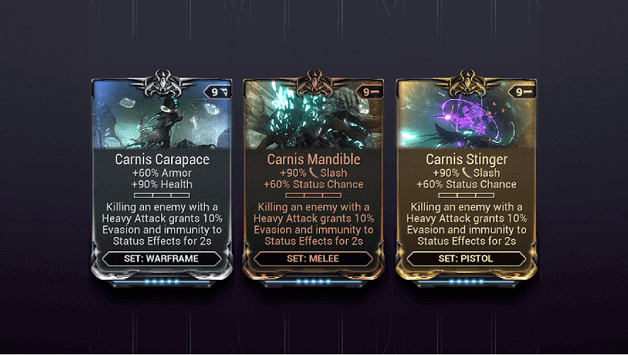 The Carnis Set Mods are a set of mods that come together to improve the Slash Damage as well as Status Chance of melee weapons and pistols.

As a set, these mods will provide your Warframe with increased evasion as well as an immunity to Status Effects for a short period after killing with a Heavy Attack.

Warframes that tend to slice and dice their way through enemies will make good use of this mod set for more survivability among crowds or when fighting stronger enemies.

How To Get Carnis Mods?

The main way to obtain Carnis Mods is to complete bounties that can be obtained in the Cambion Drift, providing you with a chance to acquire them.

It is also possible to obtain these bounties as drops from a Deimos Carnis Rex. 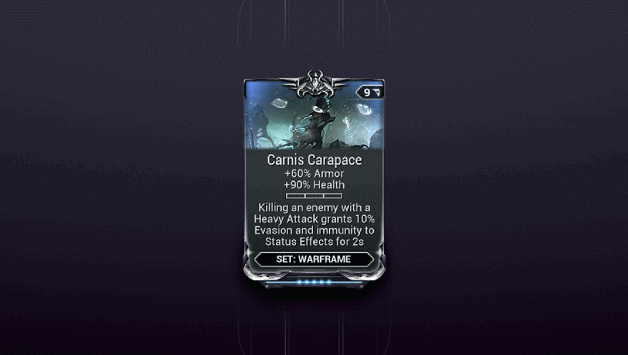 Carnis Carapce improves your Armor starting at 10% reaching 60% while also increasing your health beginning with 15% up to 90% depending on the rank of the mod.

This improves the survivability of your Warframe by allowing you to withstand more damage with higher Health and reduce incoming damage with increased Armor. 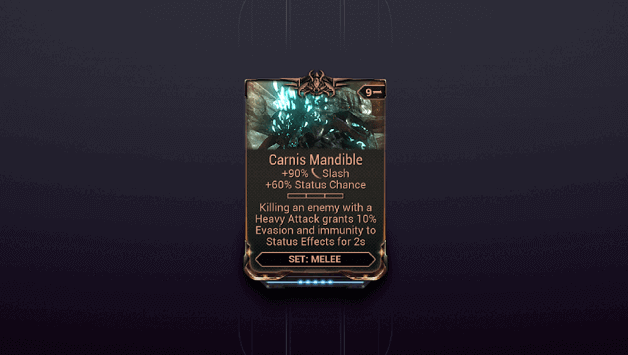 Carnis Mandible buffs up your Slash Damage by increasing it by 15% reaching up to 90% while also adding an increase in Status Chance by 10% up to 60% depending on its rank.

The Slash Damage works well with melee weapons that have it as the main damage type, and the additional Status Chance can inflict Status Effects such as Bleeding. 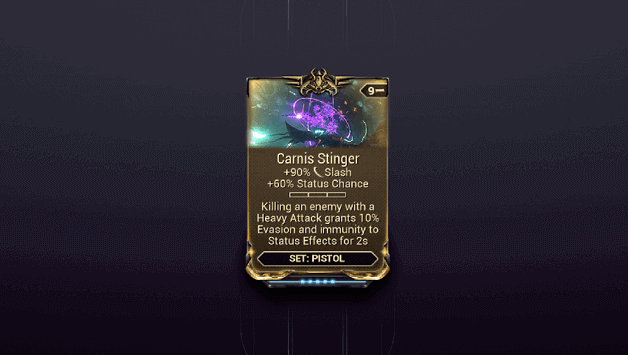 Carnis Stinger is meant for Pistols and will increase their damage by adding 15% to 90% Slash Damage as well as 10% to 60% Status Chance.

The increase in Slash Damage will work well with certain Pistols that deal mainly Slash Damage and will also help with adding Status Effects.

The Carnis Set Mods allow you to obtain a buff that increases your Evasion and Status Effect Immunity for a certain amount of time.

The More Carnis Set Mods that you have equipped, the better the increase in Evasion as well as the longer the Status Effect Immunity will be.