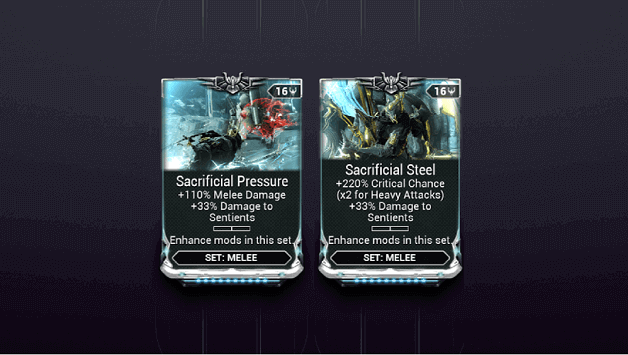 Rewarded from The Sacrifice quest, the Sacrificial Set Mods are some of the most powerful melee weapon mods that you can get in the game.

These mods are considered to be legendary variants of the Pressure Point and True Steel mods which are commonly equipped on a majority of melee weapons.

Another unique stat shared among these mods is their bonus damage against Sentients, allowing you to upgrade your weapons for facing such enemies.

Equipping both of these mods on your weapon will boost one another, making the stats of these two mods increase even more.

How To Get Sacrificial Mods?

Upon completion of the quest called The Sacrifice, which explores the lore around the Excalibur Umbra Warframe and a sacrifice that was made.

You will be rewarded with the Excalibur Umbra Warframe which has the Skiajati weapon and its Exalted Umbra Blade already equipped with these mods.

These mods are rewarded along with the other equipment once you complete The Sacrifice. 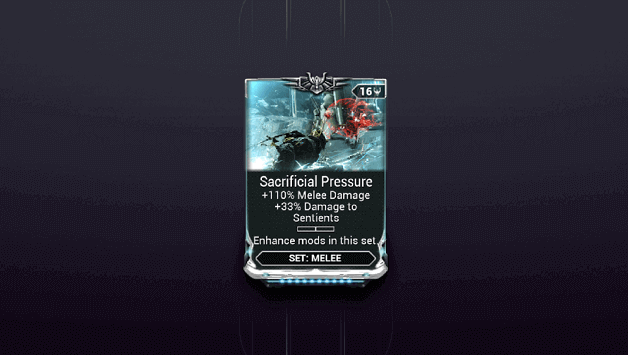 The Sacrificial Pressure mod is a substitute for Pressure Point and will further increase the capability of your weapon, providing 10% up to 110% melee damage based on rank.

When attacking Sentients, there will be an increase in damage which ranges from 3% up to 33% when the mod is maxed out.

This makes the overall damage of your melee weapon even greater and will allow you to kill Sentients with lesser trouble. 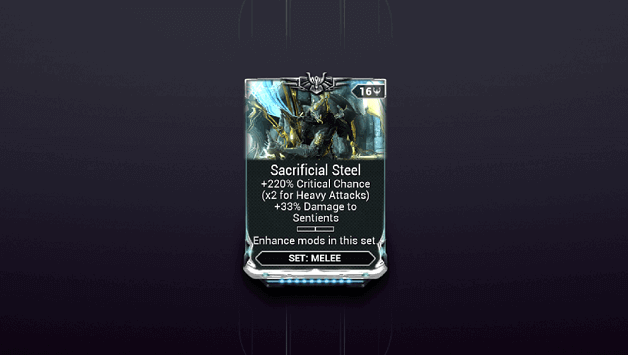 Sacrificial Steel offers an increase in the critical chance which begins at 20% and reaches up to 220% when the mod is maxed out.

Aside from the critical chance, there will be additional bonus damage to Sentients starting from 3% up to 33%.

Using this mode will improve your overall critical chance with your weapon and make it more efficient against Sentient enemies.

Performing heavy attacks with this mod equipped will double the critical chance of the weapon you are using.

The melee damage increase from Sacrificial Pressure begins from 12.5% and will reach up to 137.5% when at full rank.

Sacrificial Steel will provide a critical chance starting from 25% reaching up to 275% when the mod is ranked to its maximum.

With both Sacrificial Mods equipped, the following stats will be obtained: