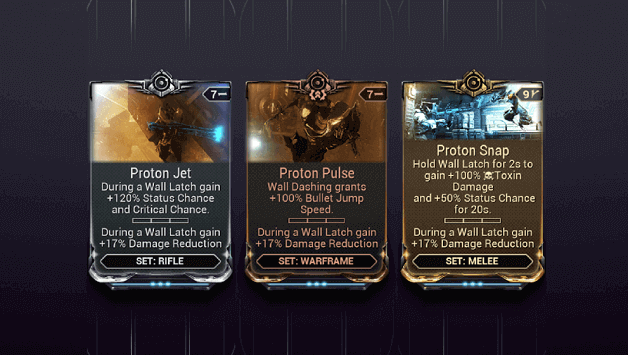 Proton Set Mods is a set that provides you with different buffs when you perform and Wall Latch as well as a Wall Dash, more for Wall Latching.

When you perform a wall dash, your Bullet Jump Speed will increase, providing you more mobility as you move from wall to wall.

This mod set emphasized greatly latching on to walls, providing you with the abovementioned buffs while also reducing damage received when latched.

How To Get Proton Mods?

Proton Mods can be obtained by defeating Amalgam enemies that are on Jupiter and are also among the different rewards in the Ganymede disruption mission on Jupiter.

These mods are rewarded depending on which rotation you complete and may be acquired by chance, making it necessary to grind for them. 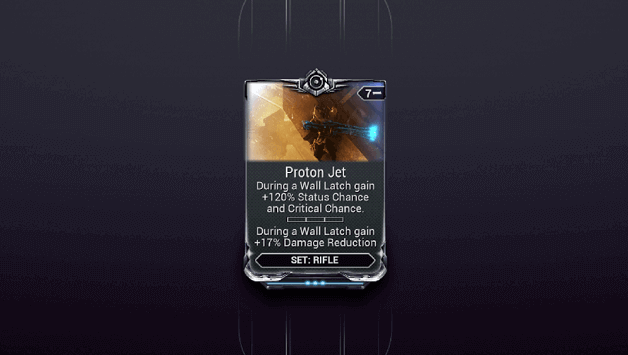 Proton Jet increases your Status Chance and Critical Chance by 30% reaching up to 120% depending on the rank of the mod.

This will most likely increase your damage per second due to the heightened critical chance as well as the possibility of inflicting status effects on your targets.

This buff only applies to your equipped rifle and will remain as long as you are latched to a wall. 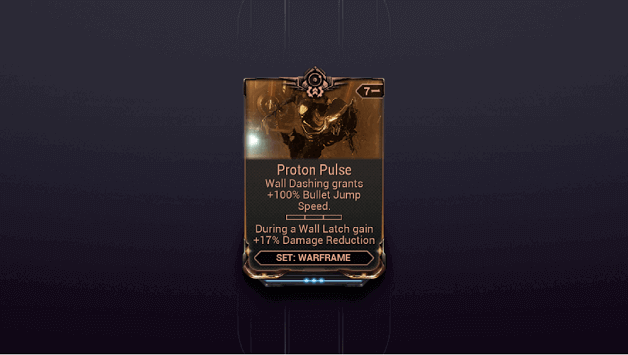 The Proton Pulse mod increases your Bullet Jump Speed whenever you do a wall dash, allowing you to maneuver faster and repeatedly perform quick movements.

Your Warframe’s Bullet Jump Speed increases starting at 25% and will reach up to 100% when Proton Pulse is at its max rank. 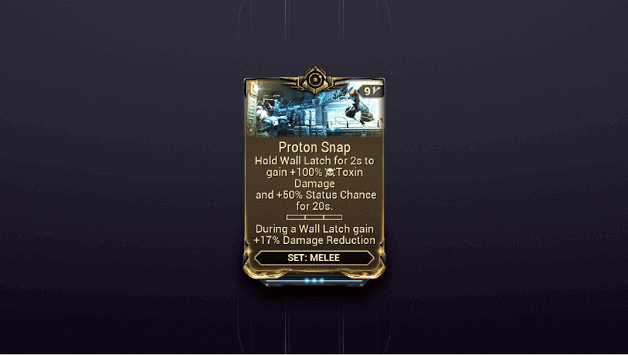 Proton Snap will add Toxin Damage and Status Chance to your attacks for 20 seconds after you have latched to a wall.

Toxin Damage is increased starting from 25% up to 100% while status chance begins with 12.5% and will reach 50% when Proton Snap is maxed out.

The Buff Duration of Proton Snap will last from 5 seconds reaching a maximum duration of 20 seconds at full rank.

A good technique is to wall latch first and use your rifle first while you are wall latched and to charge in on with your melee once 2 seconds or more has passed for the buff.

The Proton Mods will provide you with a set bonus that increases your damage reduction when you are latched to a wall.

More Proton Mods equipped will improve the amount of damage that you resist, starting with 17% and reaching up to 50% when all 3 are equipped.